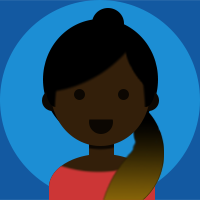 Well everyone it's been an exceptionally fustrating day.

I have a couple of dozen thunderbolt dock G2s, being used with a mix of Zbook 15 g3 and g5 laptops.

However on updating 2 of them, the multi-monitor support(HP Z27 displays) has gone out the window. Randomly plugging out monitors sometimes gets them detected and displaying correctly, and sometimes just causes a blue screen.

Symtpoms are the same with multiple laptops on these docks, switching back to a dock with the base firmware and everything works fine.

Contacted HP support and asked if I could be provided the base firmware so I could downgrade the docks, and was told this wasn't possible.....

Anyone running into any similiar issues? Or was able to obtain the base firmware for the docks? At this point I'm considering just switching manufacturer.

There are some information about other software/driver having interaction with Thunderbold G2 Dock.

I hope it will help you.