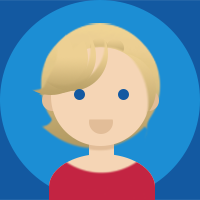 Just received one of the new HP ZBook Studio x360 G5 Mobile Workstation (4NL00) which has both the Intel UHD 630 and the Nvidia Quadro P1000 along with a HP USB-C G4 Dock.  I have two LG 32" HD IPS Monitors (32MA70HY) connected to the dock via DP on both the dock and the monitors, and a LG 55" 4k TV (55UJ6300) connected via HDMI on both the dock and TV.  I've gone through and installed all of the drivers, BIOS/Firmware updates, etc. I could find for both the workstation as well as the dock but I'm still having major issues getting all of the displays up and running.

When all three of the displays are connected, under the "Set up multiple displays" section of the Nvidia Control Panel it shows all three display devices as connected to the Quadro P1000 in the top section of the right window pane, but in the bottom window where you can normally drag each display to match the configuation, all three displays show as a single icon like 1|2|3 and cannot be re-arranged.  Also, the only display that works is the TV which just duplicates what is on the laptop screen, it doesn't extend the desktop.  The two LG monitors just sit and say No Signal Detected before going to sleep.  I can right click on the 1|2|3 icon and there is an option to Extend, but when I click that the Nvidia Control Panel becomes unresponsive and if I let it sit for 5-10 minutes, all displays will flicker as if it's trying to apply the change, but when the displays stop flickering, no changes have been made and nothing happens.

If I open Display Settings at the bottom of the right click menu from the desktop, the section at the top that shows the displays visually only shows a single icon with 1|2 or 2|4 or 1|3, any combination of numbers 1 through 4.  If I scroll to the bottom under the Multiple Displays section and change the selection to Extend, it does not work and will not save the changes.

The only way I've been able to get some of the displays to work is to unplug the HDMI cable from the dock and leave the two LG monitors connected via DP.  When this is done, the desktop extension finally works correctly, the icons in the Nvidia Control Panel are shown as separate icons for each monitor (the 15" laptop display never shows under the Nvidia Control Panel), there are 3 individual icons (one for the 15" laptop display and the other two for the LG monitors) in the Display Settings window and I am able to drag them to the correct position and set them as extended desktops.  Whenever the HDMI cable to the TV is connected to the dock, everything screws up and goes back to what I described in the first few paragraphs above.

UPDATE:  Just tried connecting the HDMI cable for the TV directly into the laptop since there is a single HDMI port, the same issue occurs.  All displays show as a single device in both Nvidia Control Panel (only shows the TV and 2 monitors as a single icon 1|2|3) and under Display Settings (just shows as 1|4, 2|4, 1|3, etc.).  Maybe the issue isn't the dock, but the laptop itself?  Does the Quadro P1000 only support 2 external monitors at a time?

UPDATE2:  After more research on the QuickSpecs sheet for the HP ZBook Studio x360 G5 Mobile Workstation, it appears that 4 external displays can be supported with the Quadro P1000 and the Thunderbolt Dock G2.  It seems like the USB-C Dock G4 is not capable of supporting my current setup, however the documentation for the G4 does say it can support three external monitors, although the resolution would be limited to less than 1920x1080...  I'm confused why it isn't working!