Goodmorning everyone,
I bought a new hp z8 g4 workstation. I need to buy an additional cpu. I purchased the processor (identical to the one already present)
I can not find a suitable heat sink.
I purchased this: http://store.supermicro.com/heatsink/2u-active-cpu-cooler-snk-p0068ap4.html

But the fan on the processor is not recognized.
The motherboard has 5-pin connections, while the fan has only 4.

Obviously I have already contacted HP, I was told that, there is no original spare part at the moment.

The key is the plug..... and the fan.  Assuming the heatsink you have is proper and fits then you'd like to have the same exact fan as on the HP heatsink.  It will be PWM controlled, and the 5th pin is for the ground jumper from pin 1 to 5.  This is like a high percentage of the "Performance" heatsink/fan units that HP uses.... pin 1-5= ground, 12vDC, motor tach back to motherboard, PWM control from motherboard out to fan motor, and the jumper from ground (pin 1) to pin 5.  That extra jumper wire is key.

You can harvest a proper white plug end from an old HP heatsink fan that has one.  I've converted 4 wire HP PWM fans to the 5-pin format and that works fine if you get the right fan to start with.  Pics are here in the forum.  ITC must have those white plastic plug ends for no more than 100.00 each.  They say the fan is 80x80x25 mm.

Don't think that you are not taking some risks here..... for such a nice workstation you'd be wise to try to get an official one straight from HP.

HP picks their fans very carefully (not just any PWM fan will do), but check what the size your new non-HP heatsink uses, and if you wish to do this at least get a corresponding size fan from another HP heatsink from an earlier workstation and monitor temps of CPU0 vs CPU1 carefully at first.  Take some pictures for us, of the official fan label if you can.  If you want to take off the heatsink for CPU0 you'll be able to remover the fan and flip it over and get the OEM info off that, and maybe find one that HP is using for another purpose, and do the project that way.    You might not even have to remove the heatsink to get the fan off and back on.  Some pics: 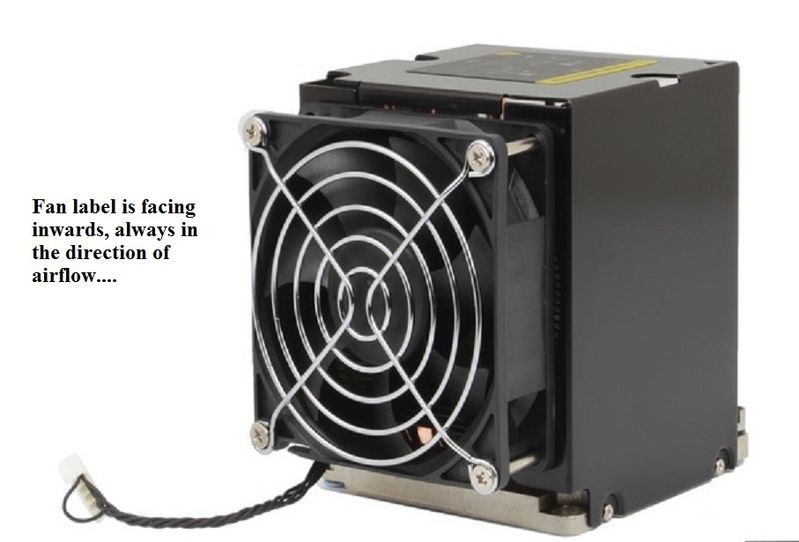 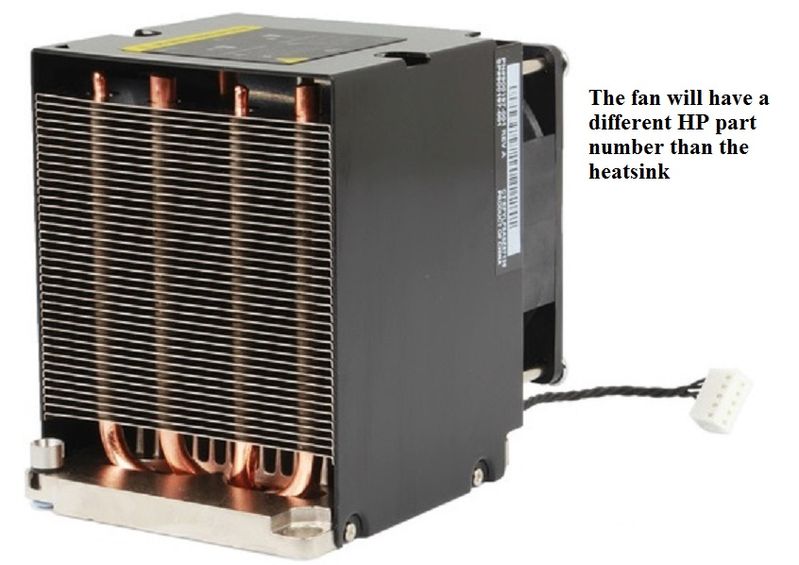 as long as your replacement cooler is rated for 130/150 watts cooling, you can simply add the jumper wire connecting 1/5 together and you will achive the same thing that hp does

HP picks its PWM fans very carefully.  Noctua PWM fans are a good example of what not to use..... excellent fans, fantastic bearings, but tuned by Noctua to run slow and quite.  When those are put into a HP workstation with the 5-pin 4-wire conversion I introduced here the HP PWM control is automatically applied and they run way too slowly to get the job done.  Unintended consequences when I tried those first.

Regular PWM fans run at a normal speed and then have PWM control applied individually to raise or lower the fan speed.  HP has an interconnected complex PWM control system that deals with the whole interconnected "ecosystem" of PWM fans in the case.

One special thing that HP does is spec extra high speed fans with matched high quality expensive bearings that can handle those high speeds, and then starts out with applying a fairly high amount of PWM braking to the fan's high speed via the motherboard's firmware.  Hence you end up with a HP PWM fan that is running just right at normal workstation conditions, using a bearing that will last for a very long time at the speeds HP engineered in.  Then if there is a need to boost global fan speeds HP applies less PWM braking so the fan goes faster as needed.  The PWM control is complex but automatic and balanced.

With this approach you can imagine that if you don't have a PWM fan installed that is just like the one that HP has chosen you'll end up with it being out of synch with the other fans and the motherboard's PWM scheme that balances airflow/fan speeds/noise/targeted cooling.

That is why if you choose to go down this path I'd recommend that you actually get a same-sized fan from another HP Performance heatsink/fan combo (or an OEM equivalent PWM fan from the same vendor).  To find that look at the fan hub's inward directed label and use eBay/google) and use that rather than the original PWM fan that came with your non-HP heatsink.  Also make sure your heatsink has at least the same if not higher heat capacity than HP's original.

My best advice here is to at least first contact HP and see if they will sell you another official one.  It is just a matter of time before these become available from a reasonably priced source, and for newer workstations the HP Parts Store is the best choice.  Next best would be to take the time to see what HP is using and get exactly that fan and modify it as discussed.  I posted way back here on the source of the proper white 5-pin fan plug end, where to get them (mouser.com), their Mouser part numbers, and how to transfer the wires properly.  They are all black, so you must carefully figure out what goes where... the answer is that they go into the plugs in a standard order, and also to raise the edge of the fan's hub label and document where the wires from pins 1-4 connect to the fan motor PCB and then make sure you duplicate that with your chosen fan.