An Unrecoverable has error occured 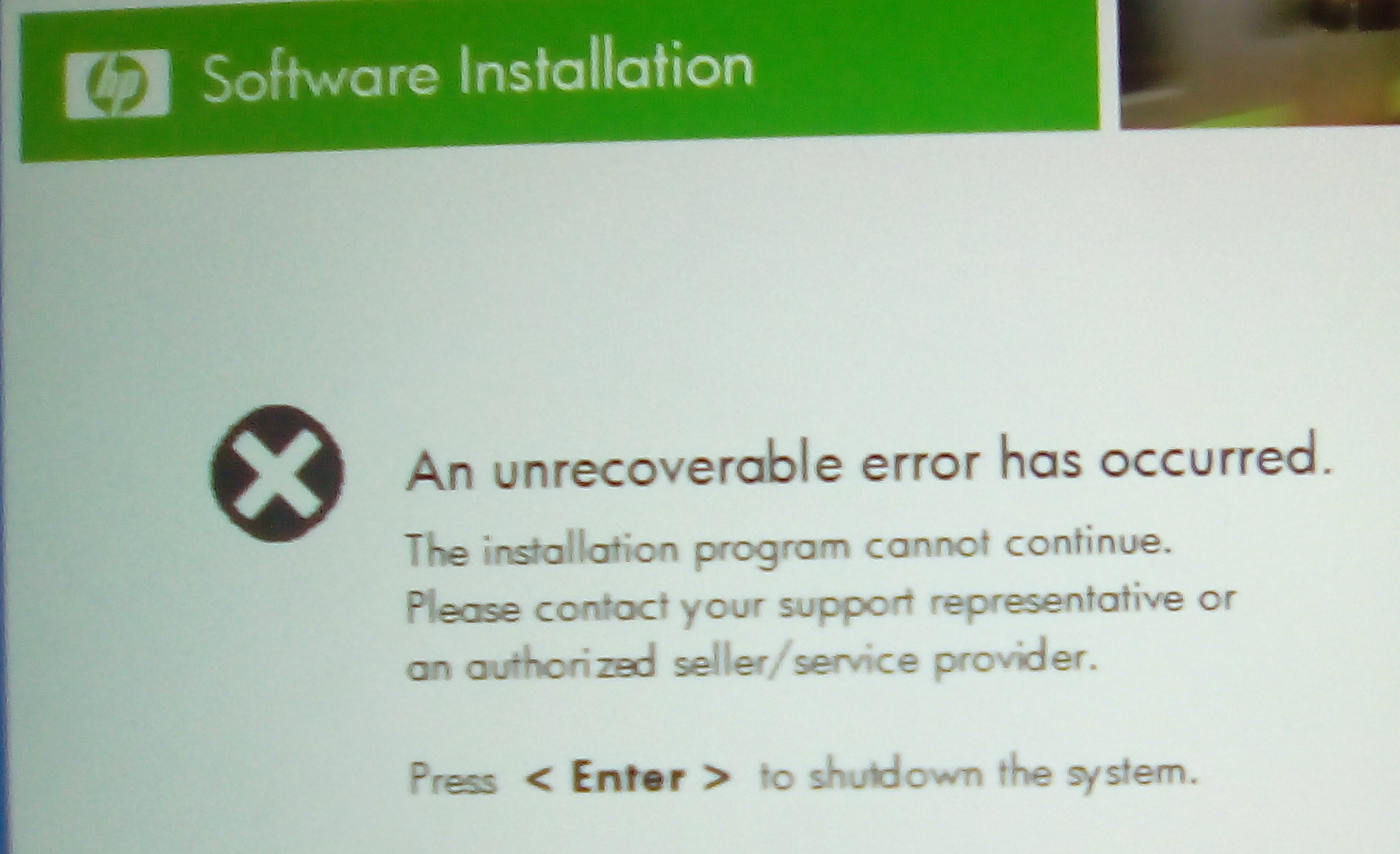 I have reinstalled a workstation HP Z800 and  I have used the disk Recovery that are in equipment of the workstation.

After to have insert one after other the DVD RECOVERY, the procedure for the reinstallation have start but after a bit occured the issue that you find in attachment .

What is the problem

HP uses special data within BIOS to control what is installed via their HP System Recovery Disk(s). This special data is written into BIOS during the manufacture process via HP proprietery tools and the imprtant stuff can't be wrewritten by the owner.

You may see some of this special data listed as BuildID, Featurebyte, etc, via the labels on the chassis itself and within BIOS (by pressing CTRL - A first).

The System Recovery Disks checks such special data within BIOS and take certain actions based on this special data. Some of the actions taken include copying flag files onto the hard disk. The flag files are then referenced after the reboot.

But HP's disks sometimes has issues and the expected flag files are not found as and where expected after the reboot and as such the installation of HP bundles fails with the dreaded "Unrecoverable Error".

The System Recovery Disks also has expectations that the hardware is in the same state as when delivered new and if it is changed in some way it can sometimes cause issues as well.

In my case, i had issues with my Z210 and also experianced "Unrecoverable Errors".  In my case i got around the issue by removing the HDD before the reboot. and placing it in another computer and add the missing flage files (just empty files with specific names in specific locations). It was a long time ago and i can't rememmeber the details now.

In your case, which flag files are missing depends on the buildid and featurebyte and what s/w install actually fails - none of which can be easily found from the error message.  If i still have my notes, i'll look through them and may provide some info so you can fault find and maybe get it working.

However, it will be much easier and more time efficient to simply reinstall a vanila MS OS, presumably Win7, and use the MS 5x5 product key on the label attached to the chassis to activate it. After installing vanilla MS OS, all HP drivers and most HP applications can then be downloaded from HP and installed should you desire.

Mind you, i'd not be surprised if you do have issues with Windows Update as MS has fiddled with it and a clean install of Win7 can result in update problems. Hopefully this has beeen fixed my MS since i last ran into this update after clean install issue.

Thank you for recommend, indeed I try install the workstation with  CD WIN7 and in second time I have install Driver for HP Z800 and all is okay.

Thank you for collaboration.