The normal wiring for the Z620/Z420 workstation's PWM controlled fans is a 5-pin CPU fan header with pins 1->5 being ground, 12VDC power, rotor RPM signal back to motherboard, PWM control signals from motherboard out to rotor, and another ground contact for pin 5 via a short jumper wire from pin 1 to pin 5.

For the Z440/Z640 it is a 6-pin motherboard header with all being the same except HP added another ground jumper from pin 5 to pin 6.  This means you can hang the extra 1/8" length of the wider 6-pin fan plug off the side of the 5-pin motherboard header and things still fit perfectly.  The fit is not loose at all.  Here is a picture of what you end up with, up at the top of the case under the area the power supply sits on:

The Z440/Z640 heatsink/fan has almost exactly twice the cooling fin surface area and 4 cooling tubes instead of the 3 that the Z420/Z620 heatsink/fan has.  For those wanting to overclock their Z420/Z620 workstations this is a nice bit of kit to know about. 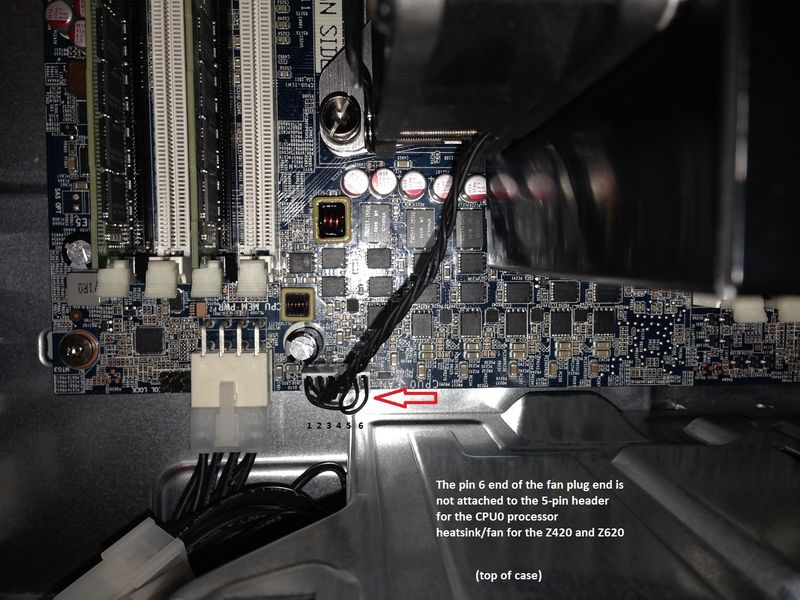 Attached are 3 pics of a Z620 v1 - to Z620 v2 project I'm working on that shows the fan plug in place from the Z440/Z640 heatsink/fan in place.  The image above was a bit confusing because I had the case inverted for that picture.  This pic shows the proper orientation with case upright, and note that pins 1-6 run right to left (front of case to rear of case).  And, that it is the pin 6 receptacle on the fan plug that hangs out in space over the motherboard, with all pins 1-5 of the Z620's motherboard header engaged with the plug.

The other 2 pics show the larger heatsink/fan unit in place both before and after the black plastic memory fans shroud has been put in place. 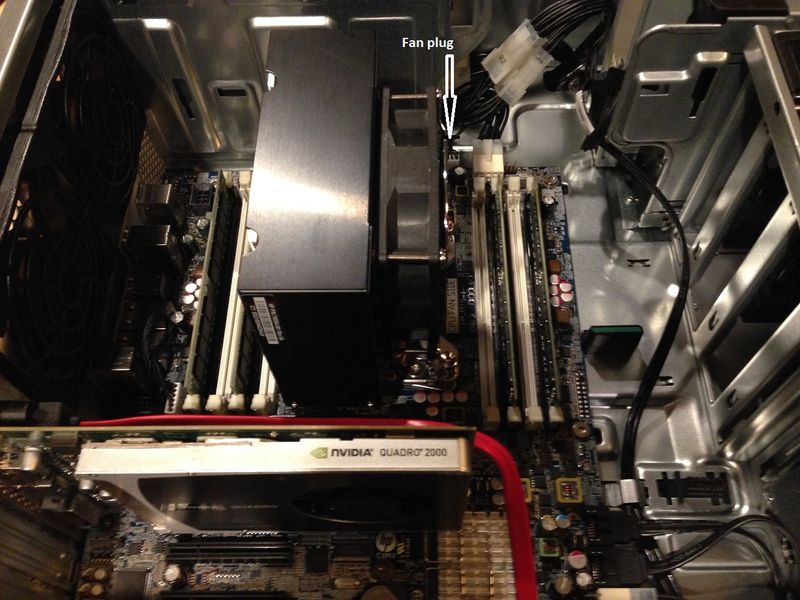 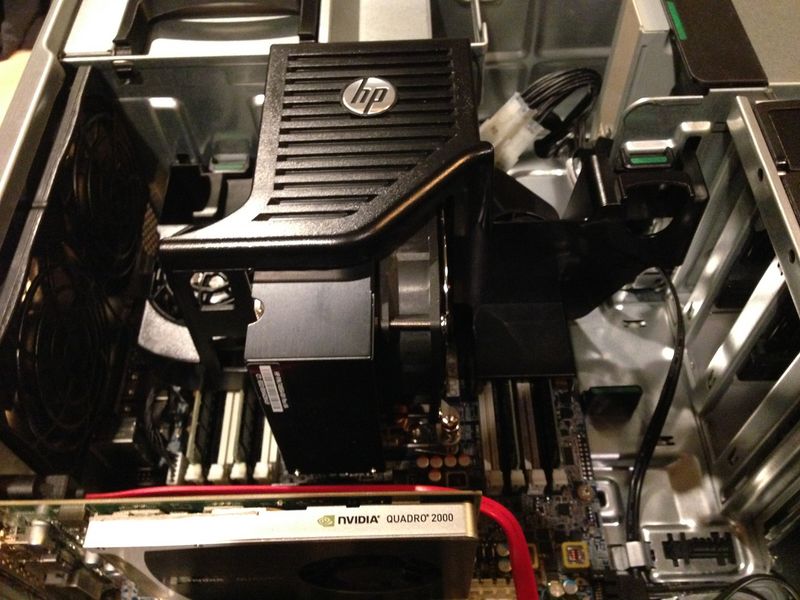 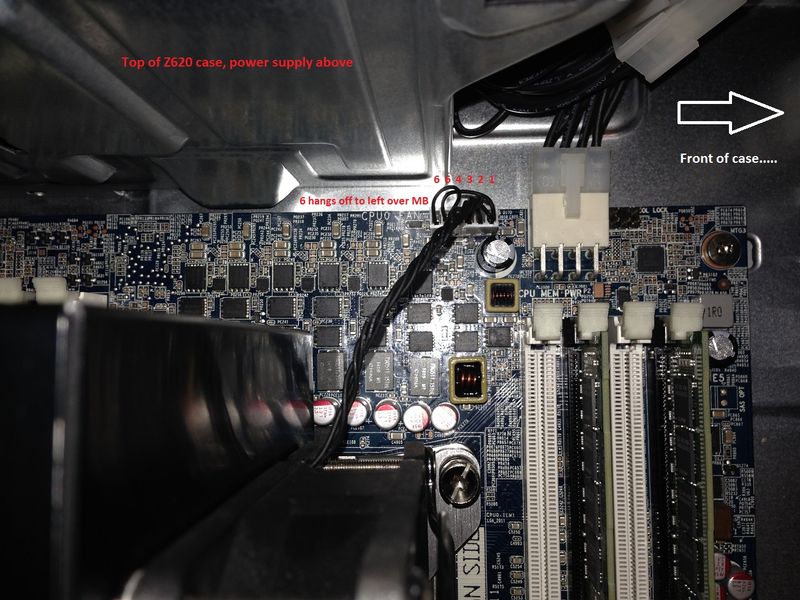