Did you download and install the CORRECT intel 4.5.10.1021 drivers using the direct link i gave you? please confirm

did the 4tb drive show in the bios after connecting it to the "SCU" port?

Did you download and install the CORRECT intel 4.5.10.1021 drivers using the direct link i gave you? please confirm

Yes. i did..please see the first 4 these pictures.. i run IATA_CD 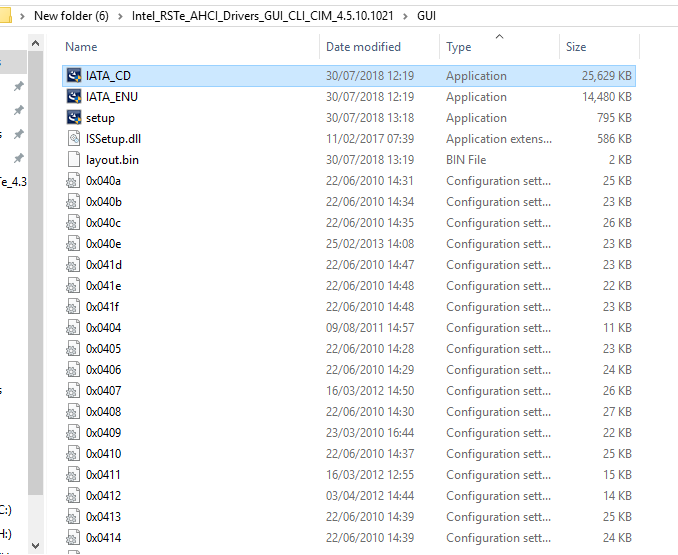 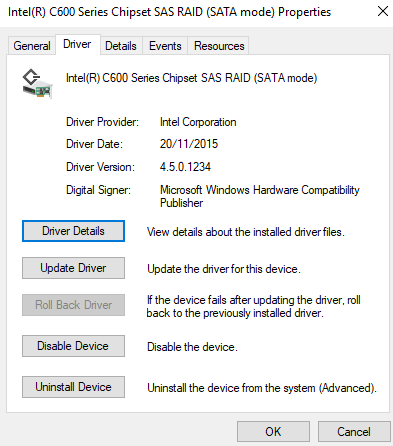 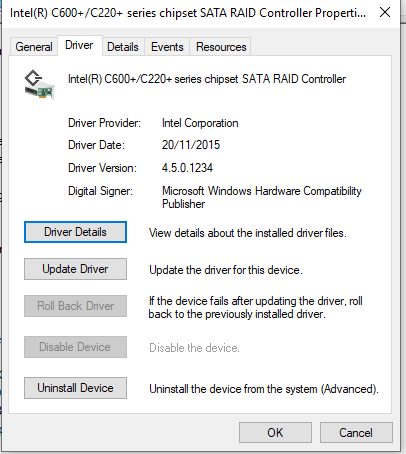 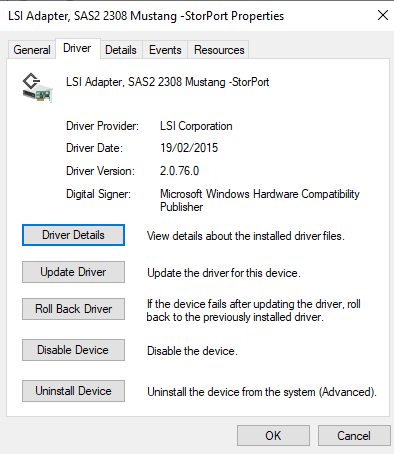 But if I do the same with newly sealed SSD drive, it shows in bios but not in the Windx64 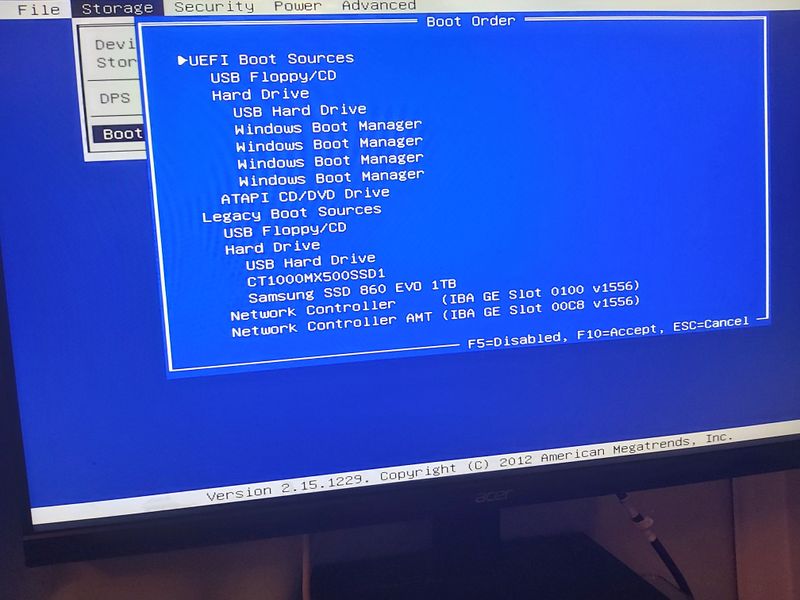 the entries listed as "Windows Boot Manager" are bootable storage devices , this is how they are shown under UEFI

next again i'm confused why would you need to move the DVD sata cable?? it should be connected to one of the two grey/blue native SATA ports along with the boot drive

now, connect JUST THE 4TB sata drive to one of the grey/blue native sata ports and enter the bios, does it show in the bios or as a "windows boot manager" entry

now do the same with your boot disk, again what goes the bios show

next again i'm confused why would you need to move the DVD sata cable?? it should be connected to one of the two grey/blue native SATA ports along with the boot drive

SSD MX500 is the bootable drive, can be seen in Bios and load Wind10x64 properly, no issues, connected to grey native sata 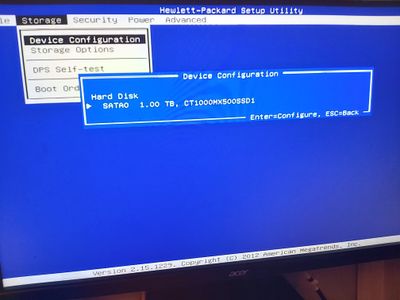 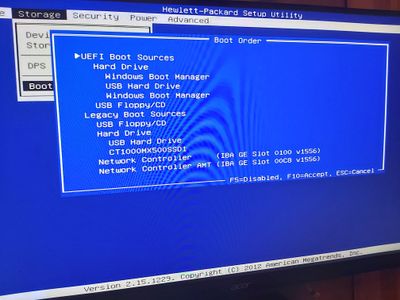 now, connect JUST THE 4TB sata drive to one of the grey/blue native sata ports and enter the bios, does it show in the bios or as a "windows boot manager" entry 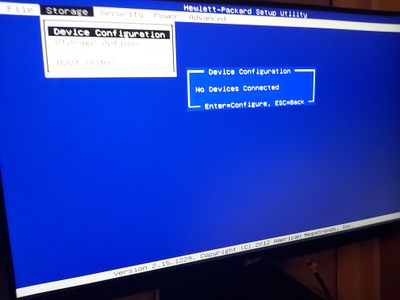 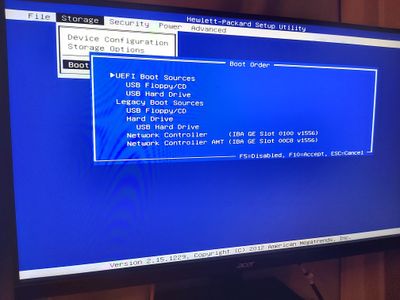 -But When i test this with SATA Seagate 4tb storage nothing is showing, connected to the same port the grey native sata as previously

in the bios confirm both drives show, and are connected to the correct ports then reboot into windows

read the link below,

let me know the result

But the 1tb evo . Sato1 is not showing on Wind10 x64 or in Disk manangement to format it or to  partition it. 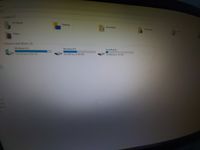 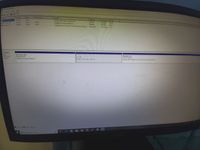 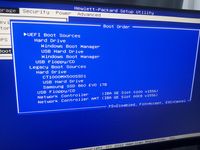 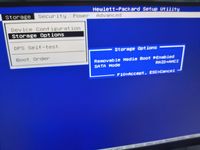 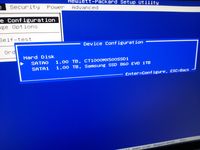 at this point i would back up any data you wish to keep and with only the mx500 installed (and a DVD or usb key) and reinstall windows 10, (remove any existing partitions during the setup)  then only do the MS updates do not install any other drives except for what MS gives you

once the mx500 is done, install the 1TB evo, and see if disk mgmt can see the drive

I recently did a full true clean install of the most recent W10 onto a clean freshly formatted SSD on a Z420 v2 workstation.  I usually do these as starting with a very tuned HP OEM COA W7Pro64 to get the free registration to W10Pro64.  I then launch the setup.exe on the downloaded MS W10 installer thumb drive, and upgrade that to W10 (choosing the "save nothing" option).  The result for years has been no difficulties or "yellow bangs" in Device Manager.  Not so for this clean build.... I did not have the usual "Storage Controller" Device Manager main section with the usual 3 entries I usually see from a normal upgrade install.  Rather, the driver was single, yellow bang, something I've never seen, and "15."x from Microsoft.  Sorry, no pics.

With the advice from this thread I was able to download those latest 4.5.10.1021 drivers, presented by Intel as the last driver set, and then used the "IATA_CD.exe" launch option that the OP used.  This launch .exe is inside the GUI folder only.  That auto-updated the clean install.  Automatically I ended up with all 3 usual drivers and a new Storage Controller main entry in my clean install's W10 Device Manager.  The "15" one and its entry disappeared.  Note that these drivers were built in 2015, for W8, but now Intel says they are for W10 also.  They must have done some extensive testing.

I was stuck at how to upgrade the drivers if I did not already have that main section in the W10's Device Manager.  I know how to do the F6 individual driver update method, but this worked perfectly without even having a target for that process.

To "SDH" there are also4.6.0.2116 drivers that also work on the z820's however these drivers were/are OEM releases and the only difference that i could find with them is they also support the intel optane products, they do however come with F6 drivers i recommend users stay with the 4.5 rste driver as it's fully compatible with the z820 however it appears that the 4.7 rste driver may also work but keep in mind it may not work as well or as fast as the 4.5, this is something the end user will need to test for themselves and if you query the 4.5 setup.exe app you will get the switches to extract all the files contained in the 4.5 installer including the "F6" drivers

and win-raid shows the 4.7 driver they list still has support for the z820's c600 series chipset

Thanks much DGroves.... the "quirk" came faster than I expected.  I'm just happy to get rid of the yellow bang I had using your excellent advice.  Best....