It has been a while since anyone has replied. Simply ask a new question if you would like to start the discussion again.
Highlighted
NGIN
New member
5 4 0 0
Message 1 of 8
1,171
Flag Post

I have done some reaseach on this forum already and I got lucky with the later version of the motherboard. I have 48gb of ram on the way and plan to explore CPU upgrades as funds allow.

Couple of things I am wondering about at this point.

1) The power button LED does not seem to light up. I saw refernce to this issue somewhere and they maybe burnt out. Unless there is a BIOS setting I am missing this seems like the only plausable cause. The machine seems to work as it should.

2) I am missing the top trim grill and the rear handle. I think it was mounted in a rack. Its a minnor thing, but I'd like to replace if I can. I have come up with P/N 536605-001, is this correct? I found one on ebay with a suspect picture, does anyone know of any other sources (I have searched)?

I'll post tomorrow the part number for the switch.... mine had bad LEDs too, and I replaced that.  It requires taking off that far right case cover, but HP has some instructions on that.

Good choice on the SSD.... I'd get the 300GB one instead, however.  Basically you double your SSD space for a little extra money, and the larger size ones do have a bit of a speed advantage.  A key thing is that with the Intel SSDs you get to run their Intel Toolbox software, which is free and excellent.  There is one setting it will advise you to change from stock, and I set up a TRIM event to be scheduled through that software once per week at a time I'm usually going to be using the box so it is not in sleep mode.

That is the 2.5 to 3.5" form factor converter you want.  The Foxconn "BlindMate" receiver is what is meshed into back in the depth of the drive bay.  The male end is on the item you are getting, and it is Foxconn BlindMate too.  Can't do better than that, and made by HP.

The newer Z620 and the older Z600 sliders have different part numbers but work fine in each other.  I'll get you those two part numbers tomorrow too.  Whichever is less expensive is the one to get.....

You're posts on that other thread were my inspiration for this project.  I picked up the 160gb ssd for $24, couldn't come close on the 300gb one. I will have to look in to TRIM events.

The  RAM has been swapped out, I am now running 8gb in all six slots.

Did you have to replace the whole cable or just the board?

You clearly have this well researched.  Here's some info for you (and others in the future):

1.  The HP part numbering system includes both assembly and spares parts numbers for the exact same item, and one can sometimes find better buys for the item on eBay or elsewhere by knowing both.  For my Z600 the part number on the label on the cable was 468625-001 REV:B  and it is the same as 536305-001.  This is the cable that handles the on/off switch with its attached blue LEDs, the system speaker wires, and the thermal heat sensor all in that single cable.  You cannot just buy the switch itself.  The Revision B might indicate that HP figured out how to keep the LED lights going.... it is nice to have that visual indicator because I set my workstations to sleep, and it is handy to know their status that way.

2.  Replacing that cable assembly requires digging in deeper than you might be comfortable with, but it is do-able.  I marked where the zip ties were before I cut them with a Sharpie marker on the metal under the right panel cover.... handy in putting things back together.  The HP video on how to do this is  HERE.

4.  Great buy on that SSD.... these workstations are SATA generation II and so is that version of the Intel SSDs.  Whether it comes from HP or from elsewhere I never have had a problem with those 320 series.  They have some internal capacitors built in to allow auto-save of data if power goes out, unlike the X25-M series.  Remember to leave about 20% of the capacity unused for best performance (overprovisioning).  Schedule TRIM to run once a week via the Intel Toolbox software, and I don't think that will wake a workstation to run TRIM, but not sure on that.  So, it is best to set it for when you're going to be using the workstation, generally.

5.  Memory.... you're ahead of me already!  6 sticks of the same memory is the key for best performance.

6.  Processors:  I officially maxed mine out with 2 x X5675, which run under the "Mainstream" heatsinks that came with this Z600, (they run at 95W each, and the Mainstream heatsinks are rated for that too).  Reportedly, unofficially, the 3.46 MHz X5690 can run with the Z600, and I have a Z400 running with one of those here too.  However, those run hotter at 130W max TDP and thus require the "Performance" heatsinks for the Z600 which are quite expensive (as are the processors).  You can fit a Performance heatsink from the Z400 into one of the two Z600 spots by just bending down the rear bottom air deflector a bit, but the other processor socket positioning requires the more expensive official Z600 Performance version to fit.  The fans are wired the same for both the Z400 and Z600 Performance heatsinks, so the motherboard does not know the difference if you use this method to save some money.

7.  Here is my W7Pro64 WEI summary.  With 2 X5690 processors in there both the Processor and Memory scores would be 7.9.  The X25-M runs a bit faster and in this box it will get 7.7 score reliably, and rarely 7.8, but it maxes out in size at 160GB and does not have the special capacitors I mentioned for data protection in power outtage.  I'm sticking with what I have shown here..... very fast and capable workstation: 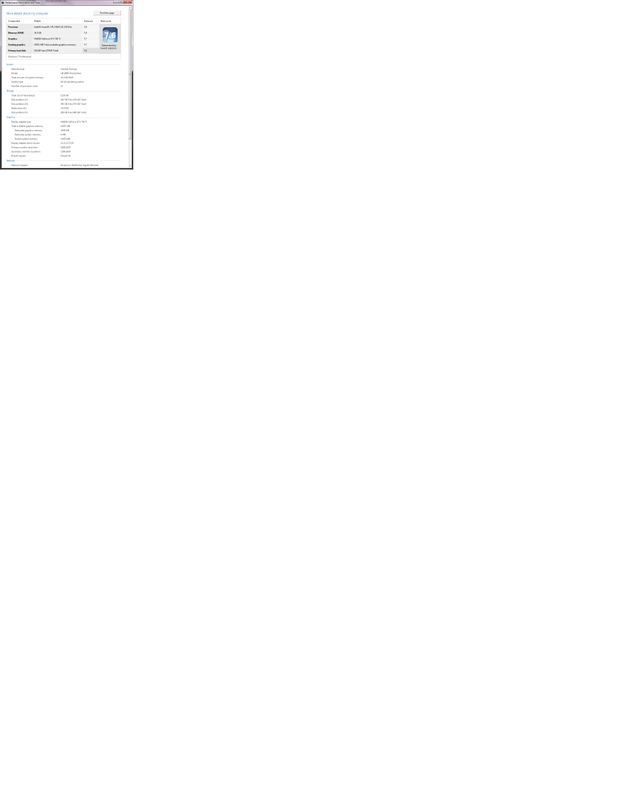 Wow, thank you for the very thorough response! And thanks for finding the Rev B part number for the LCD cable . The orginal is somewhat hard to come buy and is almost 2x the price.

I am somewhat partial X5675 as its a year newer with higher clock speed, however I bought the machine to run VMware Workstation as a home lab to start learning pentesting so I am not sure the higher clock speed is worth the extra money when I am really only after more cores.

You are right that going one step down from the fastest official hexacore processor will save you a disproportionate amount of money.  I'm assuming you are buying used from eBay, as I do.  You also probably are like me in having buyers remorse if I don't buy the fastest official one.... at the end of the listings below are the original from-Intel price, and the price when I looked about 6 months ago used from eBay:

Official Hexacore Processors for the Z600 from QuickSpec v51:

I got the power switch replaced. Thanks for the video, it was a lot easier to follow than the written instructions. The caddies for the SSD should be here tomorrow so I spent the evening building the service stack and convenience roll ups in to a Win 7 iso.

I also got an email notification about a new listing for a pair of X5675s, picked them up for $140. I wasn't planning on doing all the upgrades so fast but I couldn't help myself.

Thanks again for all your help!