DGroves found you a nice drive cage that might fit in.  I like his idea the best if it will fit in the space you have there.  You'd just need to take off the front plastic grill, tape that cage in place inside temporarily, and from the outside mark holes on the cage through the metal case holes in a few spots that line up nicely.  Then take it out and drill elsewhere, and clean well.  There are a lot of holes up front where the official HP drive sled is supposed to be.  There does not appear to be a need for drilling holes in the computer's case metal at all because of the many holes already present to choose from.  There virtually always is room for screw heads or nylock nuts beneath the plastic of the front grill.  This is called a "ghetto mod" which you can be proud of.

Here are a few added ideas... from the picture you posted of the inside of your case:

The yellow arrows show where you would slip in the special HP metric slider screws that hopefully are black screw, silver metal and blue elastomer rubber as shown earlier in this post.  You can check for proper diameter by comparing the size of the extra #6-32 UNC spare ones you have in your case.  Some of the HP M3 slider screws from later were built with a smaller diameter silver metal slider surround.

Note that up front where the drive cage is supposed to be you might choose to zip-tie or screw-on of one of the HP 3.5" drive sleds.  Shown below is an old green one from the xw workstation era.  It is part number is 406006-001 and there are other later HP black drive sleds used in the Z420 and Z440 workstations that are about the same length.  It might fit nicely just above the speaker, sitting on that thin metal shelf, and each flexible arm has an elastomeric mount containing a small metal pin that slips perfectly into the 4 corner mount holes present in all 3.5" drives.  Hopefully you have about 13 cm of spare room from the speaker on "up" that would still give you enough room to mount the unit with a bit of room to spare so you can flex the "top" two arms open to place or remove the HDD thereby.  Here's a couple of pics: 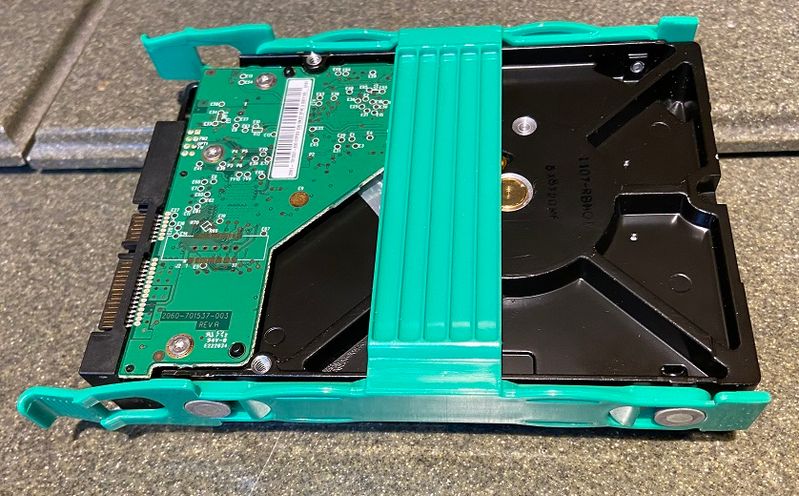 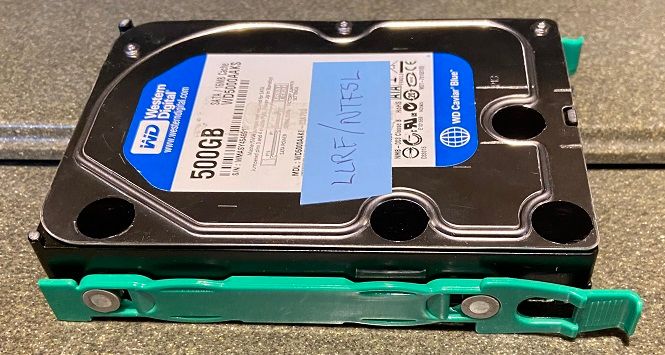 Also, I found some pics from an old project where we mounted a nice strong simple HP 5.25 to 3.5 form factor adapter.  That would slide into your empty 5.25" drive bay.  We left off the front plastic faceplate so it would slide in easily and still give room to replace the front grill of the workstation with nothing showing out front.  We got those for about 5.00 USD each from eBay (vs over 60.00 USD each for the official HP 5.2" form factor sled/black plastic faceplate that let you mount a 3.5" HDD into a 5.25" bay).  One trick to know with this kit is to drill off that one projecting threaded metal spot I show in the picture on both of the two side rails.  That projection forces the finished unit to be just a bit too wide by about 1/8" there, and by drilling it flush you get a perfect flush fit.  The second trick is those black short M3 screws are designed by HP to slide into each of the slots built into the metal sides of the HP 5.25" drive bay.  I hope you have some spares of those.  The pics below are from the official HP kit and show exactly where the different screws go.  There are other similar non-HP ones out there that are pretty easy to find: 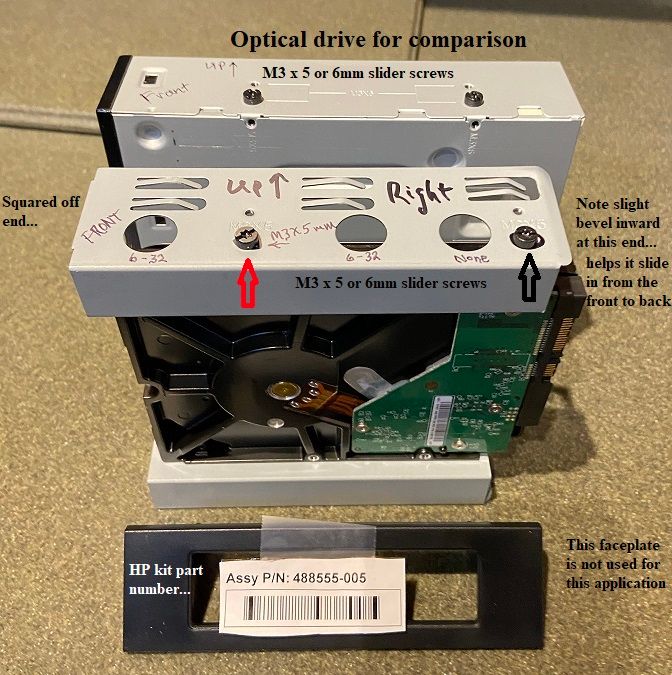 Good luck to you on your project.