1 processor is fine but when I install the second one it refuses to boot and the fans just run full speed.

After searching I found that my heat sinks might be the problem. The heatsinks that I have are 2x 463990-001.

Will these high performance heatsinks fit in the Z600?

Any advice would be appreciated. Thank you.

to use dual 56xx cpu's you will need to buy a rev 2 motherboard, the riser card works with both board revisions

and yes, the higher wattage cpu's should be used with the optional performance heatsinks

Agree with DGroves except the "riser" he refers to is for the Z620.  The Z600 has both sockets built into the one motherboard.  He knows that, just moving fast.

Those processors are an excellent choice for a v2 motherboard, and are 95W rated, as are your heatsinks... .those are what I use.  They are the "Mainstream" heatsinks for this workstation; the "Performance" rated ones are rare and expensive.  Now you just need to buy a version 2 motherboard and swap it in, which is not too difficult at all.  Tape up and out the cables as you release them, and put them back in with the new used motherboard.

Read up in here on how to ensure you pick a version 2 motherboard from eBay.  The board may be "branded" for use under Windows in which case you can use the HP OEM COA installer CD set.  You would not know that unless you had a HP install set and tried to use it once you got the motherboard.  If that does not work you just need to install W7Pro64 some other way and then W10Pro64 activate it.  These run great under W10 off a SSD, and I use another SSD as my "documents" drive.

One benefit of the v2 in the Z600 is that it can run the 8GB sticks I've been posting about recently.... the sticks that were used in many servers, and I have posted pics of those.  At 6 sticks at about 10.00 each with good eBay skills that is not a bad price for 48GB of RAM.  Those sticks are rated for higher speed but they will downregulate to your processor's speed.  I've done that experiment for you already.

Hi SDH and thank you for the feedback. I ordered 2 x5570 in the meantime that I want to test out first. Cheap as chips on eBay for just over 25 euros. If these don't give me the performance boost I'm looking for I'll take a look at swapping out the motherboard. That part that I need is the SP#591184-001 am I correct? Also, not that expensive on eBay. Thank you.

So, look for a bar code label with the number on the right side ending in -003.  Never buy one that ends with -001 or -002.  The top pic is the one to buy, not the bottom pic one.  Communicate to the seller what you must have.... I've seen some sellers use the wrong picture.  Get that communication documented either in your messages or on the message to seller part of the buy documentation. 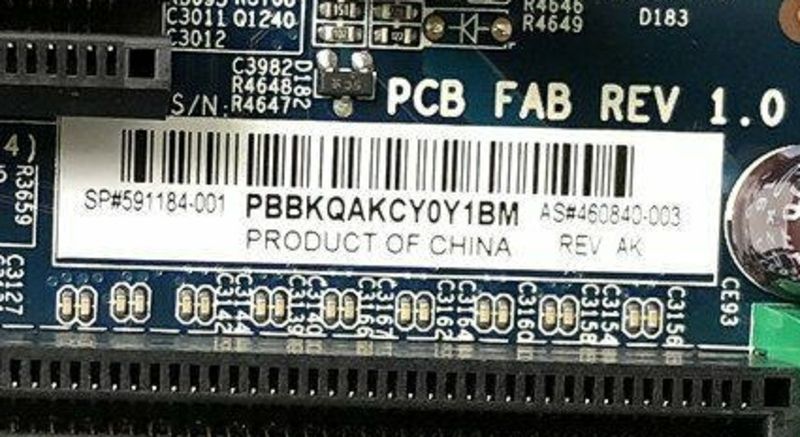 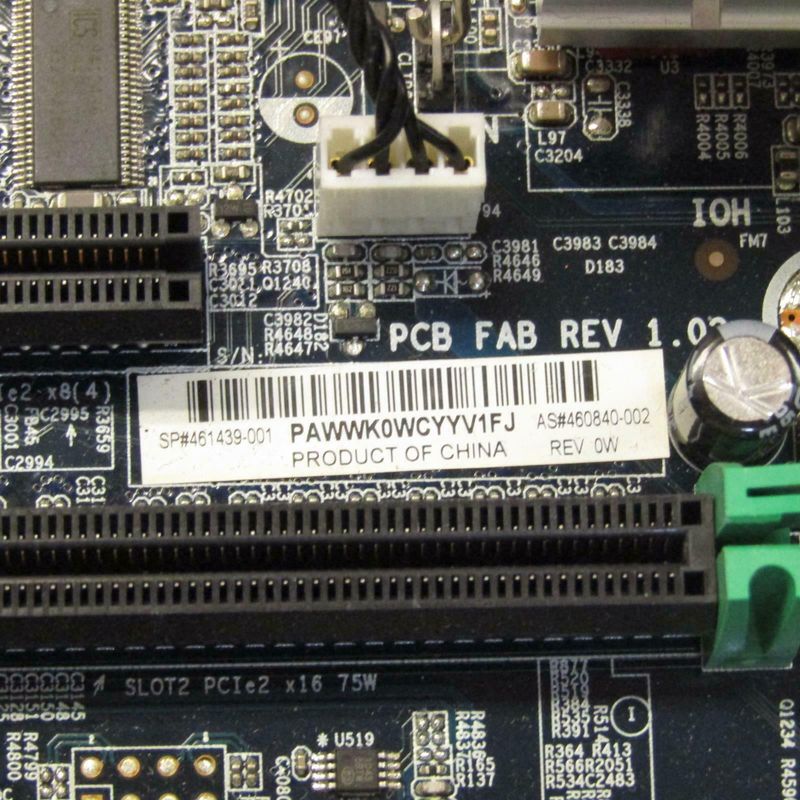 I finally did what you suggested. Switched out the motherboard for a V2 and installed 2x X5675. All working perfectly atm.

Noticeable increase in response time. Now with some extra memory I'm good for the next couple of years. Thank you. 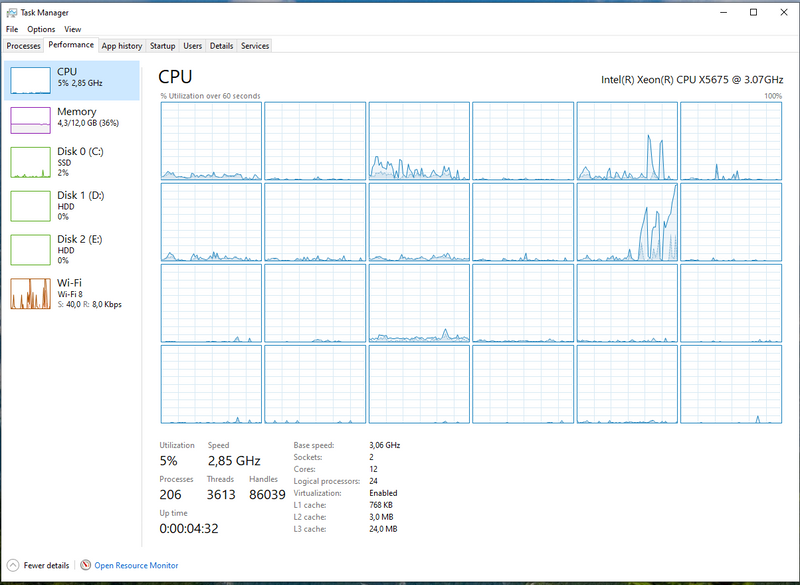 Happy to help.... that is a great workstation when optimized the way we've developed here in the forum.  It helps that a number of the best parts were also used in now-retired servers so there is a good source of quality used parts such as fast memory and fastest processors.  For perspective... it is hard to beat up a processor or memory stick if it has only been run at stock specifications and therefore the quality of these used parts on eBay tends to be very high.  The X5765 sold new by Intel is listed at $1443.00 USD.  Today on eBay from trusted US sellers you can get a used one for about $36.00 including shipping.