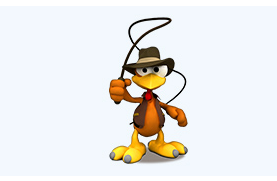 The point is that the wiring is not as the Block Diagrams shows
and the bank numbering on the board is different from the documentation!

Listed in BIOS and CPU-Z as

So far, it seems likely the problem is some difference(s) in the processors.

It may be that the different year of manufacture mean the stepping is different and in some way the two CPU's can't sync properly between the two. I've only ever had two dual processor systems (Dell Precision T5500 and HP 620 (2X E5-2690) and in both cases the the processors were identical. When I bought the E5-2690's it was as a pair. A search for "Xeon E5-2680 v4"  and then selecting "Images" and zooming in showed at least five different designations.

Just to eliminate them as a possibility, consider ensuring:

1. That the BIOS is the latest

2. That the chipset driver is the latest

3. Checking the RAM slots carefully for signs of damage or debris

4. Trying to run the system with one module (= absolutely identical) in the SLOT 1 of each processor

5. Then, run the system with one CPU, trying both in succession.

If this system is being used professionally, consider buying another E5-2680 v4 that is completely identical to either CPU that has been proven to work. Or better, buy an identical pair from one source.  In the US, these are surprisingly affordable for a  competent 14-core that cost over $1,700 new. The work time lost may be less in value than the purchase.  Anyway, selling the previous purchases may recover all or almost  all of the costs.

-I didn't use that a system a long while as 3D CAD requires the best single-thread performance rather than many threads.

Thanks a lot for your reply I have summarized all the scenarios here: 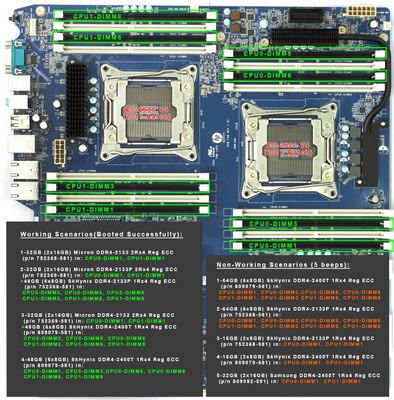 Thanks a lot for your reply

HP performance advisor shows they have the same stepping: 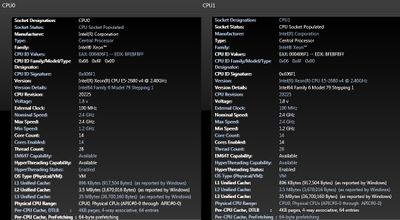 2. I have updated the chipset driver to the latest version

4. I have done that already as shown above only works with original Micron dimms

This is most likely the issue.

I once had a clone of a HP XW8600 and the builder had put in two processors that were the same, but each one came from different bathces and did not have share the same stepping. In short there were lot´s of issues and the Intel Workstation motherboard fired off error codes when booting. (Blinking diodes back on the motherboard, first green and after a couple of boots yellow)

All issues were solved when they put in two matching processors, matching batch, matching stepping.

One year later i got a HP Z800 with dual Xeons and the watercooling unit failed for one processor so the computer died. HP on-site warranty replaced the water cooling, the motherboard, and both processors. The set of processors were a matched pair, not just two processors that shared the same name, in this case Intel Xeon X5650.

Worth checking out iow.

HP Recommended
Was this reply helpful? Yes No

Thanks a lot for your reply, I had a similar issue with my xw8400 the seller installed a 2nd identical (5160) processor pulled from another unit. I went through the same nightmare (bios beeps) until I found the modules that worked.

Thanks a lot for your reply, yes it seems Dell and HP systems behave differently with the same processor

I have ran the latest version of Intel processor identification utility, it failed to identify the 2nd e5-2680 V4 processor although it is there in bios and can be identified with any other utility, I have read the known issues, it states that older versions v4.7 of the utility does not accurately identify the number of physical processors within a multi-socket configuration, but that wasn't true when I ran the latest version with xw8600 and xw8400

I don't know what that means with regard to the issue I'm facing, but I hope if anyone who have a z840 with dual processors could run the latest version of utility and share the result

are your cpu's "ES" or "QS" ?? non retail cpu's can have undocumented issues i had a QS cpu that would not work with a retail cpu as a secondary processor due to the ES cpu having a QPI link that was a lower value than a retail cpu

Thanks a lot for your reply, both are retail versions SR2N7 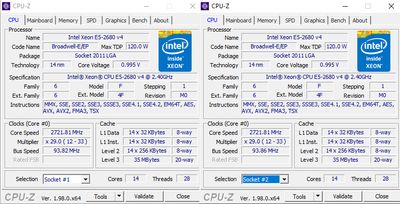 at this point I'm going to recommend you go to crucial.com and get two sticks of approved ram for the z840 or just get the numbers and check ebay for used modules