The sp73254 Intel chipset drivers are installed. I have tried installing the Win7 x64 driver directly from TI (1.16.0) and the sp60962 Zx20 driver from HP (available for Win 7), and in both cases, the driver installs fine, but REDUCES performance. I can find no driver update to improve performance.

So...is the TI chipset just inferior, or is there some special driver that will improve things?

I realize that pushing maximum throughput across the USB 3.0 (3.1 gen 1) interface is something that few people would have had the hardware to test when the Z420 and Z620 were first released. 330 MB/s isn't bad (and is far better than USB 2.0), but it's not great, either, by today's standards. 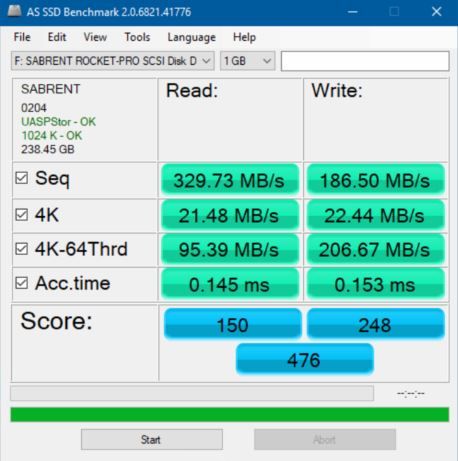 (1)
I have the same question