Hello, I recently picked up a friends z820, and it does not post. I have tried almost everything to figure out the problem. I have taken all the ram out and  booted the PC, it error's with the red led and 5 beeps. CPU has ben tested working on another unit, along with the GPU I have. The PC does start up fine but the fans get louder after like 20 seconds, I found a similar post regarding the issure HERE

So I went and I have tried to jump the Crisis recovery to pins 1-2 and loaded a usb with my bios firmware. I have done almost everything and I cannot get the red recovery led to show along with the beeps. So I am now stuck. I know the motherboard kinda works with not detecting ram, I have tried a CMOS reset that hasn't done it. Any help would be appreciated!!

Don't give up on the z820 M/B yet.  The symptoms described are exactly those of a corrupted BIOS and it's possible the M/B may be recovered using the crisis recovery jumper.  That has been tried. However, the process is nowhere near automatic: the USB BIOS BIN file has to be setup carefully,  in a FAT32,partition less than 1GB, one RAM module, run with no other drives in the system, and- importantly, the USB needs to be removed at a particular time. The timing of the USB removal is the most nebulous factor and seems to require mutiple atttempts.  See SDH's excellent description of the process:

I was fortunate in recovering a z620 M/B on the first try, but I had the benefit of the above guide and other sources, one of which mentioned  the USB sub-1GB partition size.  Someone- HP are you listening?- should make a YouTube video of this as it might save a lot of agony and expense for HP users. This problem is not restricted to zX20 systems either.

Given the symptoms, it seems worthwhile to try the crisis recovery again, methodically, and often.  I saved a z620 and SDH recovered a z620 previously destined  for the rubbish bin.

By the way, the z820 is the only zX20 system for which the manual mentions the crisis recovery jumper.  If the z620 manual had mentioned the jumpoer and process, I could've avoided buying a replacement motherboard (which I was able to return though) and this: 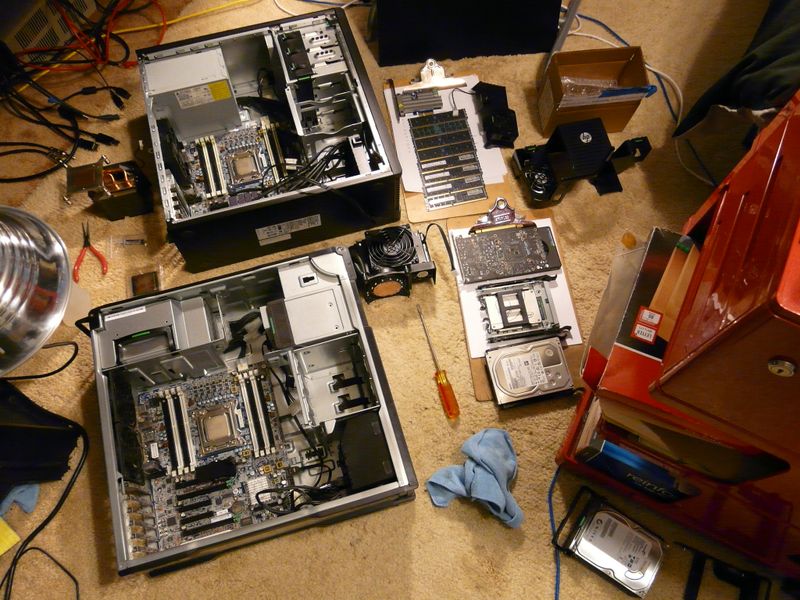