I just got my HP Prime yesterday and tried updating and installing apps/programs on it. Neither of them worked.

The problems i encountered:

- Manually downloading and installing the firmware also fails (picture 3). The program also tries to use the wrong update folder (PrimeG1, I have a PrimeG2?)

- Installing apps or generally HPPRGM-files (can't drag them 'into' my device, ctrl+c --> ctrl+v also not working) 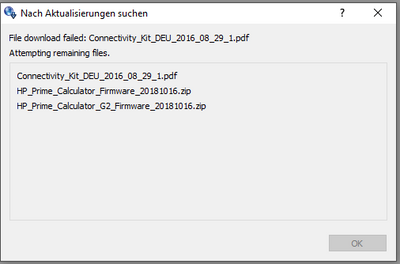 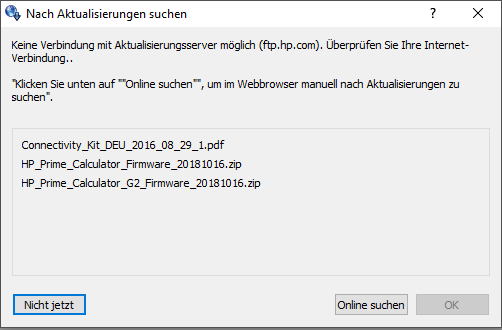 what i tried so far:

- using two other pc's (mac and windows 7); still not able to download the update

- creating the needed folders myself

- trying to download the update via vpn on off

Thank you in advance

Edit: I installed an older version of the connectivity kit. Installing apps and programs does work now. Seems to be a bug in the current version? Still wasn't able to update my calculator tho.

The issue was a little file that shows the "latest" version was reverted to an older one and the files were not correct. Please the check for update again and see if it downloads things properly this time. It was after you tried that the problem was resolved.

Although I work for the HP calculator group as a head developer of the HP Prime, the views and opinions I post here are my own.
0 Kudos
Tags (2)
View All (2)