I've been facing an issue that returns Dirac(x) instead of inverting Laplace form.

I've already consulted this forum, but the given solucion couldn't solve it this time: 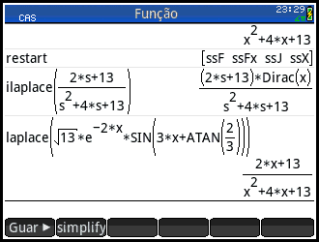 The solution isn't so hard to find by hand. It's the one I've asked to transform just after: 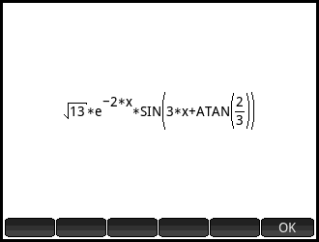 What should I do?

Is it possible to disable Dirac operand? I've got no use for it!

If that doesn't do it, go in the home screen and type "x". If it returns something, you have an "x" variable in a source file, or defined as a user variable, etc. You are getting a correct result since you have x defined!

Although I work for the HP calculator group as a head developer of the HP Prime, the views and opinions I post here are my own.
0 Kudos 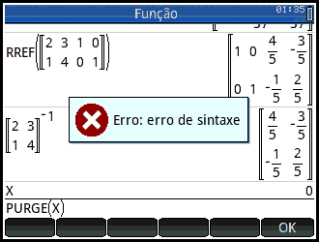 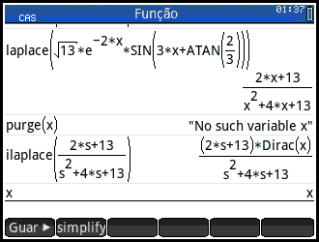 I'd appreciate your support for solving it.

If that doesn't do it, go in the home screen and type "x". If it returns something, you have an "x" variable in a source file, or defined as a user variable, etc. You are getting a correct result since you have x defined!

I had already purged x, y, s and t. Had also restarted CAS and deleted CAS Variables in "Mem" catalog.

I found the issue in the active App. In Function App there was F1(X) checked. As I've unchecked it, ilaplace has worked fine.

I'm afraid every CAS function may suffer the influence of the active App. Is it true? Is there somehow to set NO App active?

No, there is always an active application. I seriously doubt that having FUNCTION open would impact things here - UNLESS you have a variable defined in the function app.

I just looked at your original question again, and I'm not sure what you are concerned about. The result being returned IS the correct answer.

Although I work for the HP calculator group as a head developer of the HP Prime, the views and opinions I post here are my own.
1 Kudo

I guess you've seen my screenshots before. I realy have purged and restarted variables and it kept answering "Dirac(x)". Just after ensuring all functions unchecked, it has started working as expected. It's possible that I've done something else meanwhile, but now I couldn't tell anymore what it could be.

It always works fine in paper an now it's working fine in HP Prime as well, even if I can't explain why.

This function has started in a second order ODE, that must be expressed as a transfer rate equation (output/input). Both sides of ODE have been transformed, solved and then inverse transformed. At the end, to simplify the answer format, SIN and COS have been vectorially combined in a single SIN function, since the input signal in original ODE had been expressed with a SIN. 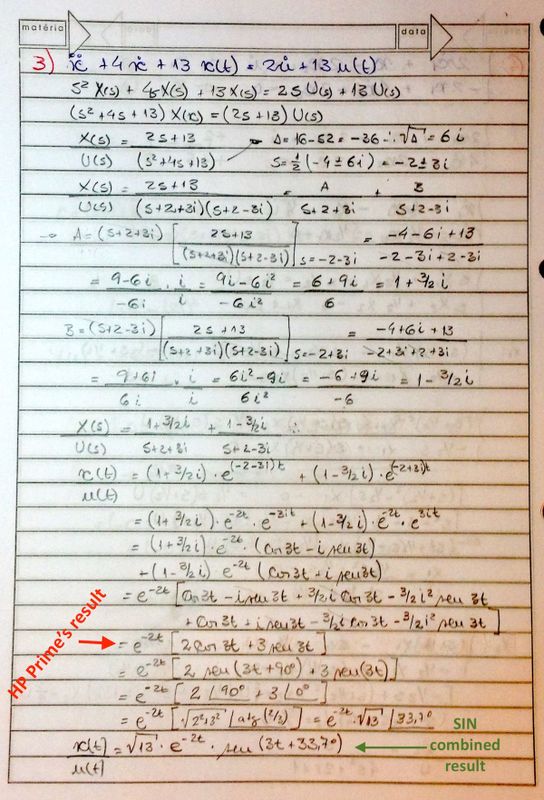 On HP Prime: I've started with the raw Laplace transform, trying to get its inverse. As it didn't return a result without "s" operand and with a Dirac, I couldn't use it as a time based transfer rate equation. So, I grab my result (from paper) and asked HP Prime to give me its Laplace transform. Bingo, the original Laplace equation appeared as answer. Nevertheless, taking this result itself and asking for inverse Laplace transform, I didn't get the original equation back, but the "s" based +Dirac answer.

Now it works. I can use laplace() and ilaplace() forwards and backwards properly. 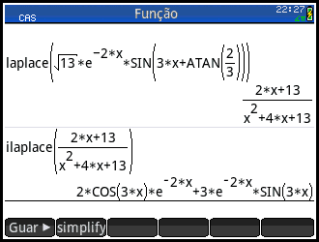 I'm realy curious to understand what happened. If it happens again, I'd like to be able to solve it once more.

Tim, I guess I found the issue.

I found it strange the result in WolframAlpha. You've placed a ",x" declaration at the end. This called my attention for the relevance or "Var" and "ilapVar" on this issue.

Returning to WolframAlpha and declaring ",s,x", there it is...

Then in HP Prime, testing ilaplace() again with "s" as independent argument, there is "Dirac(x)" again. But declaring "Var" and "ilapVar" as ",s,x", the result becomes OK again: 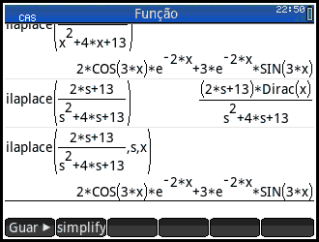 My conclusion is... (please correct me) the issue regards on "s" variable, unless it is properly declared who are the variables ("Var" and "ilapVar"). When using "x" as Var, there might be no need for declaration, since it may be default variable for this function.

Can I assume it as true? Would it be a correct advise to my students?

That is probably the case (I have not looked at the source). A lot of CAS functions make an assumption with a default variable of x.

Although I work for the HP calculator group as a head developer of the HP Prime, the views and opinions I post here are my own.
1 Kudo

It has been a challenge...

This issue has been a good example of how dangerous it is being lazy on such "small" details. I've seen it working before, probably always with "x" variable, disregarding the background syntax defaults. I've got used to ignore the declaration of "Var" and "ilapVar". I won't make this mistake again! Next time I want to be lazy again, I must make sure I know where I step on.

If you don't bother, I intend to mark my last post as solution for this topic, since it summarizes the conclusion.

Thank you for checking screenshots, algebra and so on.

Too, this examples and solution's ... http://tutorial.math.lamar.edu/Classes/DE/InverseTransforms.aspx 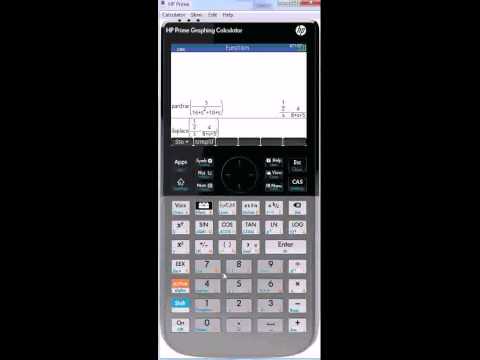