An HP technician dented my laptop on a repair for overheating issues.   Where the dent was, the finish started wearing off within a matter of a few days.  I  contacted HP and was told to send the laptop back and they would fix it.  I returned the laptop.   I waited a few days to check on the status only to be told HP had been trying to contact me.  Not so!  I have caller ID and never did they call nor did they email.  I called them.  They wanted $318.00 to "fix" the damage.  I exlained the damage was caused by HP.  They said they'd look into it.  Today I get a call informing me they won't fix it unless I pay for it.  That it was "reasonable wear and tear".   If it's reasonable wear and tear, then why did it not happen "reasonably"?  It only happened because they dented it!

HP screwed me over the damage and wanted to screw me again over the cost to fix it.   I have 4 HP Laptops and a few of their desktops because I was told they had improved their service.  Guess I was told wrong.  I just purchased another laptop (a Toshiba) for my daughter and I'm getting ready to buy another for my older daughter.  It won't be an HP.  I also am in charge of purchasing computers for the school I work at...I won't be recommending HP's for them either.  I can't hurt them by not buying more from them...but I can sure spread the word.  If I can keep 10 people from buying from HP that's 10 customers they lose.

HP Recommended
Thanks Dani.  You and Christina are restoring my faith in HP.  As I told Christina, I am in the process of purchasing yet another laptop.  HP will definitely be a consideration once again.

Thanks for visiting the HP Consumer Support Forums!

This is a user-to-user community, and not a venue to receive directly help or feedback from HP.  If you have any further questions or concerns, please feel free to send me a Private Message. 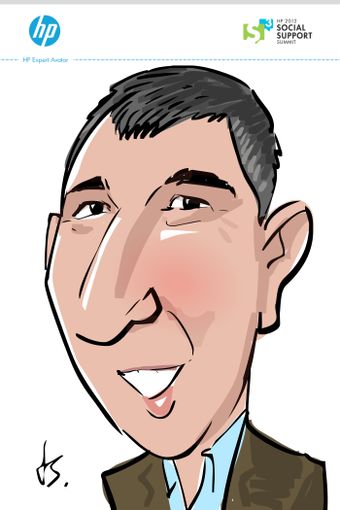 Please see the email I sent you on this issue

I worked for HP.
0 Kudos

I have been in contact with  HP and was assured by their case manager, Christina, that this matter would be taken care of...at no charge to me!  HP took ownership of the damage and apologized.   I wanted to delete this post completely but see no option to do that.   Perhaps DaniW can do that for me?

I sent you a follow on email. I'll leave the post here to demonstrate that HP is taking ownership of your situation

Thanks for being a loyal HP Customer!

I worked for HP.
0 Kudos

HP Recommended
Thanks Dani.  You and Christina are restoring my faith in HP.  As I told Christina, I am in the process of purchasing yet another laptop.  HP will definitely be a consideration once again.

HP Recommended
Hi DaniW
Just wanted to let you know I received my laptop back today and it looks great.  Once again I want to thank you for the interest you took in my problem and the offer of assistance in getting it taken care of.
Have a Merry Christmas and a Happy New Year.
0 Kudos

It's great to hear that HP can take ownership of things that they have caused, but can you please explain to us why it takes something as drastic as this, Switch's,situation before HP takes care of it. We as consumers of HP products don't enjoy having to complain continually about HP but it just doesn't seem like they get it. All we are asking for is a solution to what seems to be on going problems with HP products and the big problem with tech supports lack of communication skills in English. The All-In-One printer I purchased was supposed to have the disc that installed everything..... instead I had to download the information online for my scanner that should have been on the installation disc in the first place. I really don't see why this even had to be an issue. You seem to have an inside track to the right people at HP, maybe you could find out for me why the proper installation disc isn't in the box when it's purchased. I then continued and still have a problem with my scanner changing the font and size of what I scan. Please help me if I'm the one mistaken that this is a problem that I continue to read in this forum with most all of your All-In-Ones. The day I purchased my latest J3690, I needed it that day to scan a very important article to e-mail that night. But all I got was a headache and alot of unnecessary flack from tech support. I know HP reads these comments, can you really tell me they like it that so many people are unhappy with the all-in-one. I'm not going to threaten to purchase products from someone else as Switch did, I already did. Kodak doesn't have the problems HP does but that doesn't solve the problem with the J3690 I still have sitting here doing nothing. Can you enlighten us as to why HP doesn't seem to care or pass this on to someone at HP. I really do appreciate your help because whoever I decide to donate my J3690 to is still going to have a problem with it.  Thank you.

HP Recommended
Jean...I'm sorry that you have had so many problems with all-in-ones. I have found if I can get past the foreign speaking employees at HP, someone who speaks and understands English, that is half the battle. A lack of good verbal skills in communicating with HP cost me a practically new laptop (nearly $1,000.00 and only a few months old) with HP a couple of years ago. Circuit City had a hand in that particular incident, too. I had to write that one off as a lost cause. I've been told that almost all technical support is outsourced to somewhere overseas. I was fortunate in getting to speak with Tom, and then Christina, at HP. They were very instrumental in getting my problem resolved. DaniW also took an interest in my issue and promised to help me get it resolved if Christina didn't follow through. One point....I don't make threats. When I said I would buy elsewhere, that was a statement of fact. (Remember, I said I had just purchased a Toshiba.) A threat implies I could do some damage to HP by not buying their products. I highly doubt they would notice my absence as a customer. A threat would be a useless waste of time. Will I buy another HP laptop? Yes, but not the low-dollar ones. You buy cheap, you get cheap. I have a Pavilion dv9005us and a Pavilion dv9730us...I love them both and use them for graphics, music, school work, etc. However, my daughters have HP Compaq Presario's and I wouldn't recommend them to anyone other than a student or the casual user. They aren't capable of handling intense graphics. At least the 2 we bought aren't. I have 2 HP all-in-one printers that I've had for some time, and I just purchased another that is still in the box. Not sure of the model as my daughter picked it up for me and I haven't seen it yet but I've never had a problem with their printers. We'll see how the new one does. I sincerely hope you find the help you need to get your issue resolved. Have a very Merry Christmas and a Happy New Year. Helen
1 Kudo

HP Recommended
Dear Switch;
My comment on the threat wasn't meant to offend you it simply was stated that until you mentioned that you were going to suggest that a SCHOOL purchase from someone else, that is when HP listened and I believe that is the only reason your laptop was fixed. HP really doesn't want negative information to be issued to a school that could cost them longterm revenue. But I also feel that had the issue been brought to the right person at HP, instead of you being given the run around, the problem would have been taken care of quicker that it finally was. Again, someone at HP dropped the ball and tried to get out of the entire situation. Fortunate for you there are honest people that read these messages and can contact the RIGHT people at HP and they can make things right. That is all that was meant by the "THREAT" issue. You nor anyone else should have had to go through what you did and I'm sure there are others out there that we don't even hear about that have similar stories. As for you get what you pay for????? If the price tag is the what difines the kind of product and tech support you receive, then it should be noted in the package with the equipment that if you buy a $600.00  laptop you will not get the proper tech support and don't expect it to work properly because the consumer didn't purchase a $2000.00 laptop. The consumer should get the help and support that they have paid for regardless of the cost or are you saying the lower priced product is placed on the market to just get the money and forget you have a responsibility to the consumer. That really doesn't make sense and please don't take offense to it but that is why they have consumer watchdogs. All I know is my scanner is junk and doesn't do what it is stated it does and HP tech support is a joke. But thank you for your input and have a very Merry stressfree Christmas!!!!
2 Kudos