I have been using an OfficeJet d145 since March 2003, with fairly heavy usage. Works fine except that the document feeder will only tolerate single sheet feed. That's okay, I can live with that. However, this unit uses inkjet cartridge 14 (one color, one black). What is happening at retail office supply stores is that because HP has so many inkjet cartridges to fill the shelves, the retailers in this slow economy are cutting back dramatically on which cartridges they stock. It is now becoming much hard to find cartridge 14. I would say that two or three out of five chains have dropped it.

Now, with the age and usage of my printer, I expected that it would die soon. So I am fully prepared to replace it. I would not have considered any other brand of printer other than HP. Now I am seriously reconsidering that, not because of cost or features, but because I do not want to find, in a few years, that I again have to replace the printer BECAUSE the inkjet cartridges are then no longer available. Prematurely, so to speak, since the printer probably still works fine. Now I see that the model numbers for cartridges have reached 100 for HP and that HP has introduced model 02 cartridge. Recyling the numbers?

I would strongly suggest that HP take a survey of cartridge availability at retailers. When a cartridge availability falls below a certain level, then you put out a major coupon for your loyal users to replace their printer with a newer HP model. That would retain those customers, especially the heavy, long time repeat cartridge buyers. You could even put those coupons in the cartridge rack (alongside the cartridge). The coupon would offer a major discount (not talking $20 on a $150 printer here) if accompanied with say, a used cartridge 14. The retailer would most likely get the printer purchase. Basic trade up retention of long time users. Also supports the retailer too.

First of all, this is a user to user forum so you probably won't get too far with your suggestions posting them here.  I'd highly reccommend sending a copy of what you posted to the CEO using the contact HP link above.  It should get forwarded to the appropriate group to review for consideration.

Secondly, with the dawning of this new age of technology, namely being able to use a credit card to buy cartridges online and have them shipped directly to you, HP is not likely to try and enforce which cartridges their third party resellers chose to stock, or offer rebates or incentives above what they already do.

Lastly, the fact that your printer is now 5 years old means that all support for your model is coming to an end soon.  That also explains why cartridge availability at your local store isn't there anymore.  It's time to buy a new printer, time marches on!

insert signature here
Was this reply helpful? Yes No 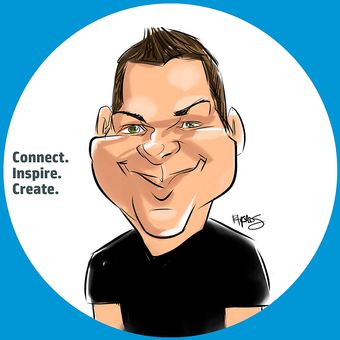 HP Recommended
You missed my point. I know I need to replace this printer sometime soon. The question arises whether I can count on having access to ink cartridges during the life of the printer. Hence I am considering other manufacturers who do not have a hundred plus different cartridges. Prior to this availability issue, I had not considered a different manufacturer. The question now arises whether HP has a higher cost of ownership during the life of the printer  -- not as a result of the age of the printer, but rather of the obsolescence of the cartridge. The cost of the ink itself is already high enough during the lifetime.
Was this reply helpful? Yes No

HP will always offer ink for the support lifespan of the product (actually, in many areas it is illegal not to).  I think you missed our point.  HP can in no way force stores to carry certain ink cartridges.  The availability of ink cartridges in your area is not up to HP but up to the individual retailers that are authorized to carry HP equipment and supplies.  This is one of the many reasons that HP offers online shopping, so that customers in areas where there isn't access to a retailer that stocks the parts the customer wants, still have a reliable and relatively quick way (usually overnight unless there are shipping restrictions to your area) to still get what they need.

If you are worried about availability locally, then you need to talk to the reseller to find out what they are planning on keeping in stock.

insert signature here
Was this reply helpful? Yes No

Thanks for visiting the HP Consumer Support Forums.

If you'd like to leave feedback regarding issues the users on this forum cannot assist you with, please follow this link:

As it's stated, this is a user-to-user community, and not a venue to receive directly help or feedback from HP.  If you have any further questions or concerns, please feel free to send me a Private Message.