ve got a Klipsch 2.1 audio system (2 satellite speakers and a subwoofer) plugged into a USB port.  That now is completely silent.

When I unplug it at the USB port end, the computer (used to) default back to the built-in internal speaker.  It still does that, but it's silent (no audio from internal speaker)

If I do check for errors via:  Manage Computer | Device Driver

there are zero errors shown for the audio drivers (see screen capture below).

When I play an audio file (either a local .mp3 from hard disk, or a YouTube video), the volume control shows a bouncing audio level (see screen capture below) as if audio were working, but no sound comes out of the speakers.

I do periodically clone and swap out the C: drive, so I thought perhaps I could've accidentally disconnected the internal audio cable on the motherboard.

But it looks plugged in on both ends (motherboard end and internal speaker end).  And even if it were disconnected, the USB audio (going into external Klipsch speakers) should still work, right? 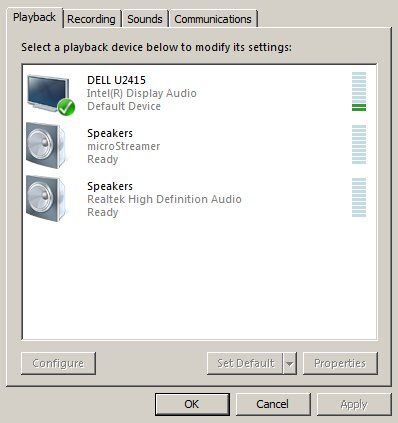 Any suggestions for how to troubleshoot this? 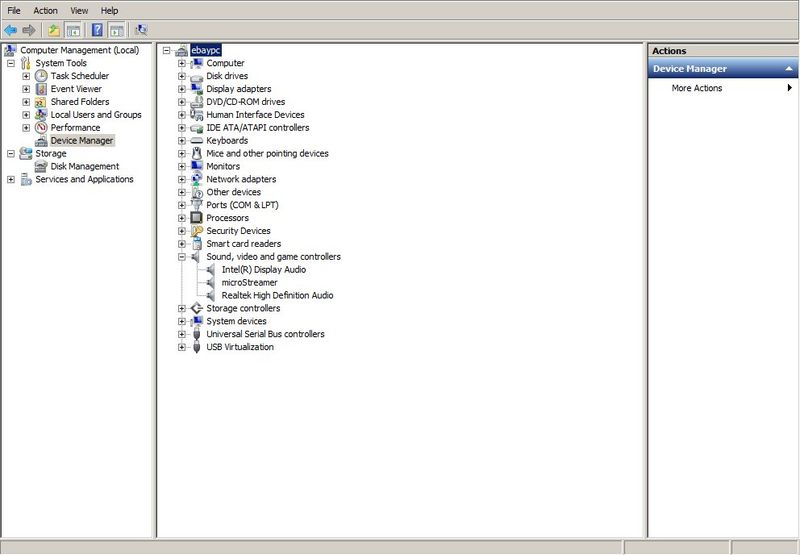 Looking at your screenshot, you have your Dell monitor set as the default output device.

If the monitor does not have speakers, you need to set either the Realtek HD audio as the default or what I assume is the Microstreamer USB audio device as the default.

Looking at your screenshot, you have your Dell monitor set as the default output device.

If the monitor does not have speakers, you need to set either the Realtek HD audio as the default or what I assume is the Microstreamer USB audio device as the default.

Awesome, that fixed it!  Thanks Paul!

I'm embarrassed that I didn't notice that, but quite happy that it's fixed now.  I have no idea how the default ever got set to the monitor (which does not have speakers).

I have two HP 8200 Elite CMT's and I have to confess that the same thing happened to me too once.  😊

I could not figure out for the life of me why the audio went completely out on me.

I was ready to go out and buy an audio card and that still wouldn't have fixed the problem unless I changed the default audio from the graphics card to something else.

Thanks for that confession, now I don't feel as embarrassed at having missed it!

I like to think of myself as fairly tech savvy, but this one really had me stumped.

Now that you've solved it (thanks again!), I started wondering... why did the monitor even appear in the list of devices eligible to be assigned as the default audio device... if the monitor doesn't have a built-in speaker?

That took me down a rabbit hole...

Executive summary: turns out the default Win7 display driver ("Generic PnP Monitor") assumes that any monitor which is plugged into an HDMI or DisplayPort connection could have... speakers.

It also turns out my Dell U2415 monitor does indeed have audio abilities.  But not via a built-in speaker, but via an audio jack.  Seems odd that a monitor would have an audio jack. What's the point, when every computer chassis has an audio port?  But I suppose there are Use Cases where someone is physically close to the monitor, but the actual computer is not easily reachable (eg, under a desk in a corner, perhaps).

When I got this Dell monitor years ago, I just plugged in the monitor and it worked (ie, I didn't install a special device driver for it).  The Device Manager" screen capture (attached) seems to corroborate that, as it shows "Generic PnP Monitor" as the driver being used. None of the 3 tabs for that "Generic PnP Monitor" driver (see attached) indicate anything about audio functionality.

However... the "Sound, Video and game controllers" line on the Device Manager has an unusual entry, "Intel(R) Display Audio", which seems to imply speakers built into a monitor.

When I googled, I came across a very interesting article https://www.howtogeek.com/212356/what-exactly-is-a-laptop-display-audio-driver/  which explains that because DisplayPort and HDMI protocols have the ability... to transmit audio signals (as well as video), the default Windows7 "Generic PnP Monitor" display driver assumes... that any monitor plugged into one of these ports (HDMI or DisplayPort) should be eligible to be assigned as the default audio device.

The only remaining mystery is... part of my Win7 configuration actually knows what type of monitor I have (a Dell U2415):

If it's smart enough to know the monitor is a Dell U2415, I guess I would've expected it to know that monitor doesn't have speakers.  Well...Well, it turns out the Dell U2415  does have audio!

Not via speakers, but via a tiny headphone jack hidden on the bottom of the monitor.  Why would they do that, when all computers have audio jacks on them?  Perhaps for the scenario where the monitor is close to the user, but the computer chassis is not readily accessible (eg, it's under the desk in a corner)? 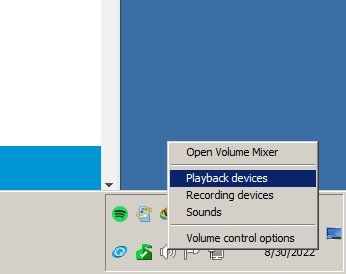 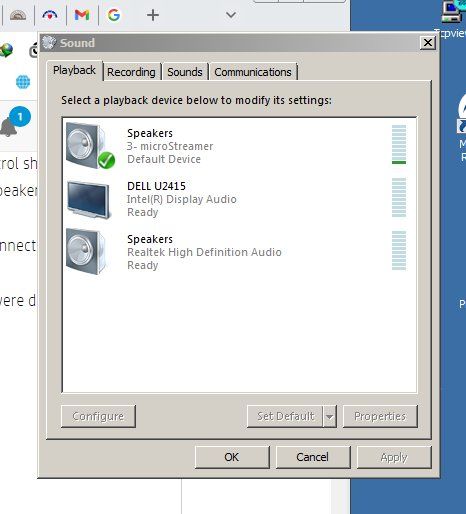 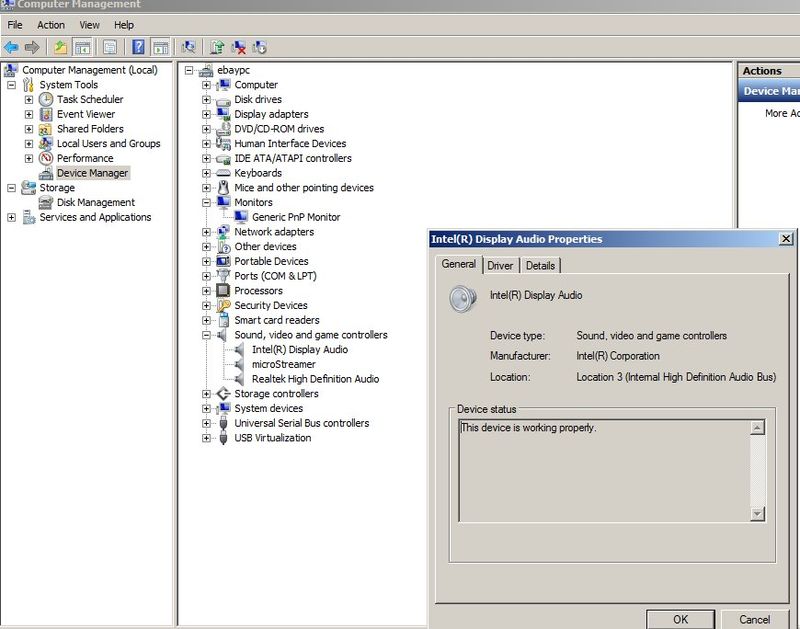 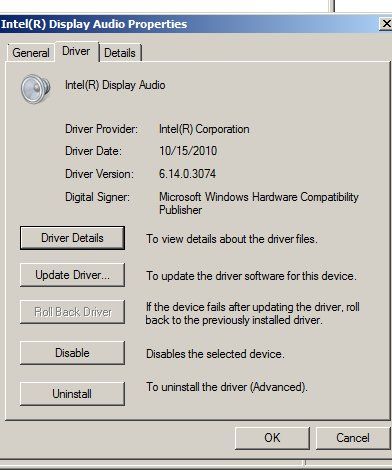 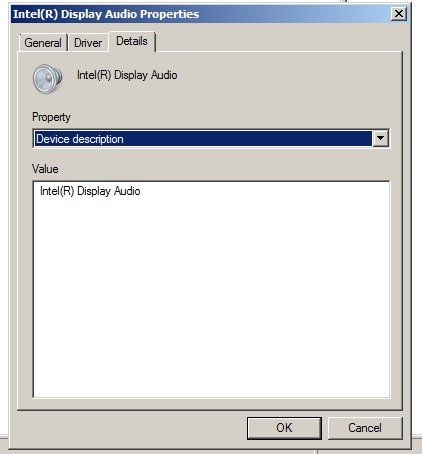 Yes, I am kind of surprised that the Audio recognized the model of the monitor, but it is listed as a generic P & P monitor in the device manager.

I would have thought the monitor driver would have needed to have been installed in order for Windows to recognize the details.

BTW, you can install a W7 driver for your monitor if you want, so that it is properly recognized as what it is under the Monitors device manager category.  The 2nd or 3rd one listed.  One is newer than the other.

I agree that the monitor's audio/headphone jack may be more convenient for folks to use.

I have a pair if desktop speakers and there is a headphone jack on the right speaker.  That would be much more convenient for me to use than the headphone jack in the front of my PC on the floor.

Thanks for the link to the W7 driver for my monitor!

I'll have to give that a try, but I want to make another clone of my C: drive (via Macrium Reflect) first, just in case.