Hello, everyone. My PC Boots in 30minutes, plus a Hard Drive Failure error. SEE below for more info

So everyone, My PC boots in 30mins.
Process of boot:
I click start button on my Case, it starts. I see HP logo, And an error comes:
S.M.A.R.T. Hard Drive detects imminent failure.
8192MB 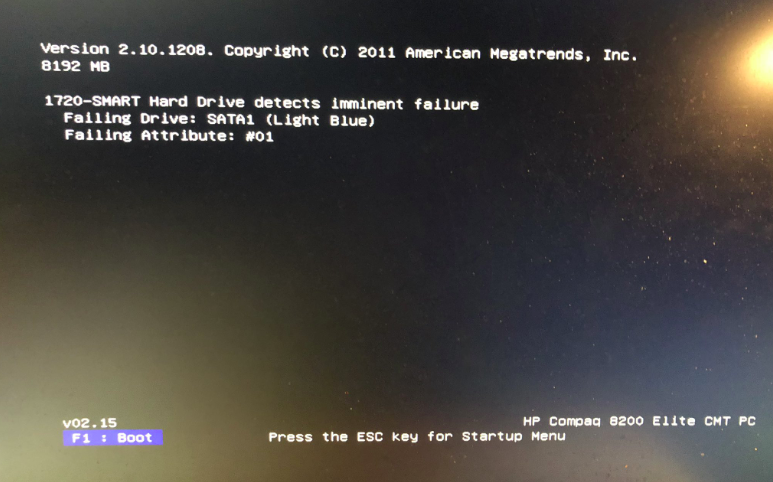 Theres that. i press f1 to boot, it now is on a blue windows logo booting screen. It takes approximately 15mins on that screen, the other 3mins on a black screen that appears after the blue logo screen goes away, and the password screen (or pin). I enter password and press enter, when im on desktop, i open one application such as my browser and everything gets unresponsive. Even the desktop, Microsoft windows isnt responding, End Process, clicking end process doesnt do anything. This goes on for another 10mins, while the computer becomes usable, and i start my work. (i have already backed up important data). This is the boot up process.

I used CrystalDiskMark and CrystalDIskInfo, Results are: 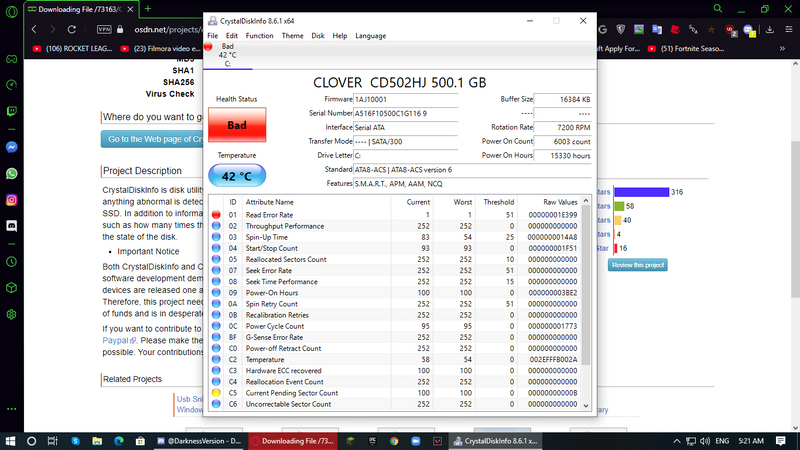 It is pretty clear my HDD is saying a goodbye, but i wanted to make sure, that it ACTUALLY is the HDD, and not something else right?
Why do i say not something else? It is because on the Smart hard drive detects imminent failure error, theres a number written: 8192MB, i got 8GB RAM and 500GB HDD. MY SPECS:

Also let me know if there are anything i should worry about while buying an HDD or SSD, except the SIZE and SATA. (that it will fit on my PC or not)

@TheVortex71 , welcome to the forum.

I believe that it is your hard drive that has failed.  I am not certain what the 8192 MB is, but it may be the sector where the drive has failed.  I would definitely replace the drive with a SSD.  It will speed up your boot times and improve system performance overall.  I suggest that you consider the Samsung EVO 860 - 1 TB.  However, I recommend that you contact Samsung's Tech Support to make certain it will work.  They are the experts on their products.  Your computer was released in 2012.  So, you are adding new technology to old technology and it doesn't always play nice together.  It will save you time and money.