I wonder if you can offer any advice ? I have a HP Compaq 8300 AIO and have purchased the same radeon 7650a card as you did but i only get a screen with solid alternating colours (Red, Green & Blue) on a continuos cycle ? I have installed the correct HP heat exchanger and downloaded the 7650a drivers from the HP support site, i recall in one of your posts that you installed the card with no problems and wondered if there is anything that i am missing out on during installation ?

(1)
I have the same question
11 REPLIES 11
Highlighted

Have you tried reseating the Graphics card . If so it could be a defective card . Nvidia also has cards that will work with your desktop AIO . Nvidia GT630m is running in one of my HP Compaq Elite 8300 USDT . Working on another with DDR5 ram , since they don't use the installed DDR3 system ram . Will update , and I hope some of this  info helped . Only cards with a maximum Wattage of 35 w will work . Plus make sure the contacts are  for a 3.0 A connector . Also you can get an external card reader adapter and the separate power supply and use full size Graphics cards , just extra clutter of wires ..

Apologies for delay in responding ! Have checked power supply and it is rated at 230W ? have also reseated card and gone through bios settings all to no avail ?? supplier of card has informed me that card was working ok during testing ?? not sure what else i can try ??

Thanks for your responses !!

HP Recommended
I hate to say this but either the Graphics card is bad or you mother board is damaged . I ordered some of my USDT and had to change out a couple due to issues with the Motherboards . Seem to think it is the Graphics card that has the issue though . Will do some more checking to see if I can help you out .
0 Kudos
Highlighted

Thanks for the reply and i appreciate your help !! have looked all over but cannot find anything that might be of use ??

I saw one post where the member carried out the same procedure as i am attempting with no problems at all !! as you say it could possibly be the main board or the card itself. At the moment the unit is running Windows 7 and i can actually hear the start up tune etc. whilst staring at the solid colours  ?

HP Recommended
Have you removed the graphics card to see if the computer will start up normally ?
0 Kudos
Highlighted

https://www.youtube.com/watch?v=HWugyoWqjqA&index=5&t=0s&list=PLzI0M2BRpnWQ2btY5SVPG5D1IP24SXFNx  This link is for windows 10 but possibly will work for any OS 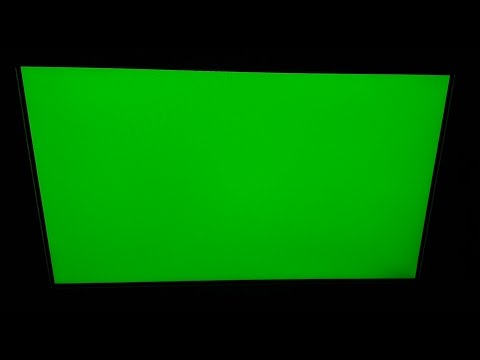 Thanks for the replies, appreciated !!!

The computer works fine when the new graphics card is removed, no problems at all. I tried the method some time ago that is shown on the you tube video but it was when i had Windows 7 loaded and i could not get past pressing F8 as nothing appeared on the screen ? i now have Windows 10 loaded and will try later today, fingers crossed !! will let you know the outcome !!

Have attempted procedure shown on video and again no joy !! I have also attempted to install Windows 10 again on a blank hard drive with the card installed but i still receive the same alternating solid colours ??

I have now attempted with both graphics cards shown by HP as upgrades, the Radeon 7650A and the Nvidia GT540M and i get the same results which i guess makes a fault on the Motherboard a more than likely cause of the problem ??

So at the moment i am stuck with the on board Intel graphics which is no real problem !! But thanks for your help and suggestions all very much appreciated !!!