I am having problems connecting wirelessly to my printers. Microsoft have reloaded the ISO files which did not solve the problem.  They suggested that because of the age of the computer an upgrade to the BIOS maybe the solution.

Hello
if it has not already been done I advise you to open a thread in one of the printer specialist forums
I do not think that a possible update of the bios is the immediate solution for this type of problem.
It will be necessary to specify the exact model of the computer, the printer, and the operating system, and the problem encountered!
It is possible that it is just a problem of installation, of drivers.
Without the exact model of the computer, it is impossible to indicate the version of the bios if there is!

Unfortunately no progress by going to the HP web site.

We are using an EERO mesh network,

The Surface Pro 4 and the Envy 23, both will not connect wirelessly .    Both printers are visible to the EERO app on the I phone and the printers show that they are connected to the EERO network.

Ok so what's next. 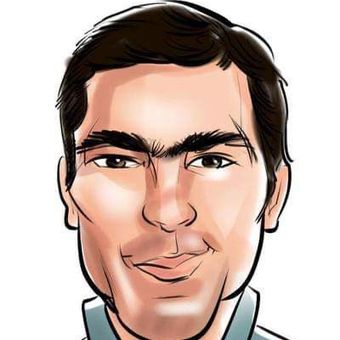 Regarding the Surface Pro 4, the best would be to contact Microsoft as it is not an HP product.

For the HP Envy 23 Touch Smart All-In-One computer, we will need the exact model as already requested by @Prométhée.

Without the exact model @Prométhée and also myself we cannot help you at best.

What is the exact model of your All-in-One PCs (e.g. 5ES85EA)?
To find this product number P/N: this document.

In case of need, do not hesitate to contact us.


I'm not an HP employee. Did this message answer your question? Include it below as an Accept As Solution! Did you find this message useful?  Click on the thumbs up set to give a Compliment! Follow us on Facebook Assistance customers HP.

Thanks for the response, the Surface pro was mentioned as to give a complete picture.

The info you requested is as follows:-

Thanks for your return,

The BIOS version is available via the HP link below.

The procedure(s) to update the BIOS is here.

As for the network detection issue, it would be best to know the wireless network card currently installed because your computer is a custom model at the time of purchase.

@Prométhée if you have other ideas don't hesitate to give them.

Do not hesitate to contact us in case of need.


I'm not an HP employee. Did this message answer your question? Include it below as an Accept As Solution! Did you find this message useful?  Click on the thumbs up set to give a Compliment! Follow us on Facebook Assistance customers HP.

Many thanks for your responses to my request for help.

After spending much time on this issue I am no further in getting it resolved.

3) The HP Officejet printer and Envy 23 have functioned flawlessly via the network since then up until about two weeks ago.

4) Since then, in an effort to solve the problem and under Microsoft Tech help the ISO files have been replaced, the software for the comms adapter has been  reinstalled.

5) Our Surface Pro 4 is suffering the same problem as above.

6) However our other Surface Pro 2 connects flawlessly with the printers on the same network. The other printer is a Canon.

7) I am not a computer techie but looking at the steps above, I would say that the source of the issue appears to be a Windows 10 upgrade over the last few weeks.

I will try and make contact with Microsoft again and just hope they come up with a fix.