All Ethernet Drivers Have Yellow Triangles

Something is keeping me from being able to use the ethernet port on the back of this desktop.  The port is part of the motherboard and perhaps that one component has gone bad.  We had been successfully using a USB 2.0 to Ethernet Adapter - we just plugged the ethernet cable into the little device and plugged the other end into a USB port.

Last month the ability to connect went away.  The wired icon on the right of the taskbar got a big red X on it - hovering the mouse tells me that there is no internet connection and no connections are available.  I bought another USB to Ethernet adapter but it wouldn't install.  Then I bought a Netgear Wireless adapter.  It installs okay, but after it tells me to plug in the adapter, I get 5 minutes of 'Detecting Adapter' followed by 'The adapter is not found'.  The adapter itself works fine - I successfully installed / got it detected on another computer - it just won't detect it on the HP Pavilion.

I've uninstalled Norton and Zone Alarm to see if they were keeping me from installing the adapter.  Made no difference.

Currently devmgr shows 3 network adapters - all of them with yellow triangles - an 801n wireless adapter, a Realtek Family Wired adapter, and the A6100 Wireless adapter from Netgear.

I've gone to the HP Drivers and Download page but, although they display the product, there seems to be no drivers available for Windows 7 64 bit.  Searching for other places to download network drivers only leads to a plethora of Driver Detectives, Driver Doctors, et al.

At this point I don't really care anything about the HOW of getting internet access, as long as I can get it with this tower.

Thanks for the reply banhien.  I downloaded the driver to a thumb drive and ran it as an administrator on the problem Hp Pavilion.  I got the msg in screen2.  Screen1 shows my Device Manager. 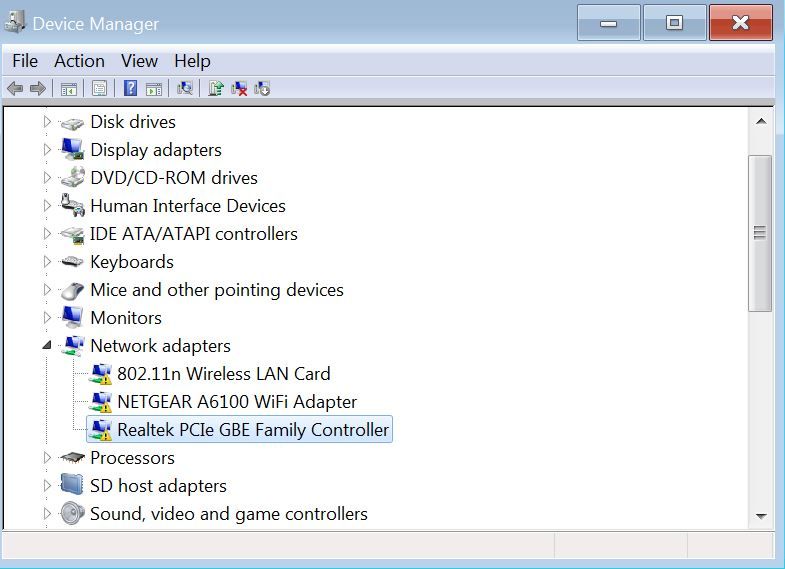 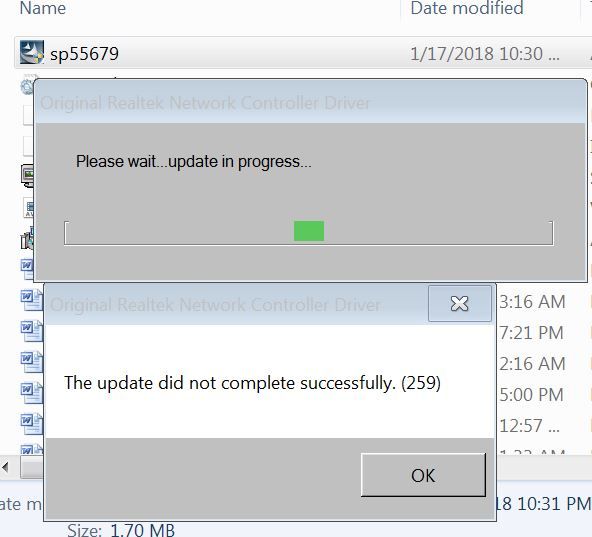 Could you please give the HP model and OS please.

And if you could run this command...

and paste the results in please.