Where are drivers for N4G85AA

Where are the drivers and manuals for HP Product No. N4G85AA? The product name is Intel 7265 802.11ac PCIe x1 Card. Search responds with Sorry, no results match your search for "N4G85AA". I'm looking at the **bleep** thing right here! UPC 889894449986 manufactured in China on 5/22/2017. It shouldn't be this hard to find an HP product on the HP site. Very dissatisfied with HP right now. This isn't the first time I can't find an HP product on the HP site. Happens often. Time to start purchasing desktops from Lenovo. Their support site is excellent.

Have you tried HP and other Stores ?

Yep... I saw all of those sites using this fancy new tool called Google. You may not have noticed, but all of those sites are SELLING the N4G85AA. I already bought one. Now I need the drivers and manual because HP decided not to include those in the box... which I purchased new from HP directly.

So let me type a little slower so everyone can fully understand my request: Where can I find the drivers and manual for HP Product No. N4G85AA?

The we need to know what is your machine ? Does it support the product ? In many cases, driver may not fix the problem for wireless card. It depends on country and regurations.

Looking at an illustration of the product, it is nothing more than a standard notebook wlan card connected to a PCIe x1 interface card.

Accordingly you should be able to use any W10 Intel 7265 driver for that device.

Here is the lastest one from HP that I could find...

It also looks like that model comes with bluetooth, so here is the BT driver too.

This package contains the driver installation package for the Intel Bluetooth in the supported models running a supported operating systems.

This is the only documentation I could find on the device...

Thank you @Paul_Tikkanen for the drivers.

Where is this LED?

Also, what is this cable for? It was included in the N4G85AA box. 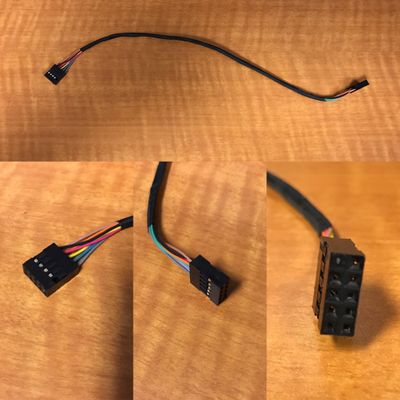 I reiterate that I am not happy with HP's support site. HP should have this information readily available on it's support site. And don't get me started on HP Product No. X1U62US which apparently doesn't exist either even though I paid $1,700 for it and have it sitting on my desk.

Please do not presume that I work for or represent HP, because I don't.

Since I do not work for or represent HP, please direct any comments you may have regarding HP's business practices to HP at the link below.

I replied to your post only because I knew what drivers you needed for the wireless adapter you have.

As far at the other questions you have regarding the device, I wouldn't be able to answer those.

The other product number you have sitting on your desk...that is a HP Z440 WORKSTATION, for which you can find the support page at the link below...

I realize this is a community forum and you are a helpful volunteer... but you should work for HP... and they should pay you handsomely for being able to do what they cannot: support HP products. A sad commentary on where HP's lack of customer service is these days. HP used to be great. Lately, my company has been slowly switching from HP to Lenovo because of support issues.

I've been searching for that Z440 link link for at least 2 months. Search always returned message that it did not exist. Your link also showed that I have 34 months of warranty left when I entered the serial number; something else I could not find on the HP site because the serial number supposedly did not exist.

I will mark your previous post as the accepted solution as soon as I get some information on that cable. If I mark the solution now, no one will respond about that cable.

Glad to have been of assistance where I could.

It's two years later, and I figured out what that cable is for.

I recently decided to buy the same adapter as you got off eBay, and it came with that odd looking cable too.

I noticed the wifi worked fine but there was no Bluetooth.  I could not understand why.

I also know that the Intel Bluetooth driver is some kind of USB type driver because of the Intel bluetooth hardware ID.

Anyway, I decided to experiment and plugged the cable into the back of the card where the 9 pins are.

Then on the motherboard of my PC, there was a 9-pin block that was labeled 'Internal USB.'

I plugged the other end of that cable into that block, and hoped when I turned the PC on, that I didn't fry anything.

Well... the PC worked fine and in about 30 seconds or less, the Intel Bluetooth device showed up, and now all is well.

So that is what that mysterious cable is for...to get the Intel Bluetooth to work.

As you wrote...it would have been nice if HP included a simple set of instructions in the package.

So, I hope this helps you two years late.