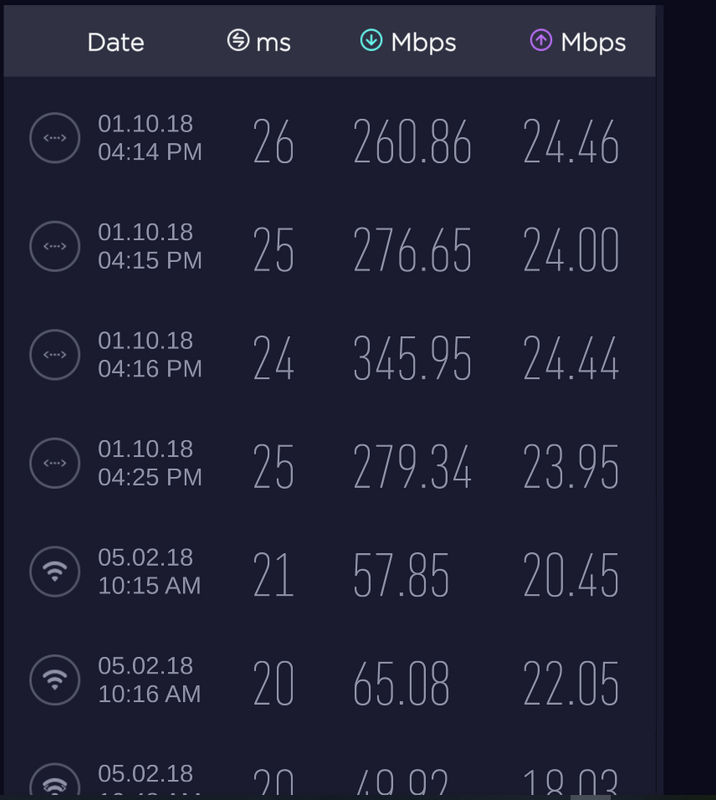 If you want to use the computer with the Ethernet, then you can disable the WiFi.

Keep me posted how it goes

This is what I have done since I last wrote.

1. Turned off Wifi as suggested. Speed remained @ 89.45 mbs. Checked to make sure it was still off and it was.

2. Called a tech to my house, but he was unable to reolve issue. We did find though that with a Linux boot I did get 300+mbs.

4. I have reset the network under status and rebooted my router several times.

5. At a sight called superuser it was suggested I reset the TCIP stack. I followed the instructions as administrator but nothing was changed.

6. Attempted to use Microsoft Community and got no reply. How do I know if this is a software issue from one of the upgrades or hardware.

Please disable your Antivirus and Firewall and check if that improves the speed. Also scan your computer for Malware

If the issue persists, I suggest you perform a Reset. You can refer to this Link: https://support.hp.com/in-en/document/c04742289

I already tried the firewall and antivirus idea along with some others. I now know how I'm spending my Saturday.