This is based on the MSI MS-7778/JasmineR motherboard with the IDT 92HD73E audio codec. It also has an nVidia GeForce GTX 645 card installed from the factory. It runs Windows 8.1.

My question is if it is possible to enable Dolby Digital Live over S/PDIF in Windows Games that support it. So far, I haven't been able to get it working. The S/PDIF does pass Dolby Digital and DTS when tested from the audio setup, but then it presumably only plays back prerecorded streams.

To my understanding, Microsoft has licensed Dolby Digital Live for Windows 8, so it should be available so long as the hardware and drivers allow it. But I don't know where the encoding is done (aboard the audio codec or CPU) and if it the IDT audio codec built into my Pavilion simply doesn't handle encoding of AC-3 (its data sheet doesn't mention any encoding abilities).

It might be an issue with the drivers for the IDT codec not supporting it/not being configured by HP to support AC-3 encoding. The PC was marketed as having only DTS Sound+ and 7.1 audio over its analog outputs, so it's entirely possible.

Would I need to get a third party sound card with explicit support for Dolby Digital Live to get it working? 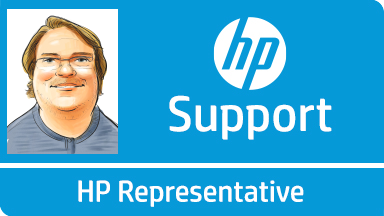 Please re-post if you require additional support. Thank you for posting on the HP Forums. Have a great day!


Please click the "Thumbs Up" on the bottom right of this post to say thank you if you appreciate the support I provide!

Also be sure to mark my post as “Accept as Solution" if you feel my post solved your issue, it will help others who face the same challenge find the same solution.


Dunidar
I work on behalf of HP

Find out a bit more about me by checking out my profile!

"Customers don’t expect you to be perfect. They do expect you to fix things when they go wrong." ~ Donald Porter
1 Kudo
Tags (1)
View All (1)
Highlighted

From what I've gathered so far, it seems that while the codec is Dolby Digital Live compliant, the ability to handle it comes down to which software is chosen by the vendor.

So, given that HP chose to license DTS Sound+, it seems that this PC doesn't natively support Dolby Digital Live due to licensing.

Why Microsoft advertises Dolby Digital for their Xbox Games on Windows, I don't know. I thought it meant they had licensed Dolby Digital Live for use in each particular game, in which case the encoding would be done in software, but there is no information to be found on it.

Maybe it comes down to a misprint on their behalf when it comes to the game ilomilo plus, since they only indicate Dolby Digital support for it in the games app, and this particular game might not actually support it.

So, there might not be a problem. The codec might simply not be receiving a Dolby Digital stream because the game doesn't produce one. It doesn't matter that much to me though at this time.