This topic has been archived. Information and links in this thread may no longer be available or relevant. If you have a question create a new topic by clicking here and select the appropriate board.
wckedhp
Level 2
19 8 0 1
Message 1 of 6
3,886
Flag Post

What is the most current part no. for the Xeon V2 enabled motherboards in the Z820's?

Foolishly, I had read the Z820's could be upgraded to the Xeon v2 processors. I bought an E5 2680v2 and 32 Gigs of Ram. Installed the v2 and ram, same issue as others have posted previously - high speed fans and no boot.

Replaced the v2 processor with the original and the PC boots like a charm.

"When i got a replacement HP Z210 motherboard, it needed to be prepaired for service by adding some basic data to the BIOS. The data that needed to be add was model  name, product name, serial number, build id and featurebyte. Such data can be found on the HP stickers on your machine and are specific to your machines configuration. Normally this is done by the HP technician that replaces the motherboard under warranty."

Having already spent over $2,000 on the v2 processor and Ram, the idea of buying a new PC and throwing away that money isn't very appealing.

I don't entirely blame HP for the problem. When the Z820 came out, there were a number of glowing reviews about the system. All of those reviews I read noted that the Z820 could be upgraded to the new v2 processors and stated they had verified that information with HP - even quoting HP sources. However, I do believe HP is to blame for not clarifying that only Z820's with motherboards built after a cetain date would be compatible with the update. (I had a somewhat comparable situation with the new Sierra 2500HD I bought last year. My truck had the old style manual folding trailering mirrors. The "new" trucks manufactured after August, 2014 came with the "new" power folding trailering mirrors. Although the new mirrors were coming in on trucks on the lot when I picked up my truck, GM said my 2015 Sierra couldn't support the new mirrors in the truck's software. Fortunately a  thread on the GM forum provided a means to install the new mirrors and actually have them work correctly. Only problem was GM wanted over $1,000 for the two new mirrors - they were @ a $250 GM option.)

I'm disappointed HP to my knowledge, has never come out publically clarifying this issue.

You can google "Z820 spare parts" and in the bottom section you'll see the listed parts below.  I'd only go for those upper level numbers: 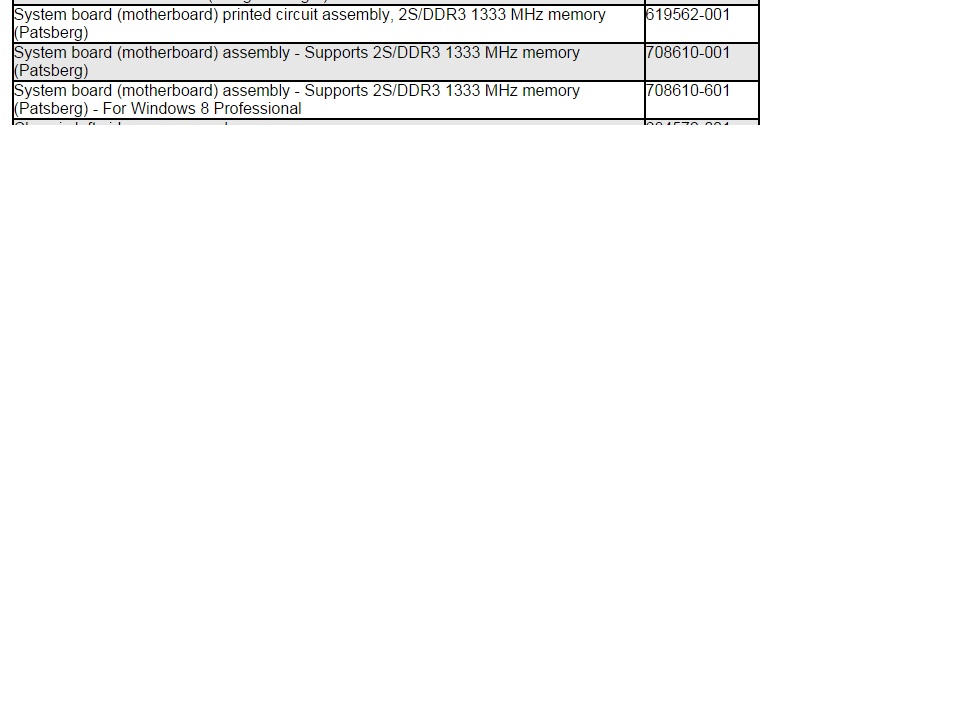 You also can do a HP Parts Surfer search.  I do those via the hierarchy approach, and as you go through into the personal workstation section go to the Z800 family, and the Z820 will be under that.  Look at that promo Z820 at the top, and in there you'll see the processor section with all the v2 processors (Ivy rather than Sandy Bridge).  Again, I'd only get one from the upper numbered series.  Which of those 3?  You'll have to choose: 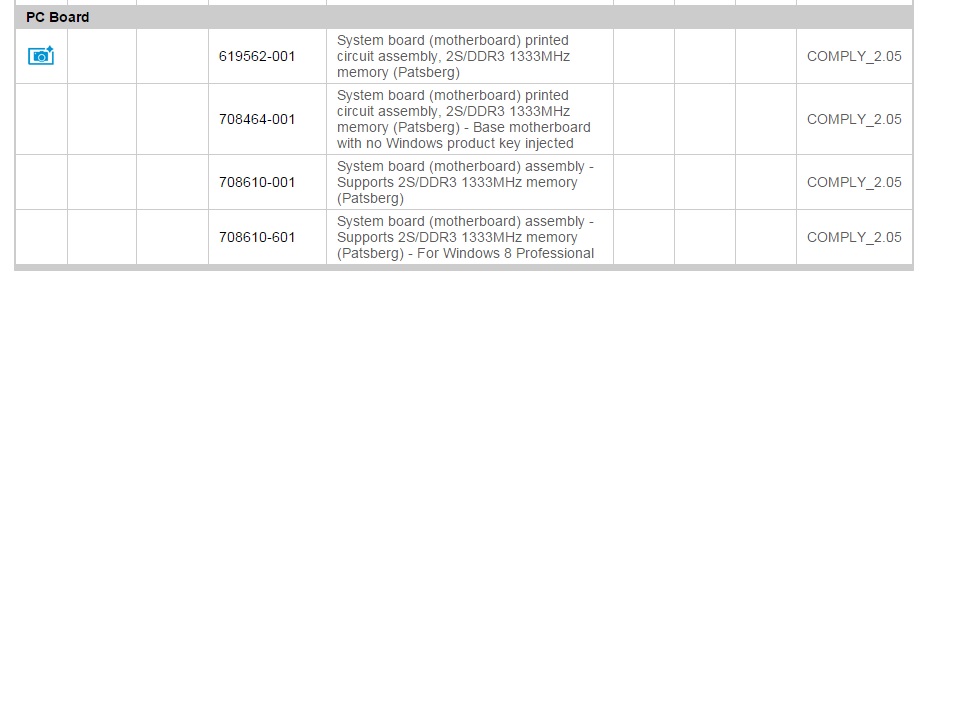 For any thinking that they should try eBay for one of these processors used...... there are E5 2680v2 ones there.  They have only one sSpec code, SR1A6, from the Intel Ark site.  As with the processors for the xw workstations you never want to buy a Q series (qualification sample), and also don't ever buy a "Confidential" one either.  Those will have different microcode values that BIOS looks at before it will proceed with boot.  Some BIOS upgrades from HP include a new microcode list of approved processors, so you want to update BIOS to the latest before you do the processor transplant.  We do our homework and try these unsupported-by-HP things, and sometimes get bitten.... I feel your pain.

Obviously, you'd have been lucky to have had a Z820 with a built in "Revision 1" motherboard (with the later boot block date listed in BIOS), and this issue has been posted about in the forum before.  Another gotcha is putting a high wattage processor under a standard HP heatsink/fan..... some hot processors require presence of a HP "Performance" heatsink/fan or the motherboard will balk.  Here's those processor pics... your's should look like the bottom one: 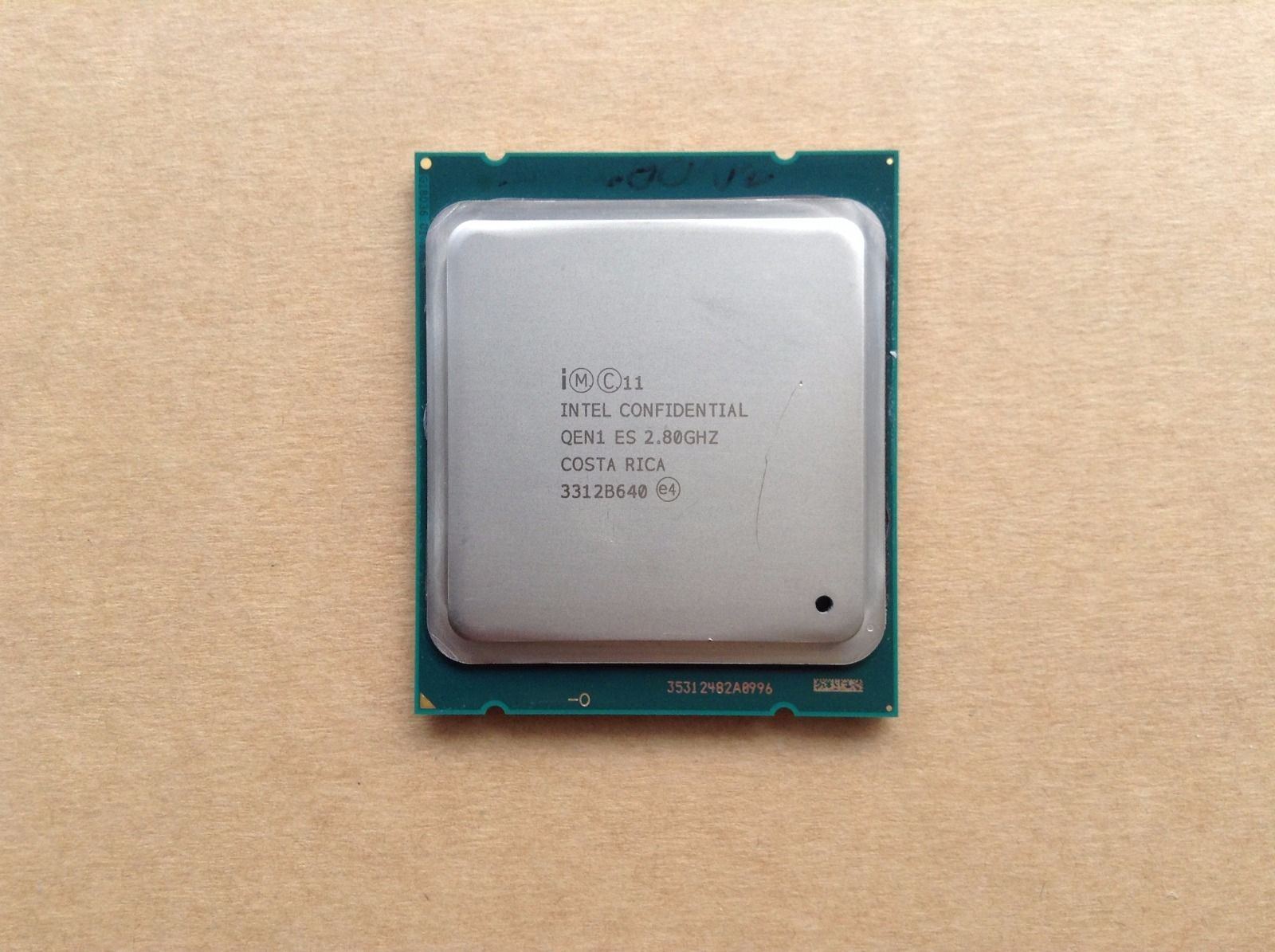 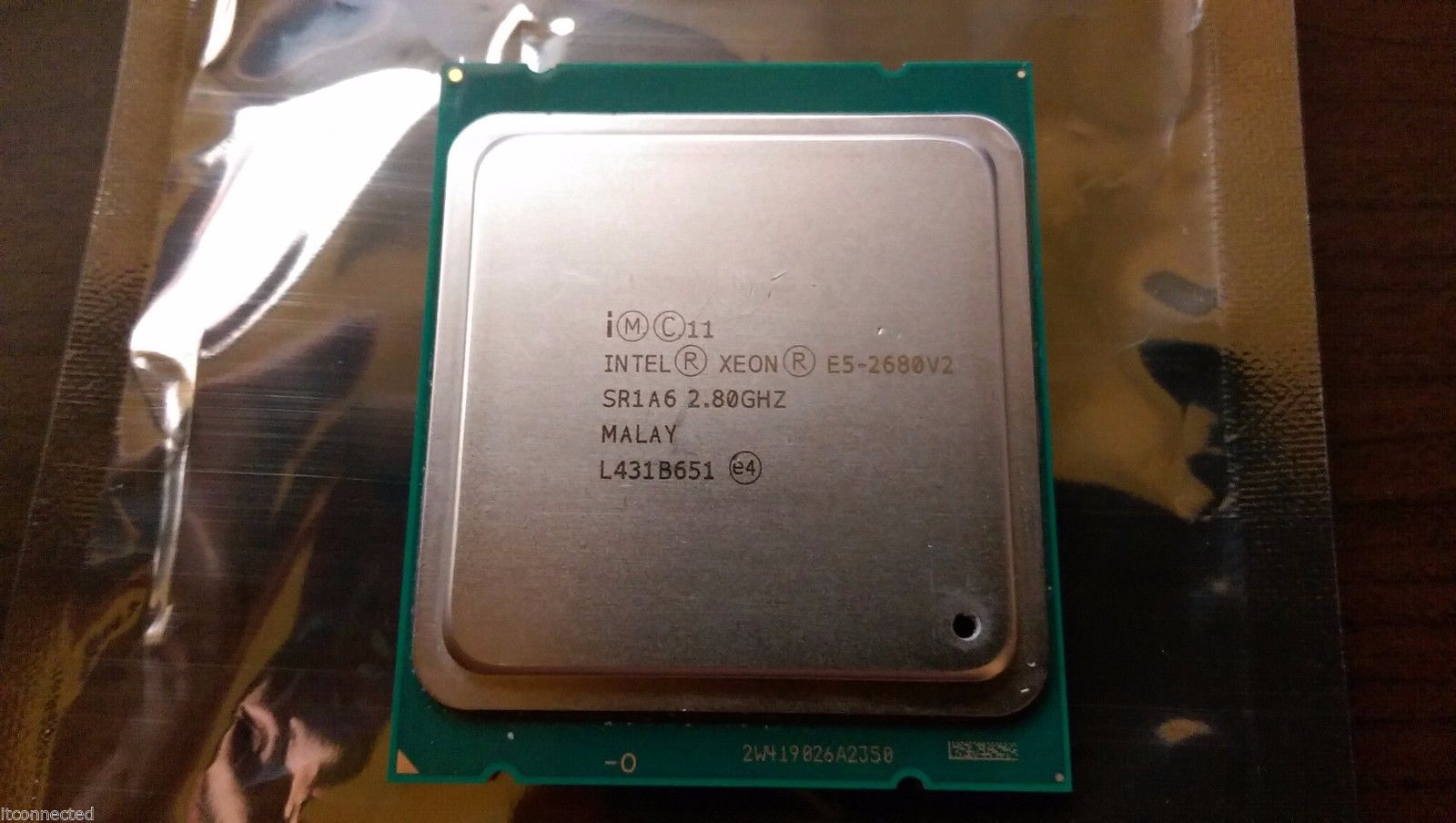 Finally, Skylarking has posted in this forum on how to get from the normal BIOS interface (in the serial number, etc. area) to the service interface that lets you enter, one time, the codes/serial numbers, etc. noted above for the circumstance when you have a brand new motherboard and need to enter such stuff.

Thank you for the information. I had done a search on HP Parts Surfer and saw the 619562-001 part # for the motherboard, which is the one I found available (new) from a dealer - just wasn't sure if it had the 2013 Boot Block. (I  e-mailed the vendor to ask if that motherboard supprted the v2 processors but have not heard back as yet - not sure if they would even be able to provide that info.) So I assume any of the motherboards with that part # have the newer 2013 Boot Block date.

Most of the motherboards I saw on e-Bay and from other vendors (ITCreations) were for refurbished motherboards, which I don't really want to consider.

The Xeon I bought is a new in the sealed retail box product I bought from SuperBiz, so I'm covered there. The power rating for the E5 2680v2 processor is 115 watt whereas the E5 2630 that originally came with the PC is a 95 watt part -

I could probably get through the motherboard switch, but now my concern is entering the info in the bios. From what I understand it's a one time chance - if you screw it up the first time you don't get a second chance.

For the Mac it was great as one of the Forum members had created a script that updated the bios to support the new Xeon processors - an incredibly simple process.

Live and learn, I guess.

Personally I'd go for a motherboard that started with 7 instead of 6.  Those part numbers rise over time..... later is better for you, I believe.

There are many posts here related to your issues, and you can filter in the top left search box for "Z620 motherboard" or Z820 motherboard..... there is a lot to read, and more in there on the Z620 but those two workstations had exactly the same issue with the revision 1 being needed for use of v2 processors.  Leave the default for searching this forum only.  Originally HP was also going to activate the older Z620 and Z820 motherboards for the v2 Ivy Bridge processors, but they changed the motherboards enough that it just did not make sense to them.  This is unlike with the Z600/Z800, which also had original and a revision 1 motherboards.  In that case the main chipset actually underwent a sSpec revision from C1 to C2.  Not so with the Z620/Z820... other things changed.

Remember that there is a difference between Assembly and Spares part numbers.  PartSurfer only uses one type, and I can never remember which one it is.  Thus, the same motherboard will have two part numbers....... AS# and SP#.  I think that the one that starts with 6 would be a risk for you.

Here is a good review:  Link

The latest QuickSpecs for the Z820 list the v2 processors that "require" the 1125W power supply.  Your processor is not in that list, they are all higher powered ones, and we've got a Z620 using that processor and the regular power supply.  So, you're safe on that issue, thankfully.

Maybe try PM to Skylarking through the forum.... he has some tips, and you'll find him via the search above.  I've dinked with that a bit, but he knows much more than me on that process.  I used that to get in the proper serial number for a couple of brand new motherboards inserted, xw era, but he has worked with the Z era with that.  Probe your current motherboard for all those numbers and codes once you get into the service mode.  I don't know if you can change the UUID, or would need to (probably not).  W10 activation, however, is based on UUID harvest by MS so you'd need to reactivate if you change your motherboard.

If I have a chance, and probably won't, I'll dig into that revision 1 Z620 and see if I can spot the actual part numbers from the motherboard itself.  Doubt I can get to that.

Thanks for the link. I also had read the 7 page thread where the guy ended up soldering in another part. Sounds like a much "quicker" solution but with significantly higher risk (I haven't soldered anything in 30+ years) and never on a PC - of course they didn't have PC's 30+ years ago.

Completely off topic, why is Windows Explorer SO SLOW:(? I thought NTFS was supposed to really speed up searches and indexing. If you ask me, it's incredibly slower. It takes forever for Explorer to search on my system. The FInder in Mac is virtually instantaneous - and I've got 2-5 TB hard drives and 2-1.5 TB HD's in it (running off a 256GB XP941 PCie SSD).

Searchs in Explorer before NTFS seemed to be SO much faster than they are now.

Even at work, I have a laptop with a single 105 GB hard drive and it seems to take just as long to search.

HP simply "cheats" us, the customers to buy new motherboards that are having the SAME EXACT hardware but they play with the BIOS BootBlock Date and ship it as a revision number!!

I wrote about it in my last reply here:

I will try my best to warn everyone i know not to buy HP products from now on due to this way of cheating until they update the z620 BIOS file in the driver site to allow me to upgrade my CPU since it has the same hardware specs that the V2 Ivy Bridge CPUs run on!!