none of these is detected by the pc... like all the pcie slot are desactivate...  but when i check in the bios they are all activate... i check on google for some solution and i try everything... nothing work...

i try to install windows 7 unstead of windows 8

so what is the problem? the pcie x16 work fine because its the video card that is plugged in and it work... the probleme is with all the 3 pcie x1 slot 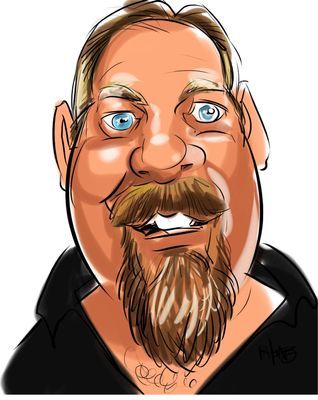 Here are the specs for your HP ENVY h8-1569 Desktop Computer and its IPMMB-FM (Formosa) motherboard. According to the specs this model supports SLOT SECURITY as follows;

Use the Slot Security screen to enable or disable the PCI Express Slots on the computer. To change the setting, use the up and down arrow keys to move to the slot. Then press the left or right arrow key to change the setting. Press F10 to accept the changes or ESC to cancel and return to the previous menu without saving.
Figure 20: Slot security

Please see "BIOS Settings for the Formosa Motherboard" for all possible BIOS settings.

thx for the reply... but this is the first thing i try to solve the problem... they are all enable.... i test to disable also all of these... and still not working.. so i let it to all enable

I have same issue with 2 differents TV cards (HP Elite 7500, mother board IPMMB-FM). Did you find a solution?

The problem occurs when the PCIe root complex (North bridge of the chipset on the motherboard) and the PCIe end point (in this particular case the NXP chip on our cards) do not finish the training sequence (TS1,TS2) and the bus traffic between the root complex and the end point are keeping busy in a retrain loop. This is caused by the  North Bridge register "Target Link Speed" (TLS ) setting not auto changing from 5Gb/s to 2.5Gb/s, which is required for 1.x backward compatibility.  When the problem cropped up a few years back some motherboard manufactures released new BIOS which corrected the problems but many didn’t bother since the older Gen1 PCIe chipsets were being phased out by manufacturers such as ourselves.
Regards,    Ray Rodriguez    Technical Support    Hauppauge Computer Works    New York
http://www.hauppauge.com
0
Reply    osprey4         Posted by osprey4    on 31 Dec 2013 7:26 PM

Hi Eclectic-Dean,    Good to hear you've resolved it.    Happy New Year!    Please post back and let me know if you need more help.
Osprey
Osprey's Toolbox
Osprey's optical drive troubleshooting guide
MS CD/DVD fix (upper and lower filter trick)
Operating system installation guides
0
Reply    Eclectic-Dean
Posted by Eclectic-Dean
on 13 Jan 2014 9:50 PM
Happy New Year, indeed.   Dell Technical Support called me again to follow up on the problem.
They wanted the part number and revision code from the first Hauppauge WinTV-HVR-2250 card.  During the conversation I learned some more information:
* The BIOS (& Driver software) is unique to Dell and is NOT the same as the Motherboard's (or hardware) OEM software.
* Only the products purchased from Dell are guaranteed to work with the Dell PCs.  Products from other vendors (even with the same model numbers) may not function properly.
It is too bad that Dell paid to replace my motherboard (and I wasted several days of my time) since the cause of the problem appears to be an incompatibility with how the Dell BIOS handles some older PCIe-1.X cards.
I must say that I am impressed with how much effort Dell has made to make sure that I am eventually satisfied with their product.  Hopefully Dell's Technical Support will use this experience to help other customers when they have problems moving their older PCIe TV Tuner cards to their new Dell PC.    0
Reply    RoHe         Posted by RoHe    on 13 Jan 2014 10:41 PM
Glad Dell was able to help you sort out this problem.
And thanks for posting the details you learned while exploring the fix. Yes  Your info will certainly help other users who have reported issues with TV tuner cards.
There seem to have been a number of issues with PCI-e cards, aside from tuner cards, when Intel switched to newer generation processors and chipsets.  Guess the PCi-e card manufacturers didn't keep up.
______________________________________
Link to intel site discussion re older TV cards not being recognized by newer boards and the bios fix.    I think the discussing located therein is extremely telling concerning 2nd generation PCIe slots and older TV cards.  As you can see the thread started in June or so and in November Intel had fixed the problem.  I cannot even get you to acknowledge that this is HP's problem.  I guess there has not been enough people to complain, or HP doe not care.
https://communities.intel.com/thread/29254?start=45&tstart=0

______________end of cut and paste  __________
I firmly believe that I have the same problem that was discussed in the foregoing websites.  I have a problem with a HP newer generation board with newer generation slots, and the how bios handles  them.    There is a compatibility problem with the problem being the HP machine, and how they handle the older cards.  My 1250 card (which works fine in my DC7800) is out of warranty.  My avermedia cards (which also work fine in a windows 7 64 bit computer [the dc7800]) are also out of warranty.  If thenew machines functioned correctly (the slots were backward compatible) I would not be even discussing contacting  Hauppague and Avermedia or replacing the cards.  The computers need a bios that allows gen 1 cards to work in the gen 2 slot.

Remove both PCI-E addin cards. If the USB 3.0 card requires auxillary power the connect it up. If that doesn't solve the problem for theUSB 3.0 PCI-E x1 card then return the card and get the following HP card USB 3.0 PCI-E x1 card as it does indeed work on PCI-E version 2 slots.

You will need a SATA Y splitter power cable.

The above card works for me but that doesn't mean it will work in every PC.