(Forgive me if I posted this on the wrong board) So I don't often restart my HP Touchsmart IQ526, but recently It's been ,  giving me trouble. Its that time of the year where I have to update Kaspersky And I've realized the computer won't restart. I have done the windows recovery mode, for when it doesn't turn on properly, and it worked, but because it rolls back, I had to uninstall the antivirus again, and I have the same problem. I gave up on uninstalling something earlier in the week, but this is just driving me nuts.

Now when I go to restart it goes through the "hp touchsmart" screen, then windows, just to black. I can move the curser arround, but not much else. Its beeping touch it, but it has no effect on the curser.

Is this a hard drive problem?

Since its an all in one, I can't just flip the lid and take a look under the hood.

I'm just about ready to just build another, better, computer from scratch, and I'm curious if i can transfer the information without this bug (if it is software)

It could be a hard drive problem, but also something else.  Can you access the bios?  If so, you might want to try booting up with a flash drive or CD.  Windows 8 supports this.  Or, you could try doing so with a brand of Linux and check out the hard drive.  Or, just install a new OS.  If none of these work, chances are you need a new hard drive. 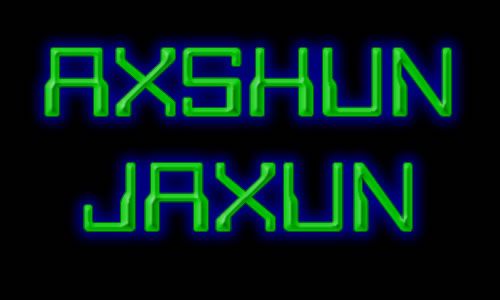 Gjhuff made some good suggestions.

It sounds like the operating system needs to be reloaded, if it having trouble getting past the HP logo screen. If you are able to get into the Windows desktop at all you can easily transfer your data over. The most reliable way is to copy and paste folder from your C:\ to a flash drive or external hard drive. I wouldn't suggest using "Backup" software because they take exact images of the files and will transfer any corrupt system files or viruses you may have.

You'll need to run a hard drive test to make sure the hard drive itself is OK. Here are the steps:

5. Run the Start-Up Test. It tests all of the major components. If everything passes run the Hard Disk Test by itself for a more thorough check of the hard drive. The SMART Check, Short DST and Optimized DST all pertain to the hard drive. If any of those fail, the hard drive will need to be replaced. If all pass, the hard drive is fine and Windows just needs to be re-installed.

Before you do a recovery, you can try to access your files using a Live CD. See this post for more details on using Knoppix to recover data when Windows no longer boots. There are a few links on that post that will teach you all about using a Linux Live CD to recover data. I strongly recommend Knoppix because I've used it myself a few times to pull data off of a hard drive where Windows would not load at all.

You can attempt to reinstall Windows from the Recovery partition (without using Windows discs) that is built into the hard drive. Transfer your files before attempting a recovery, because it will wipe your hard drive clean and completely reinstall Windows. Here are the steps to perform a recovery.

I hope this information helps! Please let me know if you have any questions! Would like to hear the results too, if you get a chance

So I was able to recover the files, I rolled back a week. I ran all the diagnosis, and it all came back clean. In fact, the computer worked for a little bit, I was able to restart no problem. However when I went to uninstall some programs, the problem came back. rolled back again, and well, that started this cycle again. I"m going out to bestbuy to get a second opinion from the geek squad, but now that I have all my important things, would a factory reset work?

Yes. If all of the hardware diagnostics tests passed, particularly the hard drive, then Windows has just become corrupt and isn't able to start. It will need to be reinstalled.

You can attempt to reinstall Windows from the Recovery partition (without using Windows discs) that is built into the hard drive. Here are the steps to perform a recovery. From the blue links at the top, click on 'Recovery from the startup screen (during system boot)'. Any questions about the steps, just let me know

Okay, so i need to do a reinstall it. Now I found the disk that they sent me to upgrade from Vista... will this work or should i just do the steps to preform a recovery, per the web site's instruction?

It will work if you can get Vista back on there first.

If you need the original Windows Vista disc, you can get them from

Let me know if you have any questions 🙂

No rush, just checking in 🙂 Any luck with the recovery?