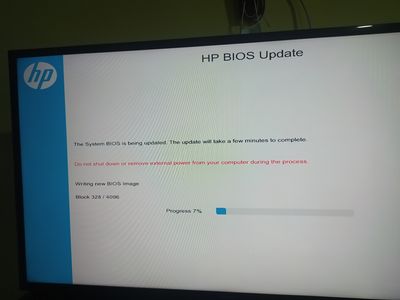 This was the picture that i took before the Trouble happened.

a few days ago i've got a problem with the "USB Not Recognized" Notification with no reason at all, because it's kinda annoyed me then i decided to update some stuff on windows Update Tab. At first, it was going very well and some of my problem solved.

till i met the "BIOS Update" option, cause i thought consider at the previous updates it was going really well and solved some of my problem, so i was thinking like "why not BIOS update as well?" just to make it better and perfect.

but iam totally wrong when i've seen what comes after the update being installed successfully, the black screen appears, like this following pic. 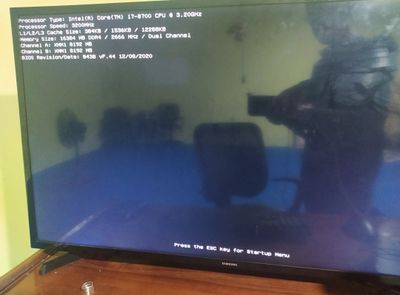 it showed completely my Desktop ( HP Pavilion Gaming Desktop 690-0017d ) specs, which are :

and, a "Press the ESC key for Startup Menu" at the middle bottom of my screen.

i did Push the "esc" Button, and i was waiting for almost an hour but nothing happened. After that i turned off the PC and get into the Motherboard. I was trying to find solution on the Internet then i took all of the components of my CPU cleaned it up, and replace it back on position. 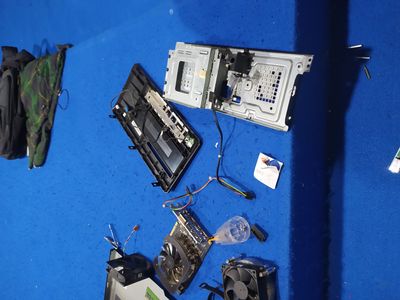 i tried to turn it on but it still the same as first...

then i've been searching for the whole day on the internet about how to reset CMOS / Reset BIOS as well.

i tried everything that the tutors said in their videos (About jumpers and etc) a lot of them but it still doesn't work on my CPU, it makes me so frustrated.

and it is also because, it's not actually mine but my College's Studio.

so i hope that master can give me an advice and solve my Problem, thanks in advance

Your first screen image shows a BIOS update in progress. Did this BIOS update complete, did the PC reboot, and did you get to the Windows desktop after signing in?

The second image shows your PC can POST but you cannot load Windows. This means the BIOS update seems to have been successful but Windows may be corrupted or you have a storage device problem.

You may have to pull the HDD or SSD, connect it to a different PC to try data backup, and do a clean Windows 10 install on this HDD or a different HDD.

Do a cold start, tap "ESC" to see if you can get to HP's Startup menu. Enter Setup and check storage to verify the HDD is detected by the BIOS. Goofy issues such as "USB not detected" can indicate a HDD or RAM problem.

I don't see the HDD listed on the POST screen, it should be there.

You may need a new HDD or a new SSD.