It has a stock liquid cooling system (Cooler Master, I think) but the CPU reaches almost 65°C just browsing on Chrome. I tried to leave it on without any open application and it goes up to 53°C randomly.

I should use it for project renderings too, but I'm worried to do some damage.

What can I do in order to cool the CPU? Should I add some air fans or it doesn't make any difference?

Under Power Options, try setting "Maximum processor state" to 99% and that is basically taking out turbo boost power and it should help a lot with temp as temporary solution.

Sorry I can't answer your question but I am curious - what chipset is out motherboard? I didn't know any 25L supported 3rd gen ryzen

Under Power Options, try setting "Maximum processor state" to 99% and that is basically taking out turbo boost power and it should help a lot with temp as temporary solution.

Tried to make a fan stress test with HP Hardware Diagnosis application but fans were getting very, very loud and I was so terrified I had to stop it😂 my bad..

At the moment I am browsing on Amazon and CPU randomly goes from 45°C to 71°C! **bleep**!! I don't know, maybe there's a background app but that's just insane. While I am writing this the temperature is still around 70°C.... I think I'll buy like 2 air fans. Do you recommend to replace the stock ones? (Really loud)

Anything's worth trying at this point. Make sure your case bottom isn't blocked by like carpet or something. Front and bottom are where air is supposed to go in.

I've replaced both back and top fans with Noctua fans and added 3 at the bottom as per attached. It's a lot quieter and less warmer compared to when I just got the rig.

I'm very surprised 99% max power didn't do anything for you. It dropped my temp by about 15 to 20. Just in case you didn't do it right, I attached the screenshot also. Good luck. 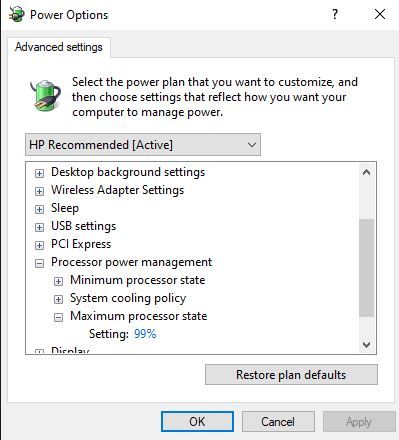 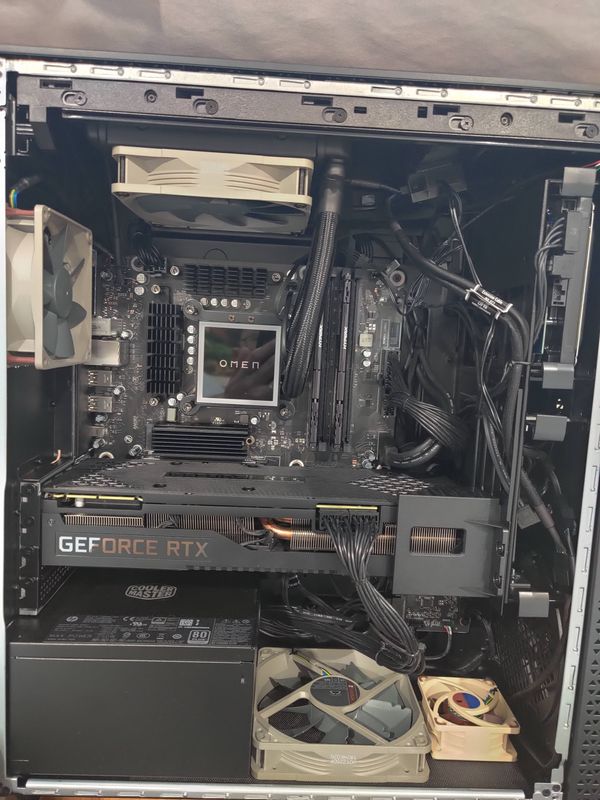 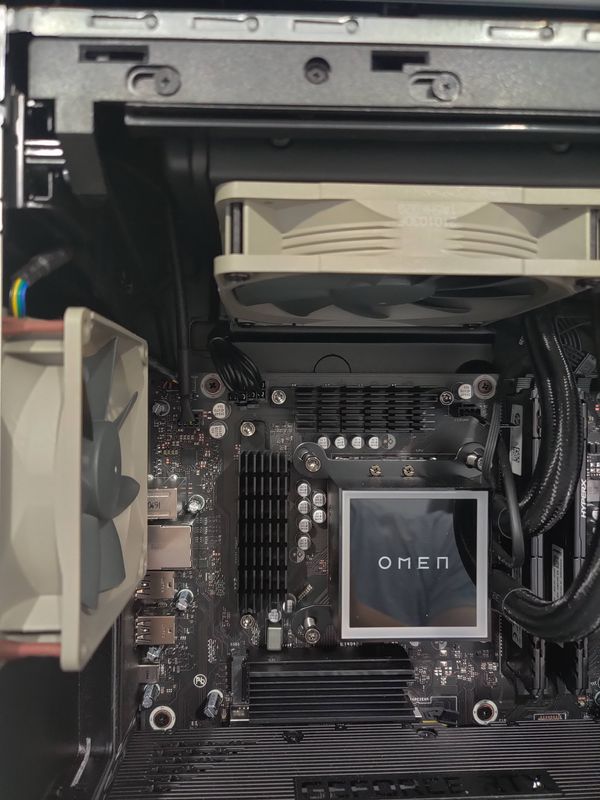 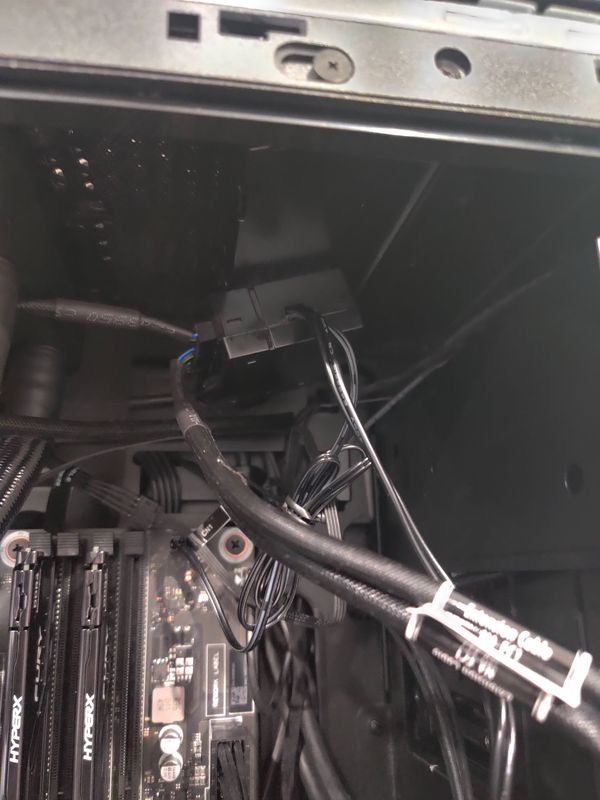 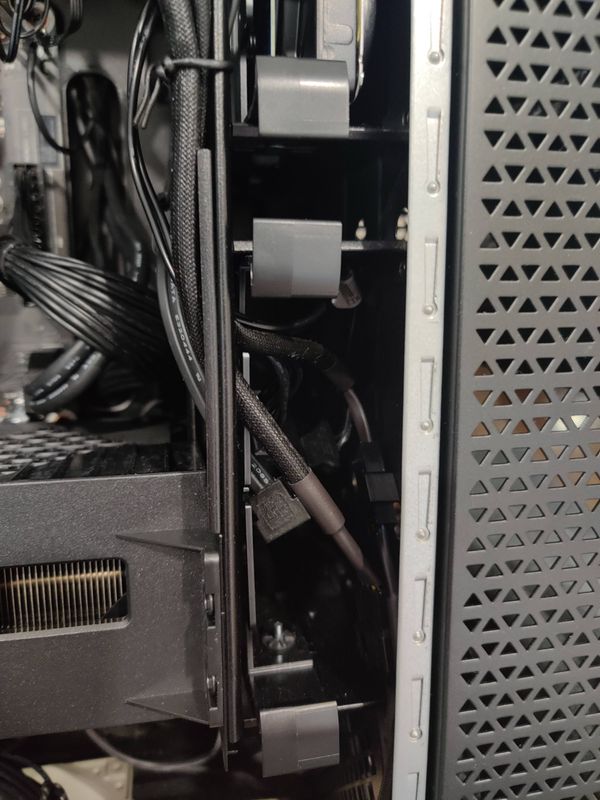 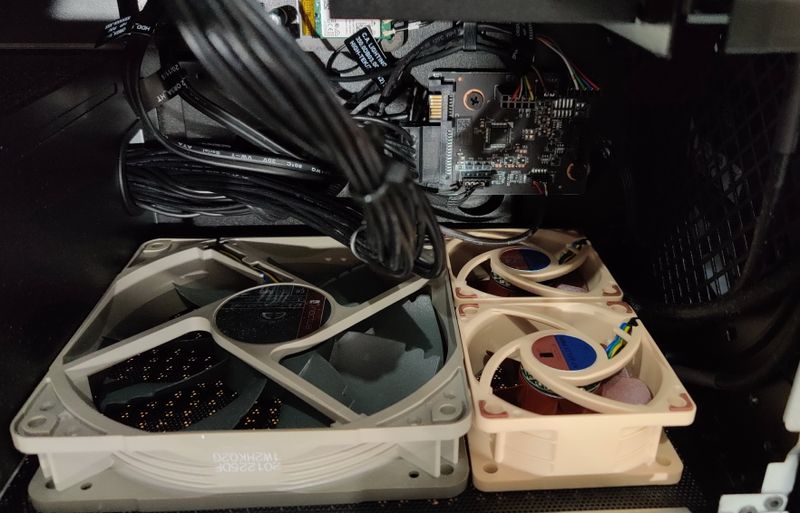 Nope, didn't work. Pictures looking like triangle icons and not actual pics. I'm not sure why that would be but here's a link.

I see you actually have 4 fans. My case only has two stock fans😂. I just bought 2 Corsair ML120 from Amazon. Thank you very much for your time.

I'll let you know if it gets better!

Nothing. Absolutely 0. I'm so disappointed... I think I'll send it back. The only thing I didn't do is to replace thermal paste but I don't think they'll accept it for a refund