enyone clever enough to explain this ?
A friend of mine self build a sort of gaming PC based on i5 , DD3 no SSD and founders nvidia GTX1080 , so he wanted to compare the porformace against mine "uber" super dupper rig ..and I got left in the dust..HOW ?
This is what he get look at mine ???? 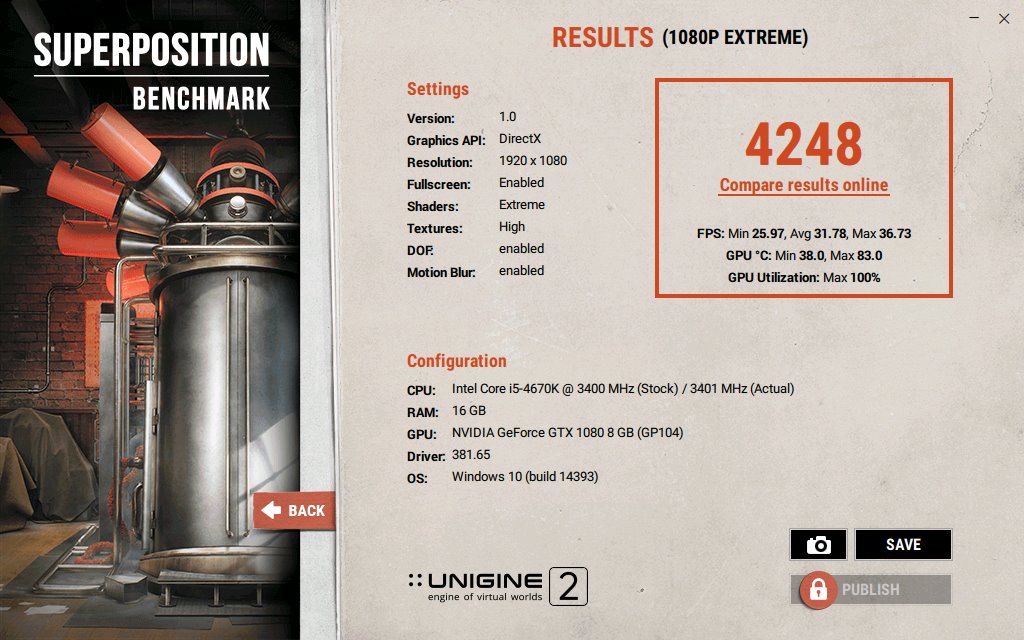 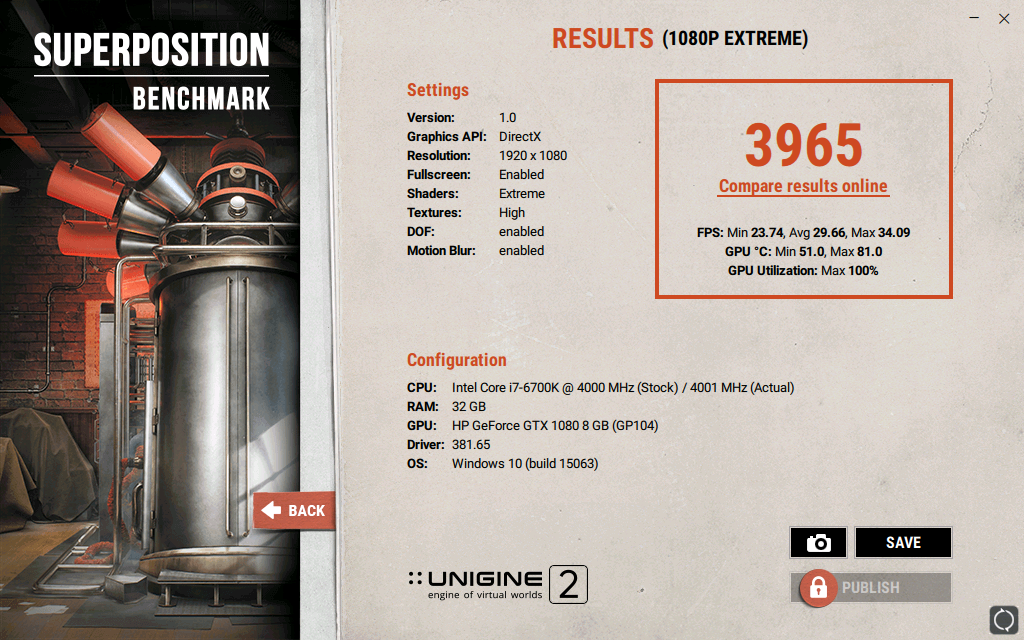 both systems are fresh installed no overclocing of any kind all STOCK speed and settings in nvida driver are set to LET APICATION CHOSE ...so please anyone form hp or OMEN TEAM can elaborate or share some wisdom about this embarresing defeat from a machine build with less almost 50% I paid for this ..should I call it  how...?
I would like to know what did I pay for ? ??????

This forum is mostly users helping other users. HP has no official presence in this forum.

I have a home made system as well as other HP Laptops and Desktop PC's. The specs on my custom built system are as follows:

I hit 2800 using the same settings when running Superposition you used. Have not over clocked to see what I could hit yet.

Maybe I will get a 1080 and install in my PC and see what happens.

I do see one thing with you and your friend's stats that is troubling:  GPU max temp of 81 to 83 degrees C. This temp range is going to throttle GPU performance. I have heard Omen 900 PC's run hot even though it is liquid cooled.

Have you checked other component temperatures when running this benchmark?

Now that is very troubling what you mentioned about t the temperature regarding my Omen as I don’t use any kind of Overclocking , nothing , everything is hp default , the bios doesn’t allow anything so there is nothing to change .
My Omen fans is out of my reach and I don’t know what the control settings are , rpm and threshold’s .

So aside my friends self-build rig which blows me away if everything on my side is hp default nothing OC or touched why does it run that high temperature?

As far as I can visually see the inside is clean, the vents are rotating so aside form that my hands are tied .

Maybe if HP should issue a new bios with higher vent rpm rates could help the temperature to went down so far, I can’t do anything and honestly this now pisses me of very badly

this ise exactly model I have:

once more nothing OC no OC tools installed bios is  F.04 and no other available listed on  my hp OMEN support download page .

other than taht how in name of logic a system build on I5 , 16gb DDR3 , ordinary SATA HDD not even SSD the only thing we have the same is founders edition nvida GTX1080 can outperform my system so badly ???

After an extensive research and suggestion’s given from other hardware/gamers forums and blogs it turns out that my system runs perfectly fine within operational parameters and even better.

As for nvidiaGTX1080 founders it is considered normal even very good if the card performs 79-89 C under full load my temp range logged after several hours of testing , gaming and logging with GPU Z shows temp rang 77-82  I never reached anything near 90 even so nvidia states that even 110C is within operation specification ..however I wouldn’t like to see that .

As for CPU I ran countless stress tests full loaded it never exceeds 75C so that altogether means that the ventilators on whatever RPM they are spinning doing the job what they are designed for .

I them played GR Wildlands continual over an hour when I checked the logs highest temp reached was 79 for GPU and it was in range from 76-79 , CPU even less 62-66 .

I entered bios checked the THERMAL all 3 fans spinning, all of them around 550 - 580 rpm don’t know when under load how much rpm increase but giving the test and gaming results they do the job just fine.

So ..where are we now ?? nowhere! ...swallow the bitter pill that a 60% cheaper i5 system NOT OVERCLOCKED outperforms my OMEN who meant to DOMINATE. It DOMINATES my ass! Never again in my life I put my trust in corporative BS. Lesson learned very painful, expensive and with outmost regret.

Hp put that on your review page if you dare. 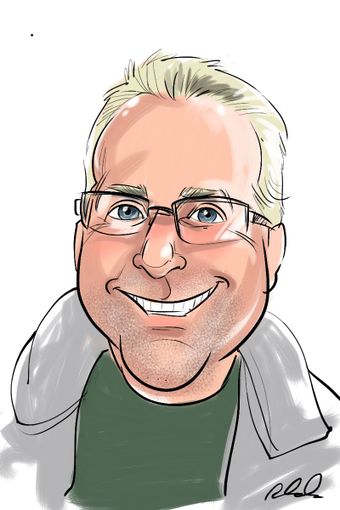 I'm gonna run this on mine and see what I get. Interesting results.

I am an HP Employee
Quality Manager - HP VR / Z Desktops
-----
“iMaxx” FORMER VOODOO PC / HP LEGACY GAMING SERVICE MANAGER
While I am an HP employee, my comments and suggestions are my own and do not represent HP Inc.
1 Kudo

Just to add on top of all of this his system or beater to say his founders edition gfx outperforms my even in 3D MARK not the whole result as raw CPU benchmark is on my side and untouchable for him but graphics benchmarks when compared with my they are higher 4-6 FPS in every category.

So question is ..what kind of Founders edition hp is selling ? some low quality or what? less transistors version as it is obvious that my perform worse in equal test settings without any OC applied. I also found out that similar configurations and with less powerful CPUs are hitting this 4400 with founders GTX1080s however for me that’s not reachable.
I’m on this Creator version of windows I unfortunately didn’t do this runs on older Anniversary so I don’t know if this may have some impact on the result.

Thanks for checking out , I really want to bust this mistery .

I tested again with my nVidia branded Founders Edition GPU and I something like 4023. A marginal and meaningless difference.

As to your question as to why your friends is higher? I can't say. There are too many unknown factors.

- When you build your own, you are in far more controll of the parts that go in it. You may have a mobo that can take the same hardware as your friends and get a slightly slower score depenting on the board itself. (Is it the high end of that line? Midrange?)

- You're on different OS versions. (Dunno if that would make a difference, but if you want to do proper scientific comparisons, you have to get two like units. If there are differences at all, you have to take that in account with your results.)

- What is running in the back ground? No matter how many things you close down, this will always be marginally different.

- The benchmark you are using is an artificial number anyway as when you do any extreme testing, it is so sensitive that anything can trip it up... your model and quality of your monitor. The quality of your cables.

- This program is also new so it may not like some subbtle difference between your and your friends units.

It could come down to the hardware and components that the Omen has. Again, it's prebuilt, so you don't get to control that. His board could be a higher end board, as I alluded to above.

Now the question of "Then why did it cost so much!!!" Because building your own is always going to be cheaper. But what do you do if you don't know how to build your own? You pay to have it built. In that cost is the labour, design, and R&D costs and anything else. When you are building your own you can nickle and dime for the parts, and labour for anything always adds to the price. (Just look at a car mechanics bill.)

I've been building custom computers for more than 20 years (Which is how I eventually got the job at HP.) and building your own will always be cheaper and if you know what you are doing and buying, may get better results than something that is store bought because of said customisations.

My personal advice is enjoy what you have and don't get caught up in these benchmark scores. It's great for bragging rights, but it really doesn't make much of a difference in the game as the realworld differences are negligable. I've played against many people who boast high scores in these artificial benchmarks and still have handed their backside to them on that digital silver platter.

On top of all that, your score is pretty damned good!

I am an HP Employee
Quality Manager - HP VR / Z Desktops
-----
“iMaxx” FORMER VOODOO PC / HP LEGACY GAMING SERVICE MANAGER
While I am an HP employee, my comments and suggestions are my own and do not represent HP Inc.
1 Kudo
Tags (2)
View All (2)

I was building my own gaming rigs as well and also over 20 years why I didn’t do now is where I’m temporarily here for work getting components is difficult and expensive even more then to buy a prebuild. I have gone for Omen X as I saw an opportunity for future upgrades and it would be easier to get part by part in time then everything at once .

I agree with what you wrote and |I’m aware of the components facts ..however his components aren’t that high-end, slightly above mid-range  , where he actually put money in was the GTX 1080 founders  from evga , heck!! he is running on DDR3 with no SSD while my Omen has SSD M2 and DDR4 , seems that isn’t any advantage .

In real life and gaming there will be no differences even I would have advantage once CPU needs to kick in however marginal I believe , when it comes down to that point wen frame drops down to 25 for him and 22 for me it is basically the same however In real life gaming this would be few years ahead.

The heaviest thing I’m running in background is Bitdefender security I put it to GAME mode and I’m not that sure that it is the problem anyway ...it may impact slightly but not much .

I run some additional tests and got slightly better result 4007 using latest nvidia BETA driver but again not close to yours or his in final score.
However I’m back to official latest release nvidia driver as this beta cause some strange behaviour while gaming although they score higher in benchmark but then again I do not play benchmarks

Thank you for the opinion.

One reason why you are scoring low. HP turns off factory turbo boost by default. Go into your bios and disable overclocking. The cpu will then run at FULL factory speeds as intended using turbo boost. For the gpu. Setup an aggressive fan profile and you will get better performance. Doing that I see 74-75c doing intense gaming. I don't have an Omen but do have a HP Phoenix. I squeaked on by your results with everything being stock and no overclocks. 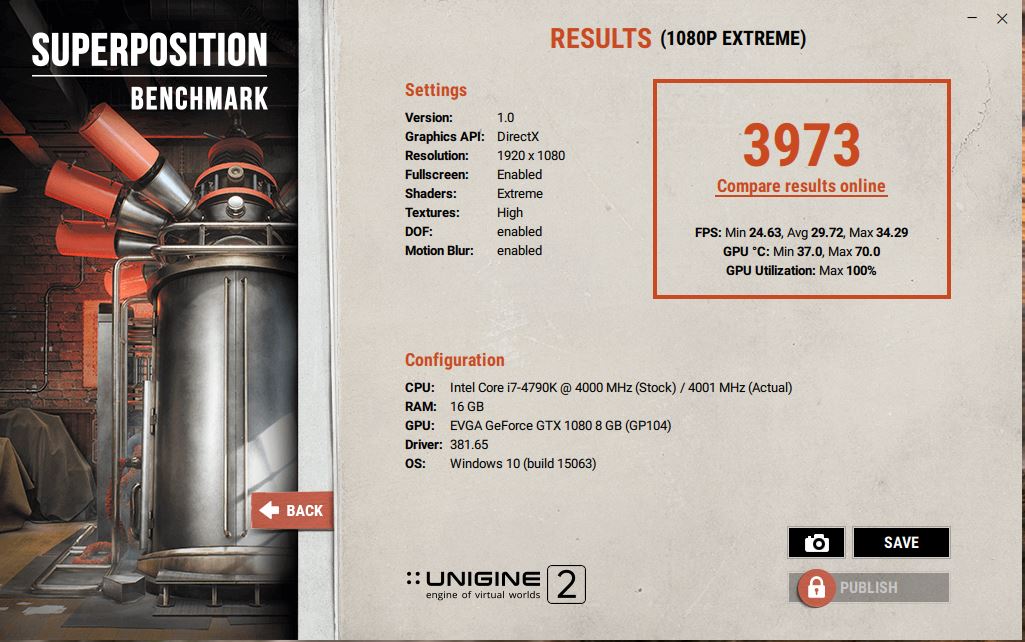