Failed to update the BIOS 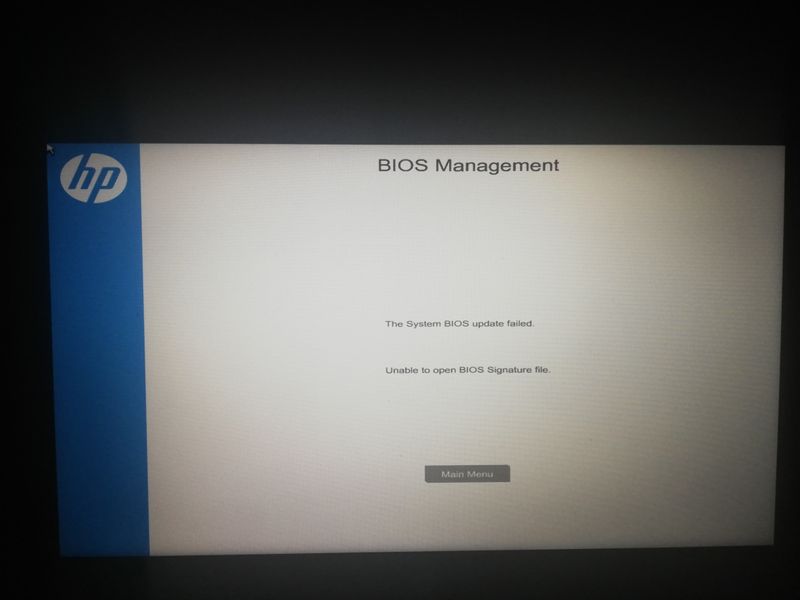 After a terrible BIOS update, F. 08 decided to install the previous version of F. 05 or F. 02 , but when installing it writes
"unable to open BIOS Signature file".(This appears via USB installation)

You can't install it via the installer either. 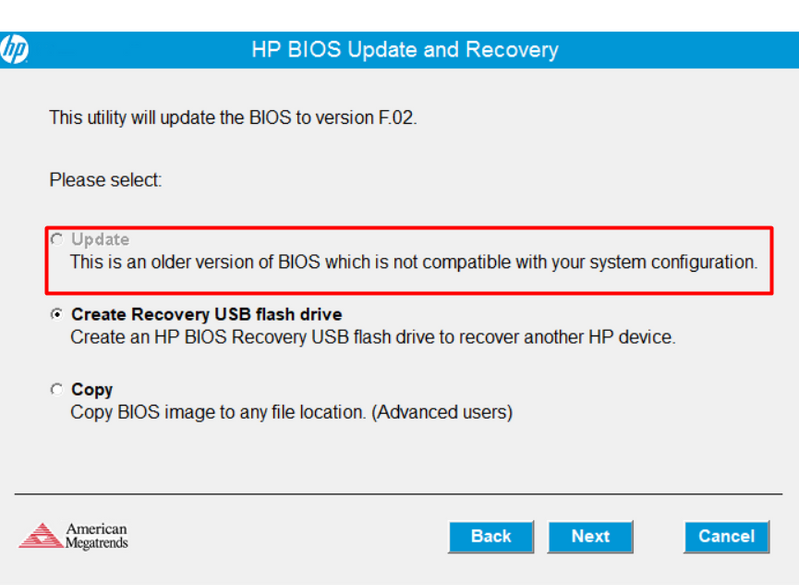 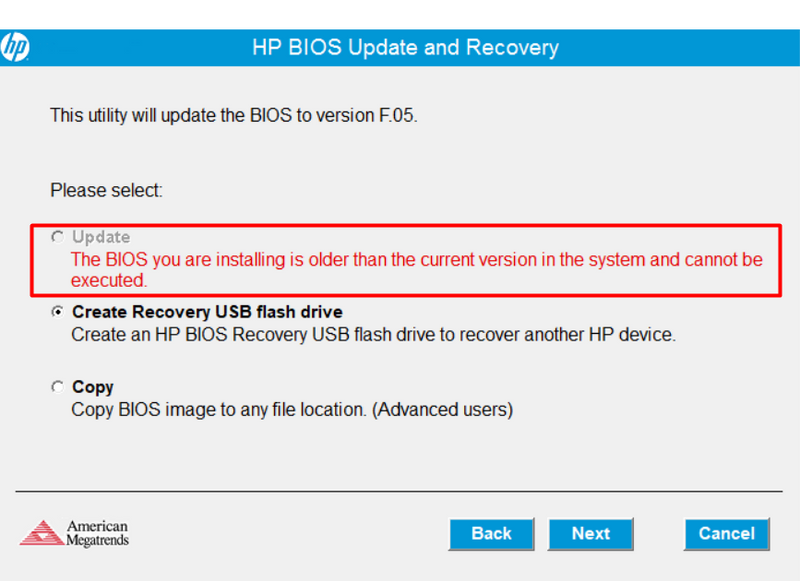 Same for me. Any kind of BIOS rollback just fails with 'Unable to open BIOS signature file'. In logs I see that it looks for 086D4.s12 file, but after extracting BIOS or creating HP Tool USB, there are only 086D4.bin and 086D4.sig files, which makes BIOS rollback function pretty useless..

Hello I have the same problem. Can you tell this team about me too?

I assure you I will try my best to get this sorted.

In order that I may provide you with an accurate solution, I will need a few more details and I would appreciate if you could, perhaps elaborate on your concern.

Look forward to hearing from you and you have a great day!

Yes the computer is booting into windows

The problem is described here: https://h30434.www3.hp.com/t5/Gaming-Notebooks/The-system-was-hibernated-due-to-a-critical-thermal-e...

Yes the computer is booting into windows.

Can someone help us?

I recommend you run a system test on the computer to make sure all the hardware components are working fine.

If the hardware test pass, then perform a cloud recovery following the steps in the below article.

Will restoring from the cloud delete all files on my computer?

And when using HP cloud recovery tool, the program writes that the prodID does not match(I did everything according to the instructions)

Hello @The_Fossette, thanks for your reply.

Q: What is the exact issue you are facing after the BIOS update?

A: Issue is the same as reported by other users using BIOS F.08: computer is hibernating after playing about 15 minutes in game (for example GTA V) with thermal issue reported in Windows Event Viewer.

Q: Is the computer booting to Windows?

A: Yes, computer is working without any issues until I start resources demanding game (for example GTA V). All tests in HP PC Hardware Diagnostics for Windows or tests in PC Diagnostics run from UEFI (F2 during booting) run without any errors. Stress tests in 3DMark don't make any issues too.

Q: Have you made any software or hardware changes on the computer?

A: Computer is brand new (one week old). I haven't made any hardware changes. In terms of software, I've installed all updates available in HP Assistant (including BIOS update from F.05 to F.08) and installed all Windows Updates including update to Windows 2004 version. I've removed McAfee antivirus software and installed GTX1650 drivers from Nvidia site.

Please see following graphs from AMD uProf when hibernation after thermal event occurs (at time point 14:29 after launching game, there is peak in socket power just before temperature hits limit and hibernation occurs): 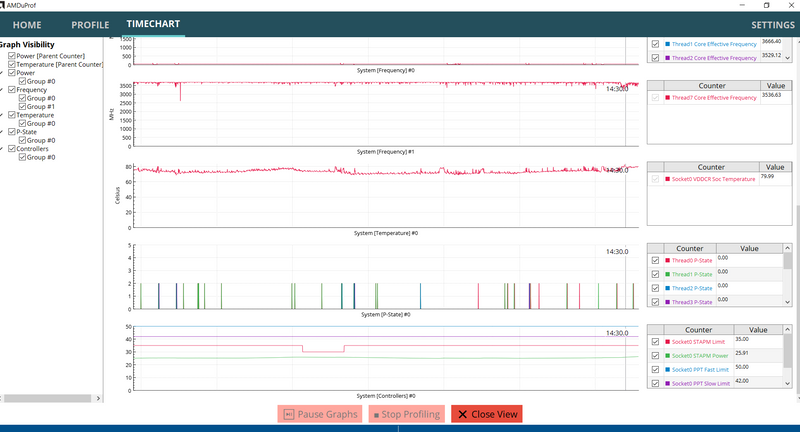 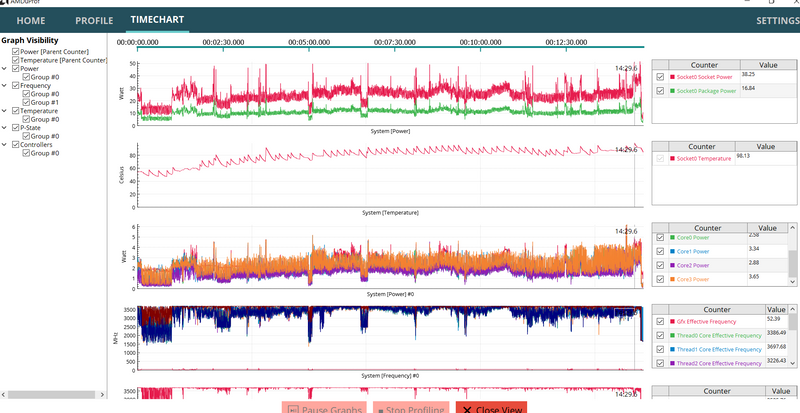