Almost all games are lagging.....I used high performance mode.... lagging reduced but not gone....I can't paly game with this much lag..... please help

Hello. Are you gaming with the power cord plugged or on battery only when this happens?

In both condition power cord plugged in time and battery only mode games are lagging.....fps is dropping

Alright then,  I'm going to need more details to better understand what might be happening.

And in all graphics settings...like low to ultra it's lagging

OK. Just so you know, you need to be plugged in when gaming. The system will operate at full power only when plugged in.

I'm not sure whats happening. You say almost all games are lagging. which ones don't lag?

Your system doesn't meet the Recommended specs in the first two games you mentioned, but it does meet the minimum. In such case, those games would probably have to be set to medium or low settings to work.

But It shouldn't be running at 6fps constantly.  Perhaps you either have a faulty video card, or you have something in the background running that's eating up your CPU resources. You can run the windows Task Manager and select the Processes tab to see whats running. Click the CPU tab to display highest to lowest. If you have something other than the game taking up high percentages, you can disable it.

Also, make sure the NVIDIA control panel is set to run your games on the 1050 card only. Sometimes it can default to the CPU integrated graphics instead. You can set it to only do this per what ever game, or you can set it to run the NVIDIA card Globally for everything. Remember to be plugged in to the AC adapter. 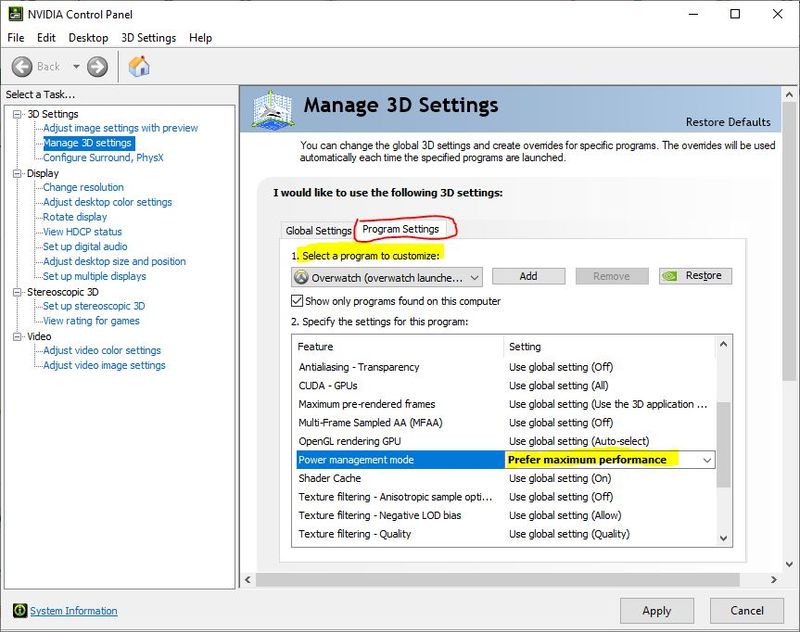 Let me know what happens.

I have done this before....but nothing changed

OK so if you post a brief description of what you've tried already, it saves us all a lot of time. 😉

Have you run the UEFI Diagnostics also to check the hardware?

HP How to use Diagnostics

If all else fails, are you under warranty still? If so, you need to contact HP Support directly.

Alternatively, you can reinstall Windows yourself and see if it clears up the issue. I would not install anything other than Windows updates afterward and one game to test with.