turn on suggested results
Auto-suggest helps you quickly narrow down your search results by suggesting possible matches as you type.
Showing results for
Search instead for
Did you mean:
Options
StevZak3
Level 1
9 8 0 0
Message 1 of 32
17,741
Flag Post

So I bought the HP Omen yesterday and after installing my first game on it and started playing it, i noticed that the laptop was getting really hot, so i installed speed fan to measure my temperature and  i found that while playing, the cpu was getting up to 90 degrees c , and the gpu approximately 10 degrees lower than the cpu all the time, keep in mind that that's my first good gmaing laptop, so i don't know if that's how it should be, i would appreciate u guys helping me.

Theres been controversy over the overheating. I would not want mine to go over 90 either.

Do make sure the system is completely up to date first. Manually run windows updates.

So i downloaded what you just sent and stuff should i guess now be completely updated? I have to restart so iam gonna do that now, and then see if there is a change

So i opened the game again and my CPU temp is going up to 91 degrees c.

The issue here is the Intel 8750H... Its simply a hotter CPU by nature and the slimmer 15" chassis paired with HP sub-ideal cooling solution lead to undesired overheating..

Your easy fix is downloading INTEL XTU (Here: https://downloadcenter.intel.com/download/24075/Intel-Extreme-Tuning-Utility-Intel-XTU-) and undervolt the CPU by -0.150 (If stable) this should drop your temps to mid to low 80s..Use this youtube video as a guide on how to use XTU: https://www.youtube.com/watch?v=R7OdTmylZNQ&t=218s

Your hard solution is to replace the stock thermalpaste with something better and you will need to undervolt anyway to get maximum cooling..

Its not really hard to do and you will see the benefits right away and for 0$ spent using the Undervolt Method. 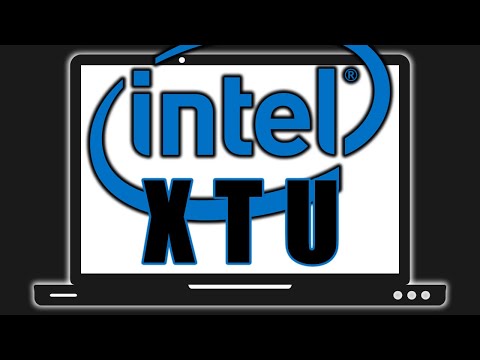 Iam gonna try this but is it safe for the cpu and gpu?

Yes, This is all INTEL software and they have a fail safe system so if you screw it up somehow (Which you shouldnt from watching the video) the system will just lock up (You will have to hard reset the laptop) but once restarted it will revert anything you did by itself... So its really hard to mess anything up when the Software wont even allow you to do so, Also this only affects the CPU (Hence Intel Software) the GPU wont be affected at all.

Undervolting is removing unecessary voltage from the CPU. Since CPU manufacturing is not perfect some CPUs need more power than others to run, So in order to satisfy all yields Intel ALWAYS overvolt their CPUs in order for them all to run stable. This excess of voltage is then converted to HEAT which is the main culprit for the 8750H to run as hot as it does.

Removing this excess heat (Thus voltage) from the CPU will allow it to reach higher clock speeds = More Performance since the CPU does not have to thermal throttle anymore, This is essentially what UNDERVOLTING means.

Alright thank you for explaining iam going to restart my laptop right now to be able to use the proggram and iam gonna try it out and see what changed.

I see Skirmich posted before I could get back to ya. Let us know how it goes with XTU.

From other users Ive seen the maximum offset for the 8750H is around -0.150mv which is what I am running in my 7700HQ OMEN. This is all CPU dependant though! dont go setting -0.150mv offset right out the bat! you have to test various offsets first.

You can start easy with a -0.050mv and use the stress test feature on the Intel XTU software for 10min runs to find the CPU sweet spot and go from there in increments of -0.010mv at a time.

And so fort... Until you reach its maximum..
You will now when you have undervolted too far because the system will lock up (Will freeze the entire Windows).
That is basically how it goes, Its a long testing process but very rewarding!! my 7700HQ removed almost 15°C out of its maximum temp with undervolt so I run it all the time now.