I am wondering if there are any special drivers or updates that I need to get HP Omen Accelerator working with the late 2019 model or is the accelerator not compatible with that laptop?

If the latter is the case, are there any updates of the firmware or drivers planned to introduce support for this in the future?

What EXACTLY is your HP Spectre x360 13 late 2019 ?  Please use the following instructions to find out the model/product of your machine:

Will Omen Accelerator receive any updates for compatibility with newer models or was support for this product dropped?

This did not resolve the issue. What have I tried so far:

I also have the same issue with my new HP Spectre x360 13-aw0031ng. When will they fix there drivers for the omen accelerator?

@04M04
Thank you for posting on the HP Support Community.

@Echo_Lake Thank you for answering.

I have the exact same issues as @Kemen63 in the first post. but with the difference that I used a 13-aw0031ng.

I had also tried to install all the drivers from the HP Omen driver and software support page from HP, but i can't install the Thunderbolt 3 Firmware Update for Hosts of OMEN Accelerator because of a artificial driver incompatibility . 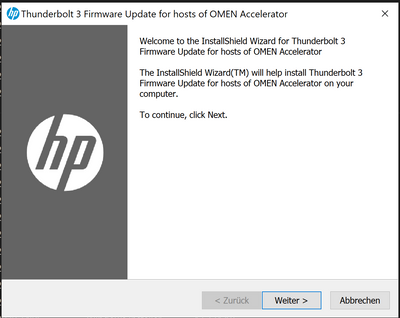 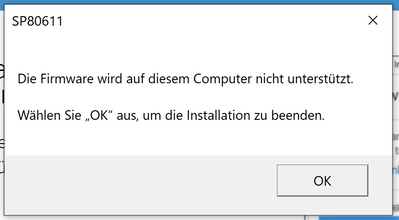 In my eye's this is very disappointing because I get my 13-aw0031ng from HP because of multiple hardware failures with my old HP Spectre x360 from 2018.

So I hope there will be a solution in the near future. (Hopefully a simple driver update, because that's the reason for all this trouble. 😉 )

Ps.: I have tried to push the reset button on the back of the Accelerator for 30 seconds, and it didn't worked.

And I also did not set any different settings for my new 3 days old HP Spectre x360 13-aw0031ng, since working with the Omen, because it never worked with my new replacement Notebook from HP. It worked on my old one and also works still on other Notebooks from different brands like Dell and Acer.

Sry for my direct writing style. I really appreciate your help.

I have bought myself a thunderbolt dock as I needed two monitors and HP Omen Accelerator did not work and what I found out is that if I daisy chain HP Spectre 13 x360 late 2019 -> Dock -> HP Omen Accelerator, it is detected and works, but there is much worse GPU lag due to this, there is mouse lag, and many random crashes happen, BitLocker is randomly open on boot and many other issues happen so not a real solution, but just an observation.

This is a very interesting observation and it confirms my assumption that this is a driver issue.

It could be a timing issue in the connection process in the firmware of the Accelerator or the Thunderbolt 3 driver for example.