I have troubleshot this battery issue as much as possible but I'm stumped. This is a Windows 10 system and it's only 1.5 years old.

I have an Omen 17t an100-CTO (2XP11AV). The battery stopped charging and wouldn't power the laptop without the power cord connected. I ran the diagnostic and received a Blown Fuse error. I ordered part 922977-855 (I have the GTX 1070) and replaced it.

The new battery doesn't charge either. When I click the Battery icon in the taskbar it just says "Plugged in" but nothing about charging (see below). When I got the battery it had 45% power, and this never increased after the laptop was plugged in for hours. As a test I ran the laptop on the battery until it reached 40%, and connected the power, but now it doesn't go above 40%. 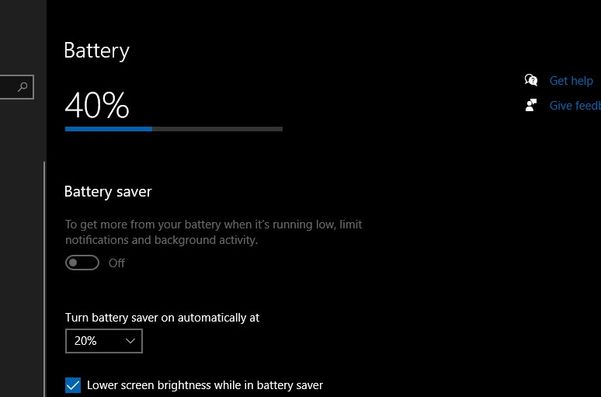 Within the Battery settings I see the percentage, but nothing about charging. If I run the Diagnostic within Windows 10 (as admin of course) it says everything's fine, but when it's run from BIOS I get the same Blown Fuse error (see below). The Battery Age gives me the impression that it still thinks the old battery is installed. 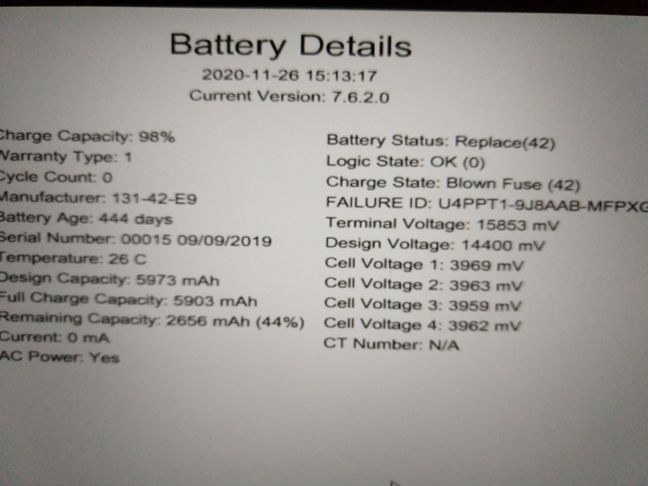 I have tried the Windows 10 uninstall battery driver trick. I have tried uninstalling the battery driver, then shutting down, unplugging the battery, holding the power button for 1 full minute, reconnect battery, reboot. No luck. The non-charging issue occurs even when the laptop isn't powered on so it's not an OS issue. I have updated the BIOS to F.15-11/02/2020 but no change.

Any help would be greatly appreciated!

I reviewed your post and I understand that the battery is not getting charged.

As you have mentioned that even the new battery is not getting charged, it may be an issue with the charging board on the computer and I recommend you contact support and they will assist you with the available service options for your computer.