We've been seeing low image quality and low frame rate performance with ZCentral for a while and decided to try adjusting a few settings and update to the very latest version to see what might have the biggest impact. What I found was this setting in the config file/gui.

When this is set to 30 we usually get 14-16 fps. However, if I set to this to 60 then we get 28-30 fps. Is this value read wrong by the application? It's my understanding that Target Update Rate is the desired FPS and when the system can't maintain that FPS it then starts to drop image quality. But what we're seeing is that Target Update Rate is also setting a maximum fps at half what ever you type in. 30 gives you around 15fps. 60 give you around 30fps. Etc. Is this a bug?

Using version 20.4 on Sender and Receiver. On Sender have MaxImageUpdateRate set to 0, which should mean no limit.

Are you using Advanced Video Compression (AVC) on the receiver side or using the default codec HP3?  What is your latency on your connection from receiver to sender?  Does turning off HP Velocity before connecting make any difference?   What is your desired frame rate that you are looking for, and what application (s) are you using?  In 20.4 or 22.1 there is a defect fix for the default HP3 codec which was causing a performance issue on the receiver side.  If you have a high latency network connection, I would try using AVC.   You can also try disabling Increase text rendering quality if doing more video. 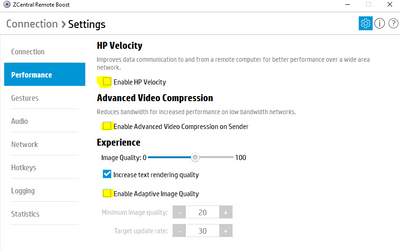 I have also attached the Remote Boost configuration guide, which goes over things to try to tweak performance.

What graphic card is in the sender, and what operating system is being used?

Using HP3 on the receiver side. The latency is very low (<1ms) as I'm on the same network as the host computer. I have not tested with HP Velocity off. We are using video editing applications. The sender side is Windows 10 Pro and we have a variety of hardware configurations from simple nVidia Quadro K620s on up to Quadro P2200s. We are using the 20.4 release.

We have tried disabling the Increase Text Rendering Quality setting in the past but with very unpleasant results. It might not seem like video editing applications need text but when all the property windows and all the dialog boxes have text that you can't read, it's very difficult to actually work.

I've been through every iteration of the config guide from the past three years and followed every performance tweak. I think we're getting the best performance we possibly can. It really is just that we're seeing the frames per second as half whatever number is in the update rate.

Can you provide me with what to use to see if I can reproduce the issue, or provide me with a link to a video you are using to work with?  So the issue is you are getting stuttering?  AVC won't really help you in low latency environments, the HP3 codec should be the best way to go.  Also, not sure if this is possible or not, but a video of what you are seeing.  I would also like to collect config files from both sender and receiver that you are seeing this issue with, but will get PM enabled for you before I ask you for those.  Rather not have those on the forum.   Will request PM now, and as soon as I see it, will reach out in PM. 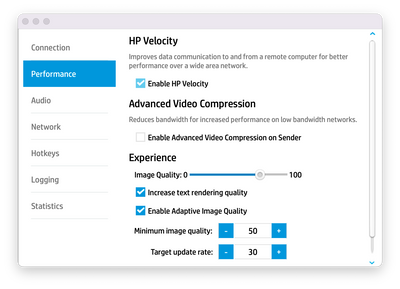 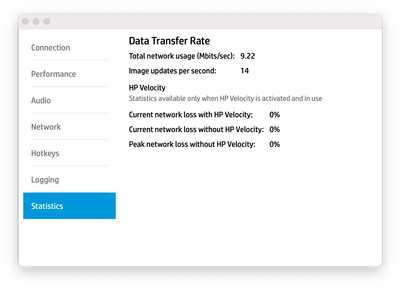 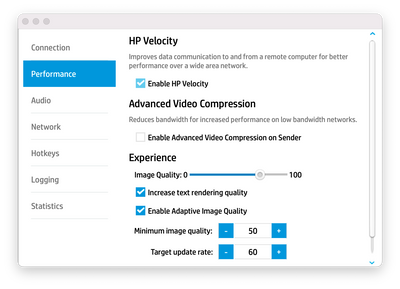 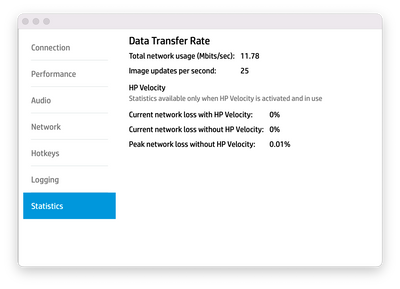 Thank you for the screenshots.  Doesn't sound like you have a particular video setting that I should be using such as 4K 60FPS, or 8K, or just 1080p.  Will see if I can reproduce the issue.  Like you my sender and receiver have about the same network ping times so I should be able to reproduce.  I did get PM enabled for you.

Display properties are set to single display 1920x1080 resolution. The video playback window is around a 1/4 of the display - not full screen. Nothing exotic. Pretty basic stuff. I did send an email with our config files to the email address you provided in the PM.

Thanks for the update.  Will check my support email.

We have reproduced the issue, and are looking into a fix for this problem.  Please see my PM to you for another issue.