turn on suggested results
Auto-suggest helps you quickly narrow down your search results by suggesting possible matches as you type.
Showing results for
Search instead for
Did you mean:
Options
rrmclain
Level 1
2 1 1 0
Message 1 of 3
120
Flag Post

For some reason my printer is constantly jamming papers.   I clear one only to have the next paper that feeds though scrunch up and jam.   Any help on what I need to do to stop this?

Most likely you need to do some maintenance here is a video on how to. 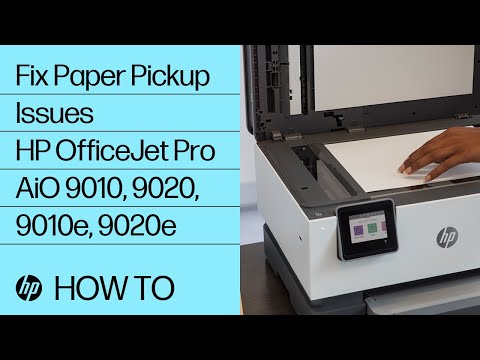 Thanks for trying to help.   The "solution" I should have done was never purchase an HP Product in the first place.   My "original" HP Printer lasted almost 8 years and then I replaced it last year.   The first HP started jamming immediately, the store replaced that one.  That one began jamming within one month and was replaced by HP.   The replacement starting jamming almost immediately as well until I had it about 2 months and even with HP's help the jam could not be fixed.   They just sent the replacement printer without a printhead and instructed me to use the one from the printer that was being replaced.   Of course the error stated that "you cannot switch printheads" even though I was instructed by HP to do just that.   So they decided to replace the printer they just sent me and will be sending another printhead under separate cover.   Both should be here by Wednesday at the latest.   Now the 6 Million Dollar question is whether the "new" printer and printhead will work or not.  Now I have an extended warranty with HP which I bought once I realized the products they were producing now are crap.   Frustrated does not even touch how I feel at this point.  I appreciate you trying to help to the question I posted BEFORE I realized that HP Support and HP have absolutely no idea what they are doing and that they do not care one bit about their customers.  All I wanted when I went out and purchased a replacement printer last August is a product that would be as good if not better than the one I had that finally gave out after almost 8 years.    Silly me!