turn on suggested results
Auto-suggest helps you quickly narrow down your search results by suggesting possible matches as you type.
Showing results for
Search instead for
Did you mean:
Options
jmeander3
New member
2 1 0 0
Message 1 of 3
85
Flag Post

The printer currently has a 61 tri-color cartridge that's working fine, and a brand new black 61XL that refuses to be acknowledged, returning the error that it's not intended for use in this printer. Although my son bought this printer at a military PX store, presumably it's US (the label inside the printer says to use 61 cartridges) but what I don't know is if he used another region's ink when he was overseas. He doesn't remember. He did have a non-OEM black cartridge in it and was getting an error but he also doesn't remember the exact error, just that it wouldn't print.

So, we bought a brand new HP cartridge and it's not working - throwing the 'not intended for this printer' error. Have done a lot of reading and found the 'secret' diagnostic page (image attached,) and it's reading this cartridge ID as all zeroes - the color cartridge shows a normal looking ID code. By the way, the software shows the printer has only printed a total of 242 pages in its life, if that matters.

Even though the cartridge was brand new I tried cleaning the contacts (coffee filter, isopropyl alcohol) on both the cartridge and the printer and no help. I can get a nice rectangle of blank ink on a wet towel when the cartridge is dragged against it - no problem there. I have reset the printer (pull the power while on and with cartridges in place) and that was no help. Also tried some trick to 'forget' the last five cartridges by power-cycling five times. I updated the firmware to the current version.

With all the mucking around in software and pressing various buttons at one point I actually managed to get a couple pages to 'print' - the cartridge carriage was moving and it certainly sounded like it was printing but two blank pages came out, then one page with some faint lines of type, and another page with some horizontal black lines and what looks like diagnostic information but it's only half-printed (image attached.) For the life of me I don't know what I actually did to trigger that but it gave me a sliver of hope.

Before we waste money on yet another brand new HP cartridge, could this be an issue with the printer itself - it just can't read cartridges in the black slot anymore? Since it's out of warranty and printers are cheap I guess I'll just give up in that case, but if there's a support trick they can give me  it's worth trying. As I said, the color is fine. 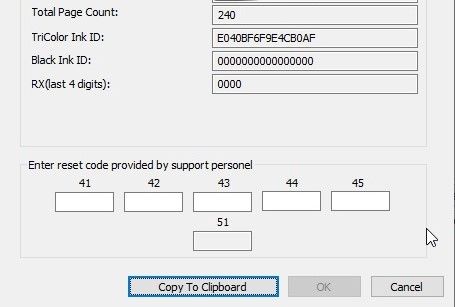 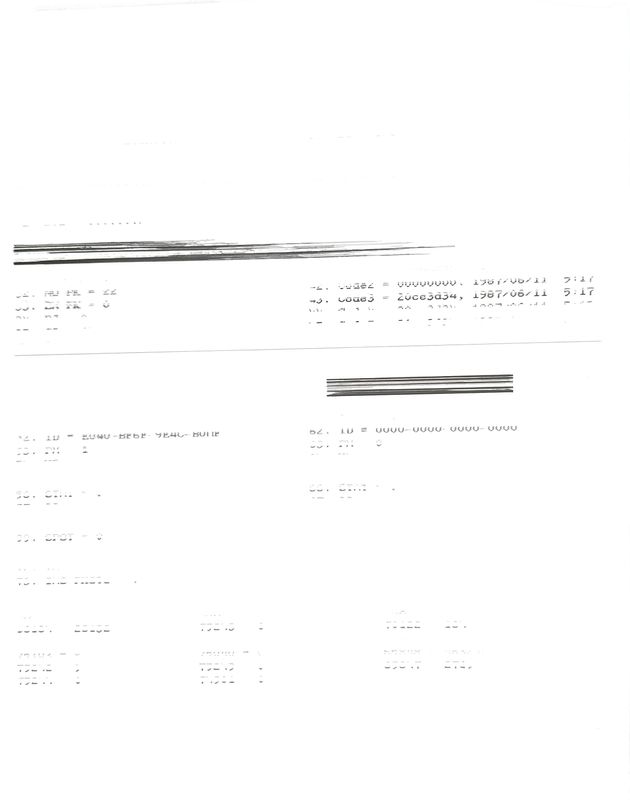 Update to say I broke down and bought a new HP genuine black 61 cartridge and it still does exactly the same thing. Reports that the cartridge is not intended for use in this printer, and the diagnostic report shows all zeroes for the cartridge ID.

Clearly there is a problem with the way the printer is reading ink cartridges in the black slot - can this be reset by support? Anybody from HP have anything to say?