turn on suggested results
Auto-suggest helps you quickly narrow down your search results by suggesting possible matches as you type.
Showing results for
Search instead for
Did you mean:
Options
8844R
Level 2
13 9 1 0
Message 1 of 3
114
Flag Post 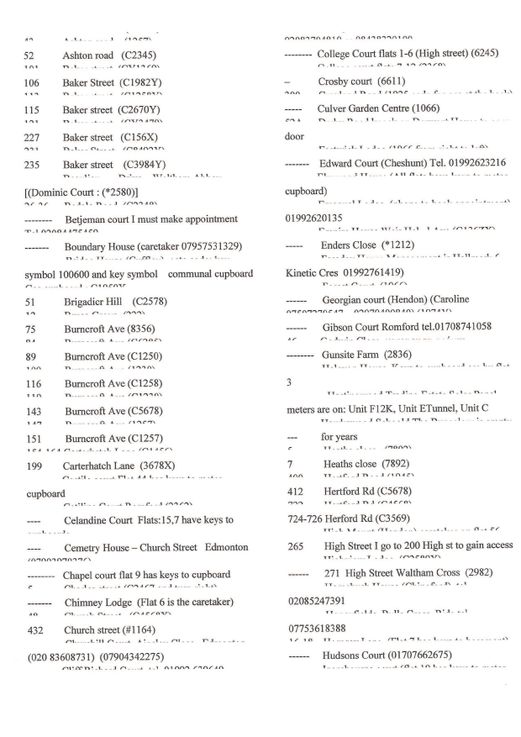 This is how my ENVY 5010 prints a page. I bought it last April that is less than a year old. I don't use it that often. I might  use it once a month or even less than that.  And i think because i don't use it that much it causes that problem. I cleaned and aligned the cartridges but the problem persists. What else can i do? It connects wireless  to my my windows 10 desktop PC.

Welcome to the HP Support Community. I'd be happy to assist you with the print quality issue.

To better assist you -

1) What's the application that you are trying to print from?

2) Are you experiencing this issue while making a copy as well?

3) Have you tried printing from a different device?

While you respond to that, try these steps - Print Quality Issues

Thank you. I was text messaging on WhatsApp  with an HP agent who helped me with this problem. I was with him for more than 5 hours. Anyway I'll mention here all the steps i followed to solve this problem.

I removed the black cartridge and gently shook it for some time and installed it back. Once installed I unplugged the printer from the back and left it for 30 seconds. Then I connected it back. Again the problem persisted.

I reset the printer. First I removed both ink cartridges. I closed the cartridge access door and did the following:

Then I installed the cartridges. I placed a document on the scanner glass. Using the COPY button on the printer, I made a photocopy. It printed out very good. However, when I printed a page from a word processor application it didn't print good. Again the same problem with the half printed letters.

Then I uninstalled the printer software by going to:

All Settings > Applications and Features > HP Smart (I unistalled it)

Then I restarted the computer.

With the printer being turned on

I went to All Settings > Devices > Printers & Scanners and I removed the printer.

Then I reinstalled the printer software.

Again the problem with the half printed letters persisted.

I checked the “Query printer and automatically select the device to use” option and then I clicked Next. I followed the on-screen instructions to add the printer with the recommended driver.

Then I installed a new black cartridge and the problem resolved.

I'd like to say the black cartridge I replaced was not empty. Yet that is what I did and the problem with the half printed letters resolved.

Funny enough after all the above another problem appeared. An exclamation mark appeared on the Ink levels on the printer screen. Also the printer status on my HP online instant Ink account appeared to be offline when it was actually online.

From the printer's screen I clicked on Setup > Tools > Restore Factory Defaults.

I reconnected the printer to the wireless network again and Setup Web services again. After this I refreshed the online account by signing out and in again. Problem solved.