It has been a while since anyone has replied. Simply ask a new question if you would like to start the discussion again.
Highlighted
CalibratedZeus
New member
1 0 0 0
Message 1 of 2
61
Flag Post

I am trying to print addressed 5x7 envelopes. I had an old Photosmart that I was doing this for years with and had a separate word doc for each address formatted how I wanted it. I started to print them, with the new OfficeJet I recently purchased after my old printer died, and have had some strange results hopefully someone can help me with.

First envelope prints perfectly fine, second one prints the leftmost letter which was the third line down and the "F" in Ft. Lauderdale. Then the printer feeds the envelope about 2.25 inches and printed the rest of the label. Try my next address and it prints fine, go back to the previous and same exact misprint.  I figure it may be the formatting of the one file so I go to the first envelope I printed, type everything in and the same misprint happens. Go back to the original address and it prints fine.

I have tried to convert them to PDF first then print but the same misprint. I did some in google docs and the original misprinted address came out fine but then other different ones had the misprint. Restarted the PC and printer, re-aligned, did everything troubleshooting I could think of. Got 2 correct prints in a row then another jump. Tried different fonts, margins, I just don't get it... 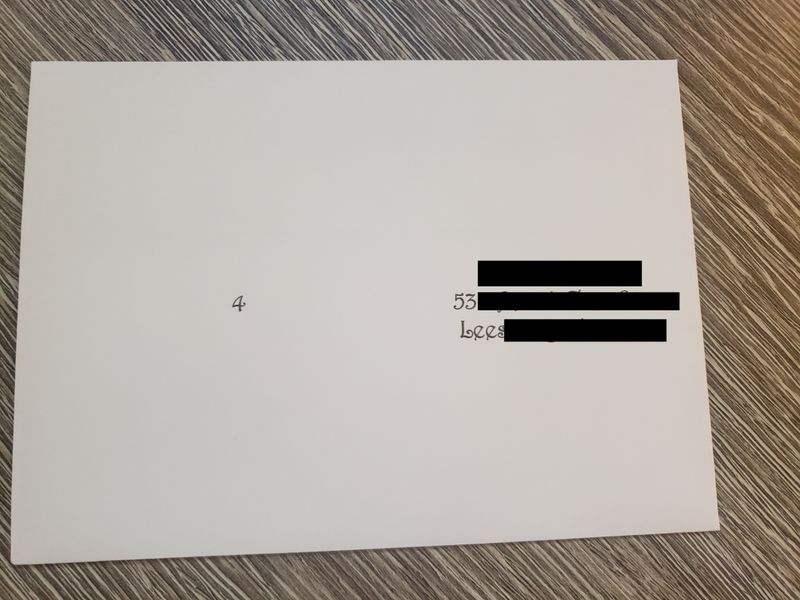 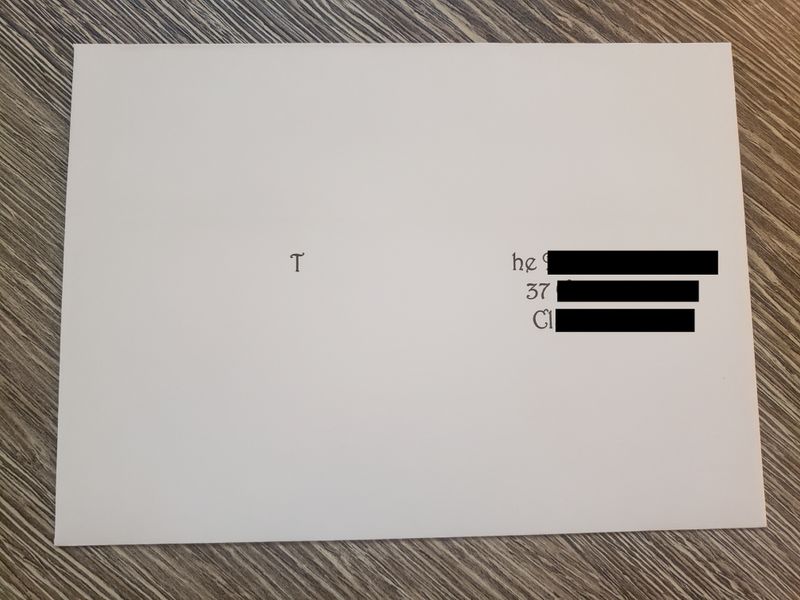 This was in google docs, it flipped the direction it was printed in so I had to flip the envelopes in the feed tray, but it printed it the opposite direction so the right side's first character got printed before the jump (this was after it had printed two that were misprinting in word perfectly fine): 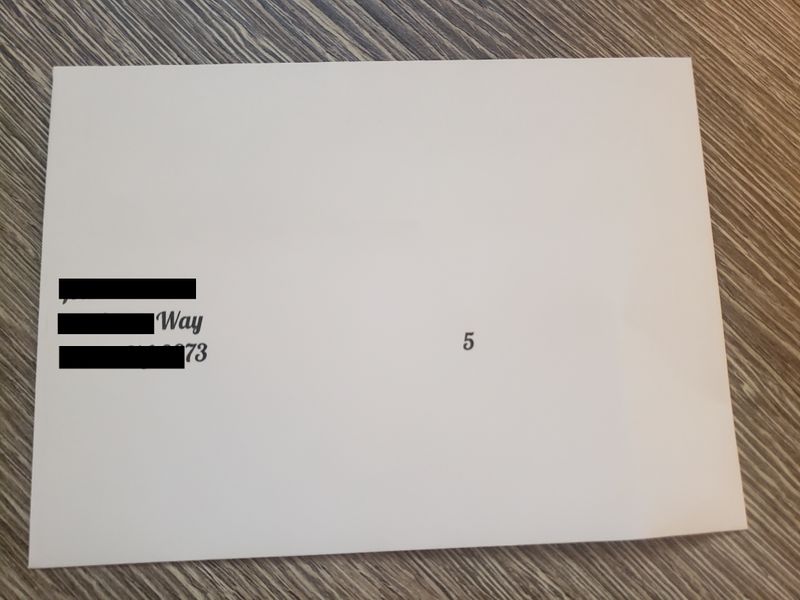 I have tried with a few different page size settings in the original format and through the printer. Text boxes, no boxes, plain formatting, font, size, etc. It seems totally random but the ones that work, work correctly every time. The ones that don't work do the misprint every time, with maybe the exception being google doc vs word. But even then ones that work in word might not work in google and vice-vera. I tried restoring every setting I could to default as well. This is driving me nuts and any help would be greatly appreciated.

I have been screen capturing the text, cropping and saving as a jpg in paint, then inserting the picture into word to print and everything has printed perfectly so far, but this is very time-consuming.

I reviewed your post and I understand that you are facing issues printing envelopes.

I recommend you follow the steps in the below article and check if it helps.