It has been a while since anyone has replied. Simply ask a new question if you would like to start the discussion again.
ronindallas
New member
1 0 0 0
Message 1 of 2
83
Flag Post

I have the same problem as a number of other HP printer users. When printing BLACK text only, there are horizontal white bands through the text. Colored text is not affected. Images are not affected (even if they are simply black rectangles). The white bands are not evenly spaced vertically.  As you can see from the picture below, I first created a tall gray image and then underneath it put numerous lines of text. The image was printed fine, but the white bands occurred through the text.

I have tried all the solutions that have been proposed. I have cleaned the contacts on the cartridges. I have done the hard reset by following the instructions to unplug the printer. I have run the cleaning processes numerous times. Nothing has worked. The printer was working fine until about the first of November. I left on vacation for that month, returning in early December. I believe I left the printer on during that time. I didn't print anything for a week or more after my return, but beginning about December 15th I did try to print some documents. At first, no black text would print at all. After numerous cleanings and a removal and reinsertion of the cartridges, black text did start to print but the white bands appeared.

I am happy with my printer, and don't wish to have to buy another one, so I am hoping that with all this information SOMEONE will be able to offer me a solution. I have seen references to printing problems after a Windows Update, but don't know if an update has occurred since my return.

Thank you in advance! 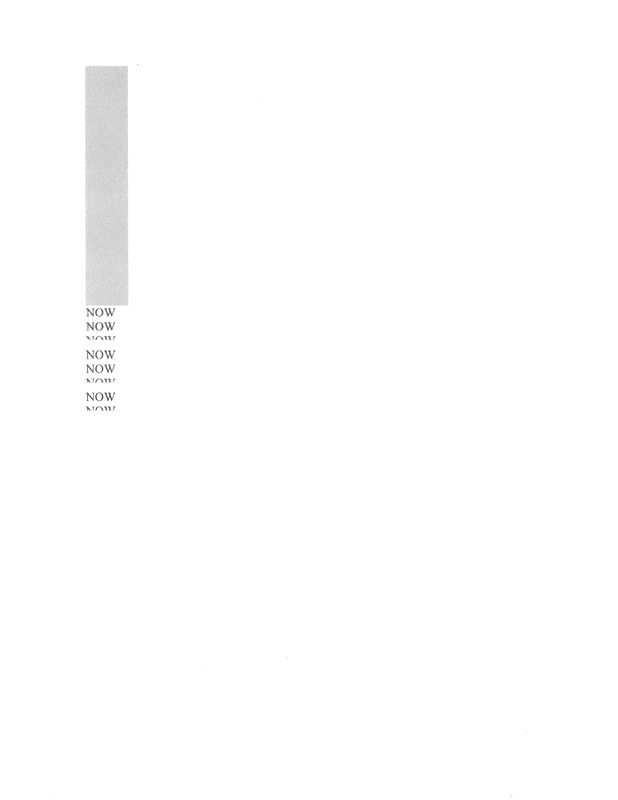 Manually clean the area around the ink nozzles

You can refer this HP document for more assistance:- Click here