Since the first day out of the box, the Envy x360 audio frequently stops working and requires reboot just as often in order for sound to work again. During the problem, there is no sound--neither from either speakers nor headphones. This problem only happens after laptop is closed, goes into sleep &/or hibernation, and is later switched back on; it never happens in the middle of being on & running.

Lastly, during all sound tests with Windows, audio levels graphics respond as if sound is playing even though it is not. 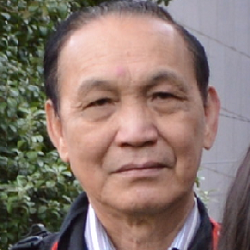 Hi-- thank you for the reply.

Any other possible solutions??

Hi-- thank you for the reply.

Any other possible solutions??

If Anyone out there knows of a possible solution for this basic audio functionality that I haven't already tried, then please share.

I welcome ideas--and I would love to prolong the life of this expensive, newish laptop and avoid reboot several times a day.

Hi, I’ve the same laptop and can assure I’ve been facing the same issue. This happens mostly when you switch the laptop on from when you closed it or enters hibernation.

can someone bring this to their notice as its quite annoying.

Any solutions not listed here that I haven't already tried???

(The measly 1-year warranty on this laptop just ended, so I can't get any help from HP.)