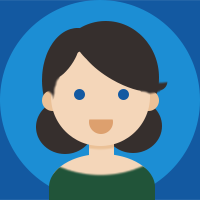 The Stream models only have a tiny 32GB "drive" -- with nowhere near enough space to do a reset.  By forcing that, you have corrupted it to the point it will not now boot into Windows.

Ordinarily, when a laptop no longer boots into Windows, this means that the boot records (known as the BCD) have become corrupted due to a failing drive and running diagnostics confirms this to be the case. Folks then replace the laptop drive, use the HP Cloud Recovery option and a 32GB USB stick to make recovery media, boot their laptop from that media and do a full restore.

With this PC, this is a much more difficult situation.

First, this PC does not actually have a laptop hard drive. Instead, it has a memory stick configured to work like a "disk drive" -- so, it has a stick of EMMC memory instead of an HDD. This is very small, usually 32GB, so it is too small to do any major Windows Updates since Windows takes up nearly all of the "drive".

Thus, you can try running diagnostics to test the drive -- but if it fails, you will have to take this PC to a laptop repair facility to have them replace the SSD. You can not replace it yourself.

To check the drive you have to follow these steps:
1) Press Esc key repeatedly, several times a second, while rebooting the laptop. Do NOT hold the key down, just press it over and over.
2) Eventually, you will see an HP Startup Menu
3) Press the Function key for testing the hard drive (usually F2) and let it run.