Hello, the touchpad on my HP laptop is unresponsive. The buttons and the pad are not working. When I check my Device Manager, I have to select "Show hidden devices" to see the touchpad under Mice and other pointing options. The touchpad has a warning sign and when I check its properties,  the status reads This device is not present, is not working properly or does not have all its drivers installed. (Code 24). 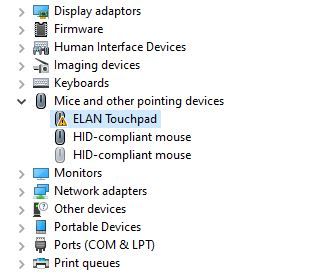 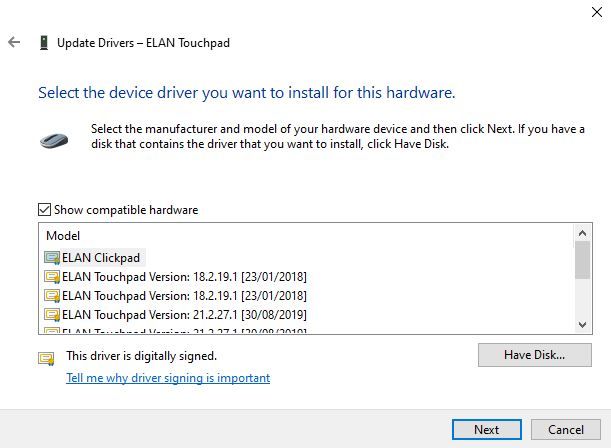 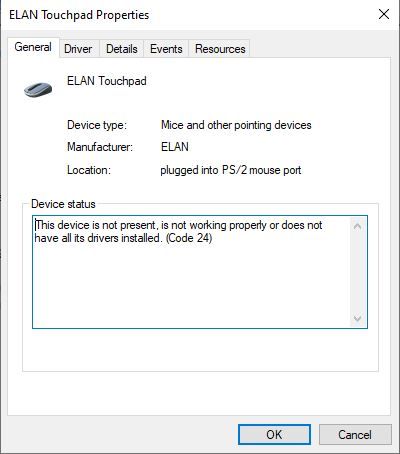 I have done some research online, and found that this issue can sometimes happen if the system is due an update, my system was actually due an update, so I updated the OS but the issue remained. I tried updating drivers automatically, for which they appeared to be up to date. Instead, I manually did it using the options in the touchpad's properties, and even though the drivers appeared to update (these drivers were already present on the laptop - the latest one I installed was ELAN Touchpad Version 21.2.28), the problem remained. I followed the steps outlined in this YouTube video, the only step I didn't follow was uninstalling the device, but I did try the update to the system registry. I updated the PC after every change as requested when a driver is updated or as described in the linked video. My knowledge of altering the registry is quite limited so perhaps there are other steps I can try here?

I have attached some screen grabs of the Device Manager and the list of drivers present on this PC. The laptop wasn't dropped or anything like that, I just turned it on from Sleep mode and first of all, the mouse was flicking around the screen vigorously when I touched the pad, I restarted the laptop using the keyboard keys when this happened and when the laptop turned back on, the touchpad was unresponsive. I have never experienced any issue with this laptop before.  Hopefully someone can point me in the right direction for getting this fixed, thank you 😊