Hi,  I am having trouble with my HP Spectre 360 lately. As a matter of fact, it all started a few weeks after this message first appeared: 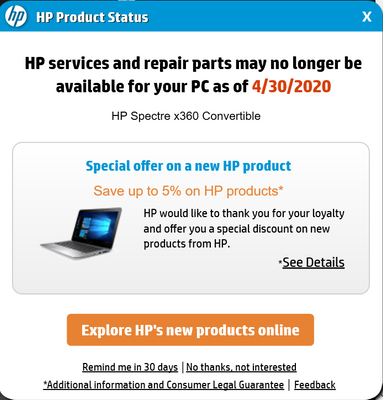 Funny coincidence, but soon after I dismissed the above, I noticed how my battery stopped charging. It's status was just 'plugged in'. It would drain overnight, when laptop was off and disconnected from mains. It would not charge with the laptop off, either.

So I started reading around, especially the various threads here. It seems that half of the Spectre owners have some variant of this problem. Speaks volumes about the quality of the 'ultrabook'. Anyway, I tried the suggested steps to troubleshoot it:

3. Uninstalling the battery controller in the device manager, hard shutdown, leaving the laptop to rest for 45 mins to an hour, switching it back on again. 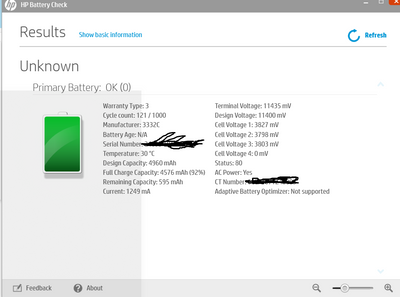 5. Running the same component tests via the bios screen. All components fine, except the battery: 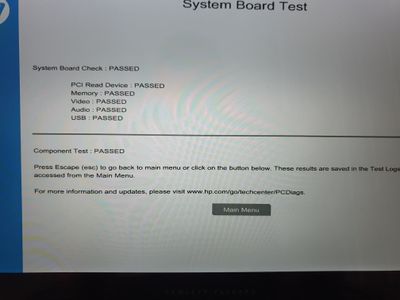 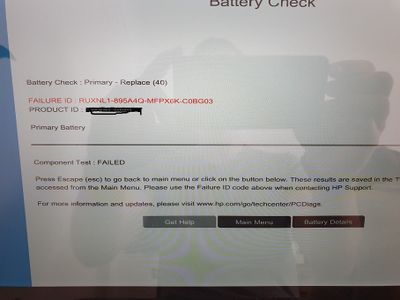 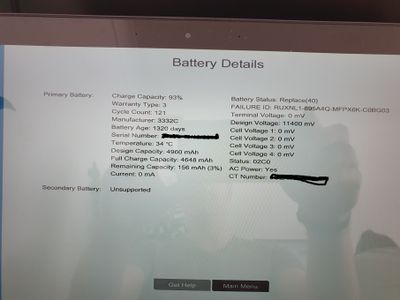 As my device is out of warranty, I did not even call HP support, even phone consultations are supposedly charged. Taking the laptop to a physical repair shop was out of the question - it's covid-19 this year, lockdowns in full swing and all, so all the HP repair centres in my city are still closed.

So I ordered a brand new battery. Replaced it. It's still showing plugged in. Charging is not happening. No way to calibrate - it fails the test. The HP PC Hardware Diagnostics tool fails the new battery this time. The bios test as well. Apparently, it's a blown fuse. On a new battery? I don't believe I did anything weird to it or the machine itself, while installing it. I followed the abundant instructions when doing the replacement procedure. 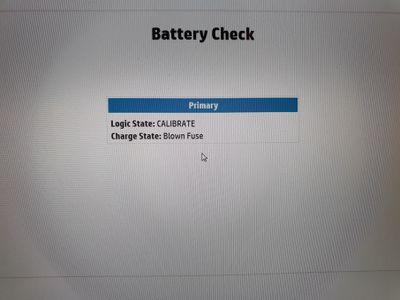 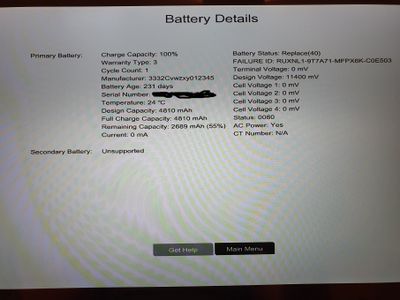 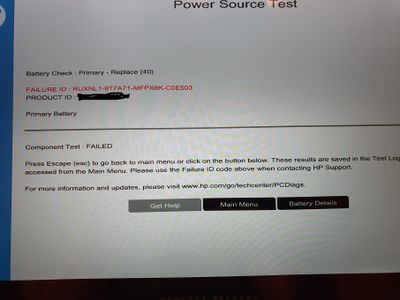 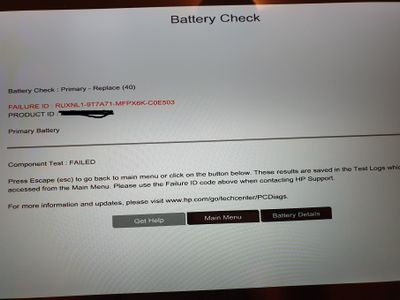 So what are my options now? Battery does not seem to be an issue, since I got a brand new one. The diagnostics tests do not pick up any issues with other components. Does anybody know what the cause of this battery failure might be?

Is it a genuine HP battery? From where did you get it? Do not lightly dismiss the chance of buying a defective battery. But also please provide the full model number of the laptop.

2016 variant does not help either. There is a model series specifically known to be subject to blown capacitors on the motherboard which prevent charging of the battery and eventually evolve to a no power situation. If you have one of those specific laptops it may be possible for you to get out of warranty help from HP. No guaranties as I have no authority, just saying what I have seen happen.

If my case would turn out as described, did I understand you correctly - am I to expect the laptop to stop powering up even on AC adapter power supply, soon?

That model is one of the ones I was talking about. Unfortunately yes. Many of that model series stop charging and weeks or months later stop working at all. There are high-tech shops that will rework the motherboard to replace the burned capacitors for like $150 US. A replacement motherboard costs several times that much and any kind of repair involves reworking or replacing the motherboard. Feared diagnosis can only be confirmed by disassembly and inspection for burned capacitors around the charging port.