It has been a while since anyone has replied. Simply ask a new question if you would like to start the discussion again.
Highlighted
like-a-linda
New member
1 0 0 0
Message 1 of 1
73
Flag Post

Update: I am a complete idiot, I did not realise that this is an inbuilt cover that can be manually operated by the little lever just above the camera (it's even visible in the picture). I am really sorry for my stupidity 😅

I have an issue with my inbuilt webcam. For some reason, it "deactivated" itself. I don't know why or how, but after not having used it for some time (leaving it covered) I can not get it to display an image anymore. My apps (e.g. skype, hangouts or the camera itself) will activate it, but there's only black screen with some slight light falling in. This seems to be caused by some kind of striped cover that appeared in front of it (picture provided, the weird layer is behind the glass). 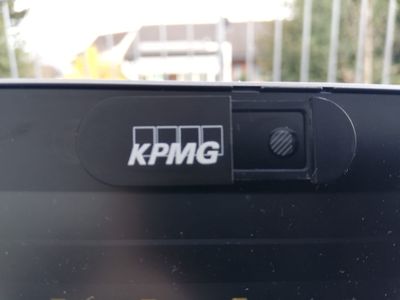 I need my camera for my studies currently and I already managed to get rid of that "layer" once, but I can't remember how and it returned after a day (at first only covering half the camera, then all of it).

I already tried installing a new universal camera driver (from the HP website), looked for updates in the Device Manager for both Camera options (HP Full-HD Camera and HP IR Camera) as well as the one in Imaging Devices (Brother MFC-J4710DW) but nothing has worked.

I'd be extremely grateful for any kind of help or information.