So, the problem is that 4gb of my ram are "stuck" with the video card shared memory.

I told the HP help center, but i didnt get the answer that i was looking for.

Here is the hole discussion (in portuguese): https://h30487.www3.hp.com/t5/Hardware-para-notebooks/Mem%C3%B3ria-compartilhada-da-placa-de-v%C3%AD...

Okay, thank you for helping me.

The point is that they (Hp here in Brazil) told me that this memory controls and delivery itself for when you are using the computer for games or some type of heavy work like idk photoshop. But I went and added almost every program from task manager memory bar and my limit is 4gb of ram.

The only solution that I have found is by changing the size of the shared memory in the BIOS, but that is almost impossible, once that, the HP bios does not allow  any futher changes like that.

In that case, I would suggets you perform the system reset.

You have a choice of two methods to reset your computer.

Thank you for the advice, but I tried that when the HP team in Brazil was trying to help me, I did the fresh start, I kept my personal data and instaled Windows again. As soon as the pc booted up i went to the task manager and the memory was the same, 4gb for the shared memory and 4gb for RAM. 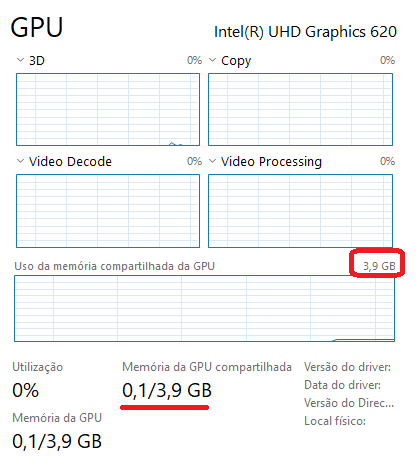 Since you have already tried most of the troubleshooting steps to resolve this issue. I would request you to contact our Support and our Support Engineers should be able to Remote into your computer and sort this out. HP Support can be reached by clicking on the following link: www.hp.com/contacthp/

Okay, thank you very much. How do I do it? I just use the remote assistence in Windows? You will contact they or by acessing the link I can do the same? Because I never did this before, so I don't know how to do it, but again thank you.

By just following the link you will be able to reach our remote support team. Once you reach the team, they will take control over your computer and check the details regarding shared video memory.

I followed the instructions on the site and put my SN number, the product name, and the product ID, but it said that I don't have the HP support anymore, must be the fact that my warranty expired. Thank you guys for trying to help me.

This is the page in brazilian portuguese: 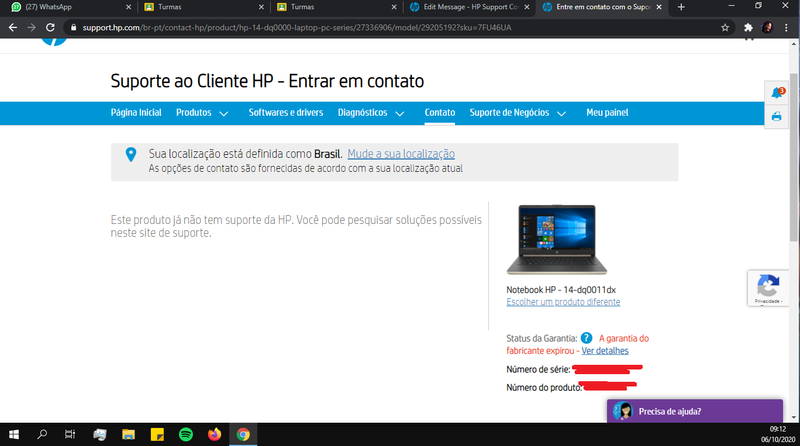 By changing the location I was capable of finding more results, but nothing related to a Hp professional, that could help me. 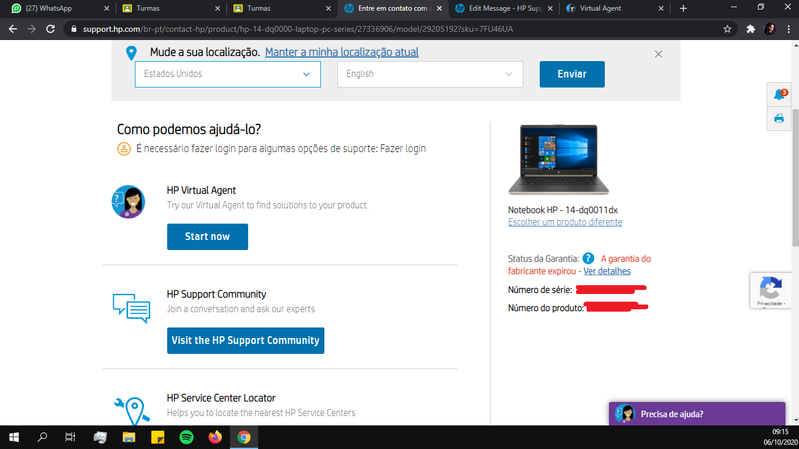