False hardware failure positive. Systems test IRQ Failure isn't actually a failure it's a diagnostic tool floor. It gives off an error because it expects you to be using both a wired and wireless network to be tested which isn't often viable. I had the same issue but when doing the components Wireless and Wired IRQ test I realized there's nothing wrong except that I'm not connected to a wireless network in order for it to be tested. In my case as well as many others this is a false positive. There's no hardware failure. If you are still unsure do a components check. 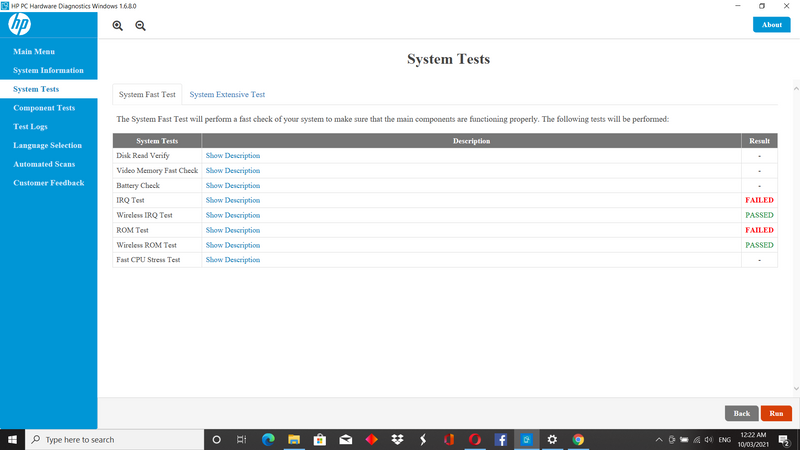