Laptop appears connected to wifi but gets no internet

Hi, our HP Envy 360 laptop stopped getting internet (browsers, email etc) despite indicating it's connected to wifi. First happened a few days ago, then after several restarts it worked. Today it's been off internet for hours despite >10 restarts. Our other devices work fine with home wifi, so we took the laptop to a restaurant, same result: it appears to connect to their wifi, but gets no internet (while our phones got internet fine on their wifi.)

I'm more a Mac user and  don't know a lot about pcs. The wifi card appears to be Realtek RTL8822BE 802.11ac PCIe adapter. Someone posted that this is a known problem with that card (except the post said "ae" instead of "ac".) The post mentioned actions I do not know how to do but maybe could learn: bios updates, or how replace that card with an Intel if needed?

Also I have an ethernet cable I occasionally connect from wifi router to the Mac. I hoped to try that, but this laptop does not appear to have that jack. Is there a cable or adapter to connect to internet like that?

(PS I tried to post this on notebook wireless board, sorry if incorrect, it keeps reverting to gaming notebooks.)

Thanks for your help.

(4) Let BIOS be installed until it's completely done !

Sorry to hear that you are having problems ... I would like to help you.

- Expand <Other devices> ? (Those entries are for hardware for which Windows has not loaded a suitable driver)

"Other devices"  I don't see that in Device Manager?

Will attach screenshot of Network adapters and Device Manager. Thx 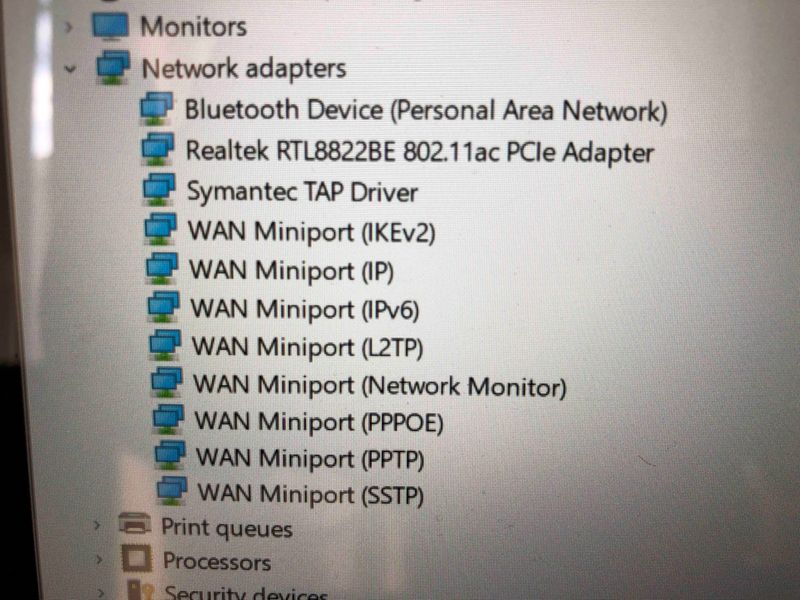 (4) Let BIOS be installed until it's completely done !

We wound up getting support from HP and this looks like what they did. It's now working. I will save these directions for next time. Thank you again.

We wound up getting support from HP and this looks like what they did. It's now working. I will save these directions for next time. Thank you again.

The pleasure is mine !