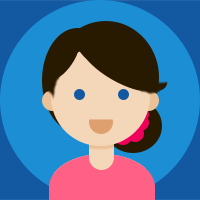 I have been battling Wi-Fi Connectivity Issues for the past 3 years.  The first problem was that when i connected to a wireless network (ANY network) it would disconnect as soon as I clicked on the browser and I would have to re-connect.  It would do this anywhere between 5-10 times before it would stay connected.  I even tried not clicking on the browser or opening anything at all once I connected and it would stay connected until I clicked something.  So I somehow fixed that (don't even remember what I did since I have literally tried EVERY SINGLE SOLUTION that is mentioned anywhere on the world wide web for all of these issues).  Then I started noticing that my computer would be connected and only have 1 or 2 "bars" of Wi-Fi (i.e. weak connection) yet my phone was connected to the same network and in the same spot as my computer would have all bars of Wi-Fi.  So I went on the hunt again to figure this out and ended up deep into settings for TCP/IP and UDP settings, ports, DNS Client; everything short of going in and poking around in BIOS (the one thing I am terrified to mess with).  Never did really get it to get better signal.  However what did happen was that it began connecting to public Wi-Fi very hesitantly, I would click connect many many times and it would say that it couldn't connect, then it would connect but with limited connectivity (connected but no internet), then generally after about 30 minutes of messing with it I would stay connected to the network for as long as I wanted.  If I disconnected and immediately tried to reconnect I was back to the 30 minute hassle of getting a connection.  So that was bad enough, but now it won't connect to the McDonald's public Wi-Fi AT ALL, while I have 3 different phones that do connect and run great on it.  It will connect to some other public Wi-Fi, but it doesn't have very much speed at all.  As a matter of fact, my AT&T phone is on slow data right now and the speed test using that data beat the speed test for Dairy Queen, Dollar General, Tudor's, and my local fire department's free Wi-Fi access; only on my computer though, all the phones I have blow my slow data out of the water.

So in conclusion I am now able to connect to my own mobile hotspot and any secured networks without issue, except that the "signal" my computer is using from these Wi-Fi's is not even half of what it should be.  Plus now I can't connect to the McDonald's Wi-Fi on my computer, which was really awesomely fast the last time I used it.  Yes I have tried EVERYTHING, and I do mean EVERYTHING  but have yet to find a permament fix to these issues.

I got this computer in March of 2016 and literally out of the box it was a piece of crap.  EVERYTHING is slow on it and has been from day one.  Just clicking to open a folder can take a solid minute before it actually opens.  It is now called the crappy excuse for a computer, the one marauding as a computer, etc.  I had an HP Laptop back in the late 1990's and loved it, then around the early 2000's I got a Dell Laptop and hated it at first because I was used to being all up in the folders and doing maintenance myself without the aid of programs and every time I clicked on a folder it would tell me that I didn't have permission for that.  It didn't take me long to figure that out and change it though and it was a great computer, the DVD/CD Drive quit working around the end of 2015 and then I ordered this one.  I realized how good I had it with the Dell because Windows 10 was an absolute horrid culture shock that I still to this day HATE.  It took me quite a bit of time to figure out how to set it up so that I wasn't being asked for administrator permission every time I looked at the daggone thing.

I am at my absolute wit's end with this parody of a computer and have just given up on fixing any of the issues anymore.  If anyone would happen to have any suggestions that you have never seen on the internet (or only seen listed on one site) I am all ears.

Also I have no help files anymore,  the window is blank when opened and doesn't do anything when you search for something, none of the troubleshooters have EVER found anything wrong even when I have, my bluetooth was messed up the other day and would not allow anything to be sent to the computer but could send from the computer (I got that fixed).  It is also worth mentioning that I have fibromyalgia and MS which makes working on this stuff a million times harder with the brain fog and inability to concentrate enough to understand what I am reading and remembering what steps to take without having them written in front of my face the entire time.

AFTERTHOUGHT: Does everyone else have like 10 network adapters and had trouble figuring out which one you were even supposed to use?
Reply
I have the same question
Tags (3)
View All (3)